NIKON Z5: Dual SD card slots make their first appearance in Nikon’s Z5, the latest addition to its full frame mirrorless line-up, along with a higher-capacity battery that supports USB charging. The Nikon Z5 is a great little camera that is fun to use and can take excellent photos. If you shoot a lot of video, the Z6 will be better choice because of its full-pixel readout using the full sensor width for 4K video recording.
RRP: $2449 body only 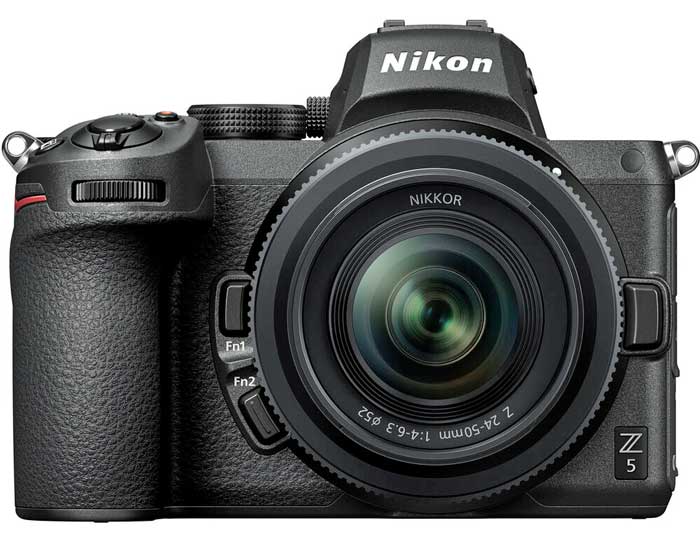 Announced on July 21, the entry-level Nikon Z5 has a front-illuminated 24.3-megapixel CMOS sensor, rather than back-illuminated like the chip in the Nikon Z6. But it uses the same Expeed 6 processor and also includes 5-axis in-body image stabilisation (IBIS) with up to 5 stops of shake correction plus the same 273-point hybrid AF system and 3.69 million-dot OLED EVF. Its body is a bit smaller and lighter but has the same degree of weather sealing. The Z5’s native ISO range is limited to ISO100-25,600, while the Z6 goes to ISO 51,200 and will deliver better performance at high ISO settings. The Z6 also has better continuous shooting capabilities, with a maximum frame rate of 12 fps, compared with a modest 4.5 fps for the Z5. 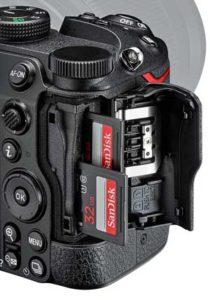 Monitor resolution is reduced to 1.04 million dots in the Z5, compared with 2.1 million in the Z6. The mode dial on the Z5 lacks the lock found on the Z6 but it’s easier to access. Like the Z6, the Z5 can record 4K video at up to 30 fps (25 fps for PAL users), although the Z5’s 4K footage is cropped and there’s no high-frame-rate recording option. Both cameras support the same recording settings, with a top resolution of 4K video at 25 fps (PAL format) or Full HD at 50 fps. But, while the Z5 includes electronic stabilisation for video, it involves additional frame cropping and N-Log recording is not supported.

Imatest image quality testing showed the Z5 to be as competent as the Z6 in both the appearance of image files and resolution. Autofocusing was generally quick and accurate in stills and movie modes. Subject tracking worked best in the Dynamic-Area AF mode and video clips looked good when played back on a 4K TV set.

1. The Z5 features the same five axis In Body Image Stabilisation (IBIS) as the Z6, with up to 5 stops of shake correction with all lenses – including legacy F-mount lenses.
2. Although the effective resolution of 24.5 megapixels is the same as with the Z6, the front-illuminated sensor in the Z5 and covering low-pass filter will slightly reduce its resolution potential compared with the Z6. 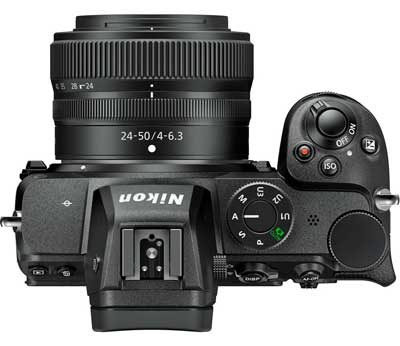 3. The hybrid phase- and contrast-detection AF system is identical to the one in the Z6.
4. Like other Nikon cameras, the Z5 can record NEF.RAW files with 12 or 14 bit depth, either compressed or with lossless compression. However, uncompressed recording is not available.
5. The Z5’s maximum continuous shooting rate is only 4.5 frames/second but the buffer memory can accommodate up to 100 frames, regardless of the file size or format.
6. The Z5 supports 4K video recording, although with 1.7x frame cropping. No cropping is applied to FHD 1080/50p recording. The Z5 also provides a DX-based movie format which crops the long axis of the frame to fit into the 1.5x crop applied when the camera is recording stills in DX mode.
7. Peaking and zebra displays are available for monitoring focus and exposure levels while shooting video and still images can be recorded silently during recordings.
8. Microphone and headphone connections are provided, along with attenuator and wind noise filters for minimising ambient sounds. Time-lapse movie recording is also available.