Nikon Australia has announced March availability of its new flagship DSLR, the D6. While we aren’t supplied with local pricing, the camera is US$6500 body only, which would be just under $10,000 excluding GST. 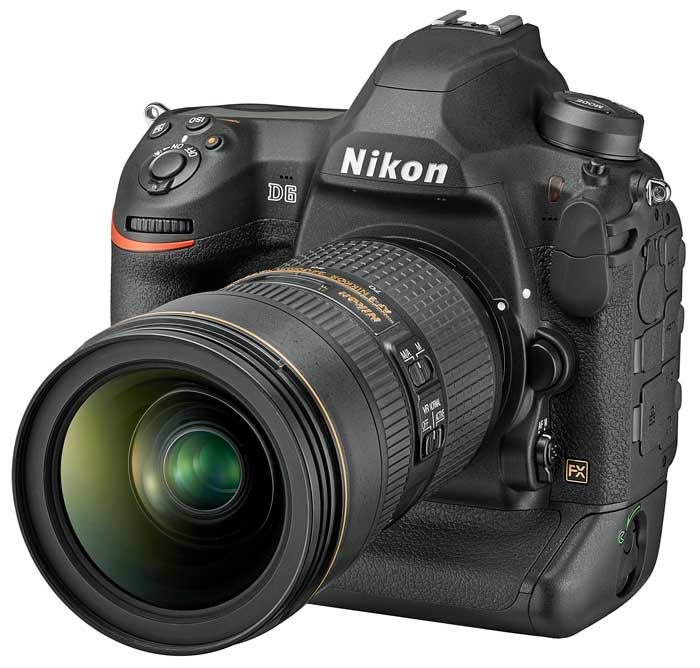 The D6 has a newly-developed, 105-point AF system in which all the focus points utilize cross-type sensors and all points are selectable. Nikon claims AF coverage 1.6x denser than the D5. It also has an expanded focus detection range, increasing the detection area for single point AF and dynamic area AF, for easier focus on a subject ‘even when slightly outside the focus point.’

The D6 comes with a new EXPEED 6 image processor, and a 14 fps mechanical shutter with full AF and AE. It can shoot completely silent at 10.5 fps. For faster frame rates, the Nikon D6 is able to take 2-megapixel images at around 60 fps and 8-megapixel images at 30 fps in Live View mode.

It supports the same 1000BASE-T Ethernet standard as the D5, with an approximate 15 percent increase in transmission speed. For wireless networking, it has built-in 2.4- and 5-GHz Wi-Fi, or traditional wireless transfer using the WT-6 Wireless Transmitter (optional).

Other features:
– 14 customizable buttons, assignable to any of 46 unique function choices and a new intuitive menu system;
– Priority Image Transfer gives the ability to move an important image to the front of the queue  by swiping the touch LCD during playback;
– Security lock compatibility supports connection of anti-theft cables to provide maximum security for remote applications or when the camera is unattended;
-Built in GPS;
-Dual CFexpress slots;
– Simultaneous recording of two JPEG images with different image size and quality settings – convenient for separating images that will be transmitted from those that will be edited;
– A new interval timer mode to retain the best resolution and enable in-camera time-lapse movie file recording for 16:9 4K Ultra HD video;
–  a magnesium alloy camera body and extensively weather-sealing.

– That’s a concise version; for the full enchilada with extra cheese, here’s the local press release:

Nikon reveals its most advanced pro DSLR with the new D6

Sydney, Australia, 12 February 2020 – Nikon Australia has launched the new, highly anticipated D6, evolving its flagship DSLR with the industry’s most advanced technologies and imaging expertise. Making a mark on Nikon’s history in camera innovation, this top-of-the-range camera brings professional photographers the ultimate in performance and reliability.

Ideal for the world of sports and photojournalism, the D6 offers cutting-edge features to meet even the most grueling demands of the industry. Revealing Nikon’s most powerful all-selectable 105-point autofocus (AF), the new DSLR is complemented with crop sensors in high density sensor arrangement and an ISO sensitivity of 102499. With approximately 14-fps[1] high speed continuous shooting and fast, versatile connectivity options, this camera allows you to catch all the action in the heat of the moment.

“The D6 reinforces Nikon’s DSLR advantage in sport photojournalism. The rapid movements of athletes can be beautifully captured by its quick reactions, without hesitation or interruption in the crucial moments. Speed in accuracy, operability, communication and transmission, this is the D6 – it leaves nothing to chance,” said John Young, General Manager of Marketing for Nikon Australia.

Intuitive as your instincts
Using the precise tracking on the new D6, you can effectively focus on a desired subject without changing composition from the all-selectable 105-point AF with all cross sensors that align to a higher density sensor arrangement to reduce the non-AF covered areas.

Even in dynamic-area AF and 3D-tracking, you can maintain the focus and follow the action with the new AF engine with improved tracking performance. The AF engine also contributes to keeping the subject tack sharp on your viewfinder while using the approximately 14-fps[1] high-speed continuous shooting with full AF/ auto exposure (AE) tracking.

When the subject is moving erratically and swiftly, the ‘Wide’ selection in single-point AF and dynamic-area AF modes keeps the subject in focus and avoids focusing on the background. Focus points in group-area AF can also be customised while auto-area AF allows for the focus starting point to be set.

The enhanced subject detection and tracking performance, alongside focus priority on a subject’s eye[2] when using auto-area AF or 3D-tracking, can be experienced with Nikon’s Advanced Scene Recognition System. This is a powerful combination from a 180K-pixel RGB sensor, the EXPEED 6 image-processing engine and the new dedicated AF engine.

In live view photography, the Nikon D6 silent photography is available in full megapixels to shoot up to approximately 10.5-fps[3] with AE tracking. When the camera is on a tripod and mechanical blur can occur, the silent time-lapse and interval time photography are valuable features. 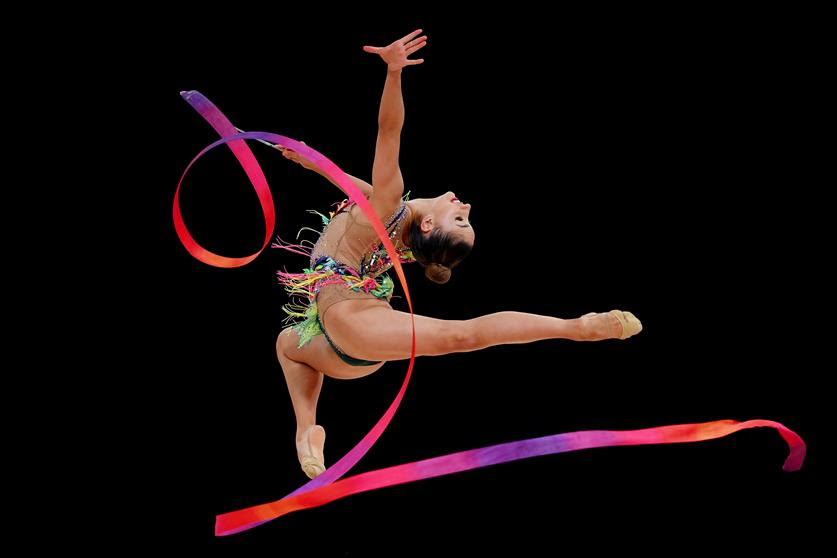 The fast and furious
From the moment when an athlete reaches the finish line with a new record time or scores the goal for the decisive penalty shoot-out, fast image transfer is essential for photographers.

The Nikon D6 delivers approximately 15% faster communication via wired LAN while inheriting the D5’s highly acclaimed 1000BASE-T standard. Communication via built-in Wi-Fi and WT-6 is also an option for the wireless LAN. Photographers can also prioritise important images to upload and be transferred first via Wired LAN and WT-6/A/B/C. The camera is also supported by the SnapBridge app to transfer RAW files to smart devices instantly.

The frequently used settings are simple to find with touch operation during playback. The settings are easily applied with a flick operation, and options include sending and protecting files. Other features that further boost post-shooting operations are playback card slot selection, playback switch between simultaneously-recorded images, filtered playback and ratings addition. Those looking to work fast and clear unwanted pictures in a hurry will be pleased with the simultaneous deletion feature, allowing for multiple recorded images to be deleted in one operation.

Further boosting efficiency, simultaneous recording of JPEG+JPEG images will ensure large JPEG files are kept for editing and other small or medium JPEG can be recorded as a transfer option.

Ideal for those at an event-shoot, these features will allow you to integrate workflow and transfer files conveniently and faster to editors and clients. 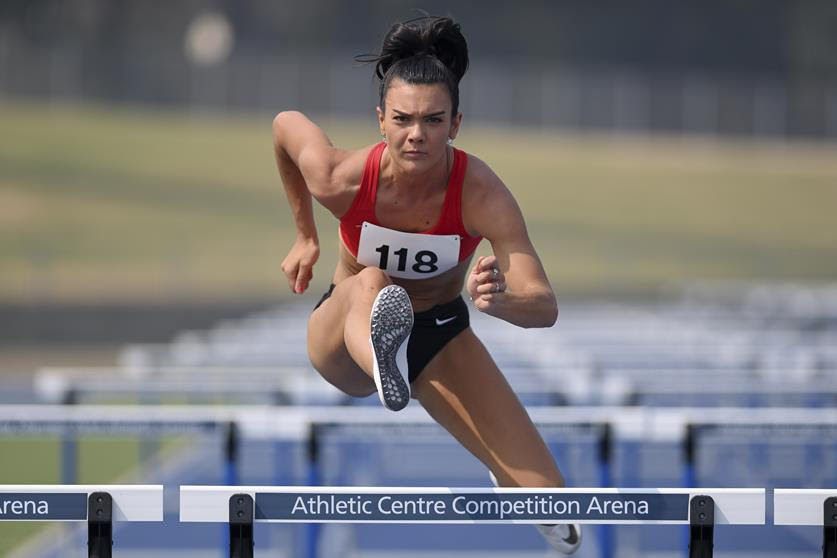 Reliability you can count on
The D6 offers refined usability from the D5 to ensure it delivers the desired shots without compromise. From its firm grip to improved illuminated top and rear control panels, and the addition of the Kensington lock-compatibility, the camera allows you to concentrate on your craft. Nikon’s new flagship DSLR also takes a page from its predecessor’s absolute highest-level durability, heat resistance, weather and dust resistant performance.

For a refined view and comfort of the eyes, the new optical viewfinder helps to achieve approximately 0.72× magnification with approximately 100% frame coverage. Reproduce smoother bokeh with easier confirmation of the area where focus is achieved thanks to the adoption of the “Clear Matte B” for its focusing screen.

To handle the camera’s incredible burst shooting capacity and keeping the buffer clear, the camera further supports usage of XQD and CFexpress memory card and has a dependably long battery life.

The comprehensive ecosystem of the D6 includes both hardware and professional support from Nikon’s extensive range of compatible NIKKOR F mount lenses with various focal length and aperture values. The Nikon Professional Services (NPS) is also ready to assist its members on both local and global levels.

The Nikon D6 is truly the complete system, providing a total solution that caters to all professional needs. 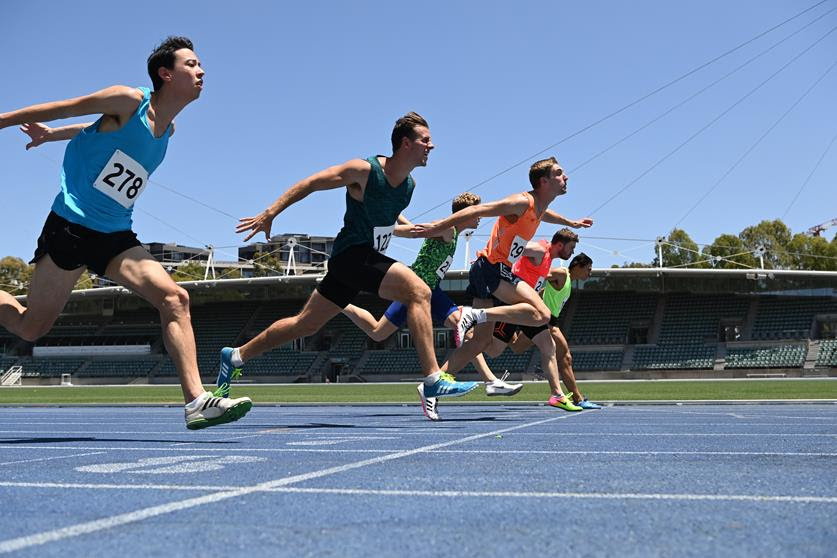 [1] Depending on lens, aperture, etc.
[2] When phase-detection AF is in use using AF module
[3] With AE tracking and fixed AF

Availability
The new D6 will be available from March. For more on the new D6 and other Nikon products please visit www.nikon.com.au.