Gael Newton on managing the archives

Australia’s finest photography curator and historian, GAEL NEWTON, is delving into the fascinating topic of how the archives of leading Australian-based photographers are managed, in both their later retrospective years or posthumously:

For many years I have been interested in what happens to photographers’ whole of life archives — only a fraction of which will be accepted for gift or purchase by large public collections.

I felt there might be some sort of future job for graduates as archives advisors. Several interns were set projects.

The fate and legacy of the archives of my 1970’s generation of photographers and collectors is of special interest. My own dispersal of books and prints over the last five years has sharpened my awareness of how time consuming that process can be.

To remain posthumously active, photographers’ archives seem to require the dedication of relatives, associates and friends.

A large part of the Max Dupain personal negatives was productively managed after his death in 1992, by former associate Jill White, until final transfer to the State Library of New South Wales.

Among the interns projects I initiated; in the 1990s Annabel Dent interviewed a number of photographers on how they archived their own collections. 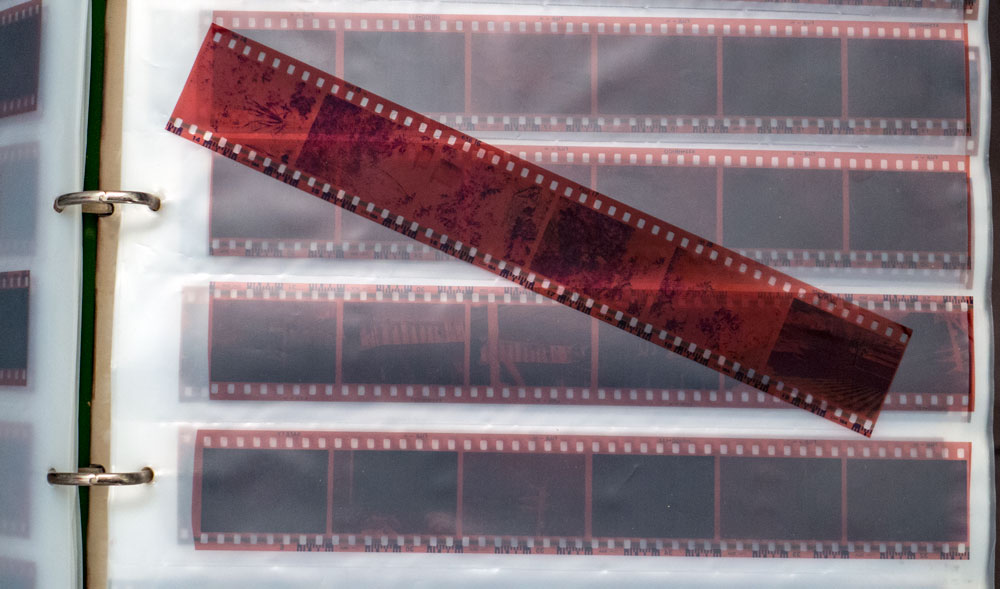 Click for the link to the David Moore archive.

At the other end of the scale there were working photographers with a passion for a low-paid arts area they loved, who faced a difficult future.

One had not even contact their negatives for decades and had them filed in boxes with only an occasional date or place name (the archive was later taken in by a repository). Others felt they could not turn down jobs to take time out for archiving.

David Moore was a talented artist but also meticulously organised and a businessman. On one visit to his beautiful home and studio at Blues Point, David unerringly pulled out a folder and opened it at almost the exact page to find an image for me.

David had shelves of ring binders recording contact sheets as an index. The negatives could be located as a result.

He was ever active planning exhibitions in his lifetime and forward projects for after his death from cancer.

His daughter, Lisa — a designer, runs his archive including vintage and posthumous printings and reproductions. It’s a big job running any kind of picture library let alone an artist’s legacy.

Belinda’s recent exhibition Glimpses of New England; John Fields was on the late work of the American-born, New Zealand photographer John Fields, who lived in New England from 1987 until his death in 2013.

John worked in a classic American style of richly toned and detailed black and white personal documentary photography. Such a locally focussed project is an excellent case of archive harvesting.

There isn’t much on the NERAM website but the review is helpful and there is a lot on Fields online. Let us hope his New England archive stays put. Click here for website

Other examples of privately managed photographic estate archives are:

Melbourne photojournalist and lifestyle witness of the 1960s-2000s Rennie Ellis died in 2003. His archive has been brilliantly served by his widow Kerrie and former assistant Manuela Furci .

Their program of posthumous promotion, printing, publication and exhibition of Rennie’s work is a model of what can be done. Click here for the archive web site.

It would have been nice if Rennie had set time in his later years to enjoy some of the recognitions of his life’s work that Kerrie and Manuel have achieved.

Other mid 20th century photographers such as Athol Shmith and Marc Strizic in Melbourne and Jeff Carter in Sydney, were able to energetically exploit the boom of interest in photographic heritage in these years and record their own histories. Museum curators were key factors in these retrieval processes.

The post war American immigrant photographer Maggie Diaz died in Melbourne in 2016 aged 91. Diaz was fortunate that in her 80s she received considerable attention and appreciation of her work came through the single-minded dedication of a young former associate Gwen de Lacy.

The Diaz archive has been sold to the State Library of Victoria but de Lacy continues various printing, publication and managing of the biennial Maggie Diaz Photography Prize for Women founded in 2015.

Similarly Liz Dombrovskis, the widow of famed Tasmanian landscape photographer Peter Dombrovskis, did an extraordinary job in publishing suites of images utilising technology and printing quality not available to her husband.

Her sure hand saw a nuanced balance between the calendar images of high key colour and the quitter lyricism of his oeuvre. The archive is now with the National Library, which mounted an exhibition in 2017.

While many senior photographers manage a website, few have been as organised as Adelaide-based photojournalist and writer Robert McFarlane. He is retired from active photographic assignments but he continues to write reviews and articles. He supplies digital images and exhibition prints from his archive.

A local arts award provided precious funds to employ a professional archivist to assist in the cataloguing of Robert’s negatives prior to their placement with the National Library of Australia.

A monograph by Wakefield Press SA is in progress. His archive printing rights and future copyright income are an important legacy.

A crucial factor for many artists/photographers is to see a retrospective exhibition and/or publication as part of the safe placement of their work in an archive. Issues of posthumous printing will be a topic for a future posting.

So what are the options for whole of life photographer archive?

Preferably the photographer should take steps to provide precious information about the date, place and subject of the material and their hopes for it.

If there are resources, hire help to mow down what seems to be a mountain of straw waiting to be turned to gold.

The poorer your meta data on the collection, the more of an onerous task faces a museum or library to the point where more collections are turned down even as a gift.

Make a checklist of date range, content and format.

In documentary photography no matter how ‘arty’ even landscape as a subject can matter in telling a narrative of a time and place and attitudes of the day.

If you can say that certain subjects have been regularly recorded over several decades or concern a particular group or person of note then include those notes.

Material which in itself might not be the highlight of a career, can make up a significant suite of interest to a repository with an association with that subject.

Get a few people with different perspectives to look at the list or the images – who knew there was a museum dedicated to children’s toys!

Art museums however, rarely take whole of life archives and /or negatives.

E‑hive can be helpful in finding specialist museums – click here.

Scroll down to the ‘account’ tab for specifics of museums contributing.

Scan lots of images and arrange in related themes or chronologically over the span of years. Prepare easy Dropbox folders to send on spec.

There are online forms at the major libraries and you can float the offer of your archive through that portal. Grab an archivist or curator if you know any and ask what they think.

The message is START NOW!

– Gael Newton is an independent curatorial consultant and researcher, who served as the National Gallery of Australia senior curator of Australian and international photography from 1985-2014. This article was originally published here.