Sigma has announced  an innovative new competitor in the full-frame mirrorless category with its L-mount Sigma fp, the smallest and lightest full-frame interchangeable lens camera to date. 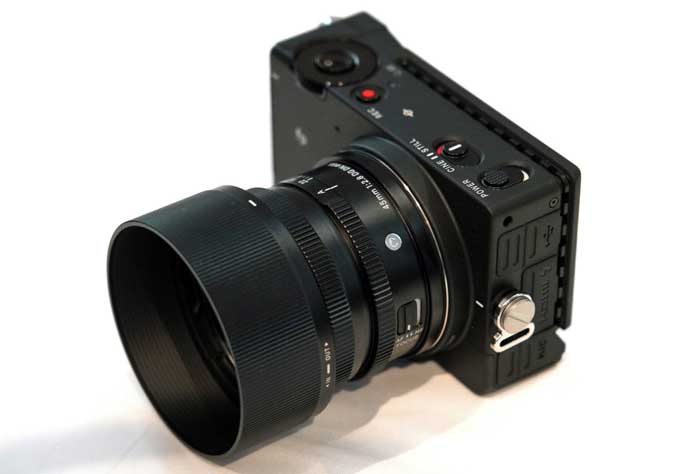 The Sigma fp  (‘fortissimo pianissimo’) is equipped with a 24.6MP BSI-CMOS sensor with a ‘conventional’ Bayer colour filter rather than using Sigma’s Foveon sensor technology. The sensor can capture 14-bit DNG files

It takes the final step in the migration to a fully digital camera design – ditching a mechanical shutter and the associated moving parts entirely. As a consequence any shutter shock is eliminated and the camera can be operated silently and at shutter speeds ‘up to’ 18fps. And of course there is no shutter to wear out! 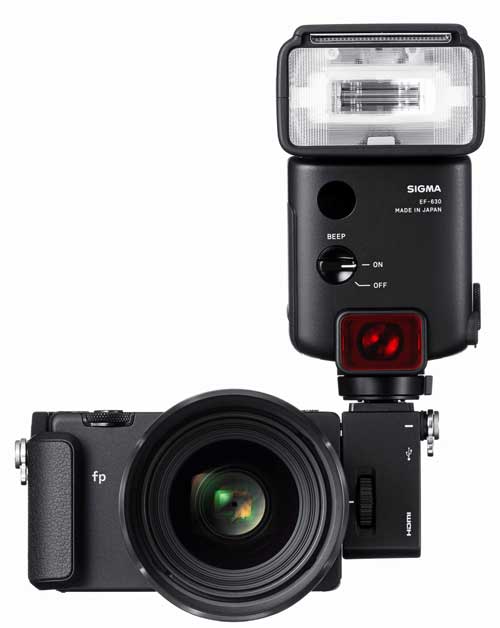 The body is extensively weather-sealed and has a fixed 3.2-inch, 2.1 million-dot touchscreen. There is no EVF.  Nor is there a built-in flash.

It has extensive in-camera image manipulation controls including a tone curve adjustment function in addition and ‘Fill Light’. There are also ‘Tone’ and ‘Color’ buttons for quick access to tone control and color mode menus.

The Auto HDR function takes advantage of the electronic shutter to take multiple pictures of different exposures (3 frames for still photography and 2 frames for video) at once, which can then be merged into a single picture or video with a much broader dynamic range that achievable in normal shooting.

The Cinemagraph function, meanwhile, achieves a hybrid between still photography and video in the form of animated GIFs in which parts of a still image keep moving. With this function, the SIGMA fp is capable of creating Cinemagraphs in-camera.

(The Auto HDR function in the Cine mode and the Cinemagraph function are to become available via firmware update scheduled at a later date.)

Release is scheduled for sometime this spring, with no pricing details surfacing as yet.