A concise round-up of new product updates, international snippets and other interesting stuff from the wonderful world of photography: Nikon to axe DSLRs for mirrorless?… Sigma to unveil Sony FE lenses?… Leica gets ‘budget-friendly’ with M-E… Panasonic S1 and S1R firmware update…

Nikon to axe DSLRs for mirrorless?
Nikon Rumors has received inside gossip that the a third of DSLR models will be discontinued and likely replaced with equivalent mirrorless camera systems.

Beyond this latest rumour, there are tips the D760 will come sometime this year, as well as development of a mid-priced enthusiast mirrorless full-frame camera.

Nikon also flagged a D5 mirrorless equivalent full-frame is on the way. Combined with the latest rumour, this means there will be two premium new Nikon cameras designed for sports and action across both technologies.

There is no word on the fate of the Df.

Sigma to unveil Sony FE lenses?
Here’s more from the rumour mill! But this one is ‘almost certainly correct’.

Sometime in mid-July Sigma will announce four lenses designed for Sony FE full-frame mirrorless cameras, according to SonyAlphaRumors. Sony is also reportedly preparing to announce two new cameras and a 35mm f1.8 FE prime lens in one or two months.

Sigma lenses are well-known for marrying high quality optics with affordable pricing, which will be a welcome addition for the Sony FE lens line up.

Leica gets ‘budget-friendly’ with M-E
High fashion camera manufacturer, Leica, has announced the ‘budget-friendly’ M-E (Typ 240) rangefinder camera will be available at the end of July, for the ‘exceptionally favourable retail price’ of US$3995 (body only). 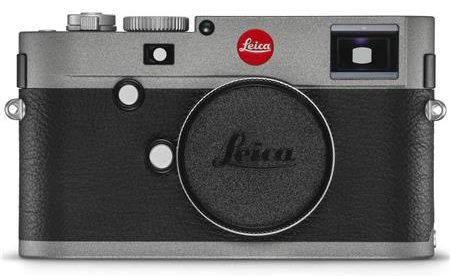 Leica hopes this budget-friendly camera will serve as an ‘entry-point’ and bring newcomers to the iconic M-system.

The 24-megapixel CMOS sensor rangefinder camera is aimed toward street and reportage photographers. It has a Leica Maestro image processor and a 2GB buffer, up from 1GB buffer of the m240.

Leica has boiled the camera down to only include ‘the most essential functions’ for ‘streamlined and intuitive operation’.

The M-E supports Full HD video recording, has an ISO range from 200-6400 and can burst shoot at 3fps. The rear has a 3-inch LCD with 920K-dot resolution. The viewfinder is capable of 0.68x magnification.

Made with a die-cast magnesium body and wrapped in a synthetic leather covering, the camera is dust and water-spray resistant.

Firmware v1.2 in-body IS will reduce shake by an additional half stop, bringing the total stops with non-stabilised lenses up to 6 and 6.5 with Dual IS-compatible glass.

AF performance in live view display and tracking during video recording has been improved. There has also been the addition of new AF-on Near Shift and Far Shift options.

‘Assignable to a function button, this capability allows the user to confidently guide AF by refocusing on a subject closer or further away than the camera’s current AF position,’ said Scott Mellish, Panasonic Imaging senior product marketing manager. ‘Without using the touch screen, or taking their hand away from the camera, they can alternate between subjects for precise AF when there are a number of potential targets. This is a boon for professionals – from videographers capturing events where there are large groups of people; to still photography of birds, where you want to avoid placing the focus on a foreground branch or leaf, and push into the depth of a scene without manual AF adjustment.’

There is also improved operational stability when using an XQD memory card.

Each camera is also given new individual improvements. Read more about them, and find the S1 updates, here.