CANON POWERSHOT G5 Mk II: After almost four years wait, the second generation model in Canon’s G5 X series introduces a new, more compact body design with a longer zoom lens, a stacked CMOS sensor, and the latest DIGIC 8 processor. Its EVF and longer lens will put it ahead of the Powershot G7 X III but behind the longer, 24-200mm zoom range of the rival (1-inch type sensor) Sony RX100 VII (which has a higher RRP of AU$1999). The provision of neutral density (ND) filters and the ‘friendlier’ user interface work to the advantage of the Canon camera over its Sony rival. 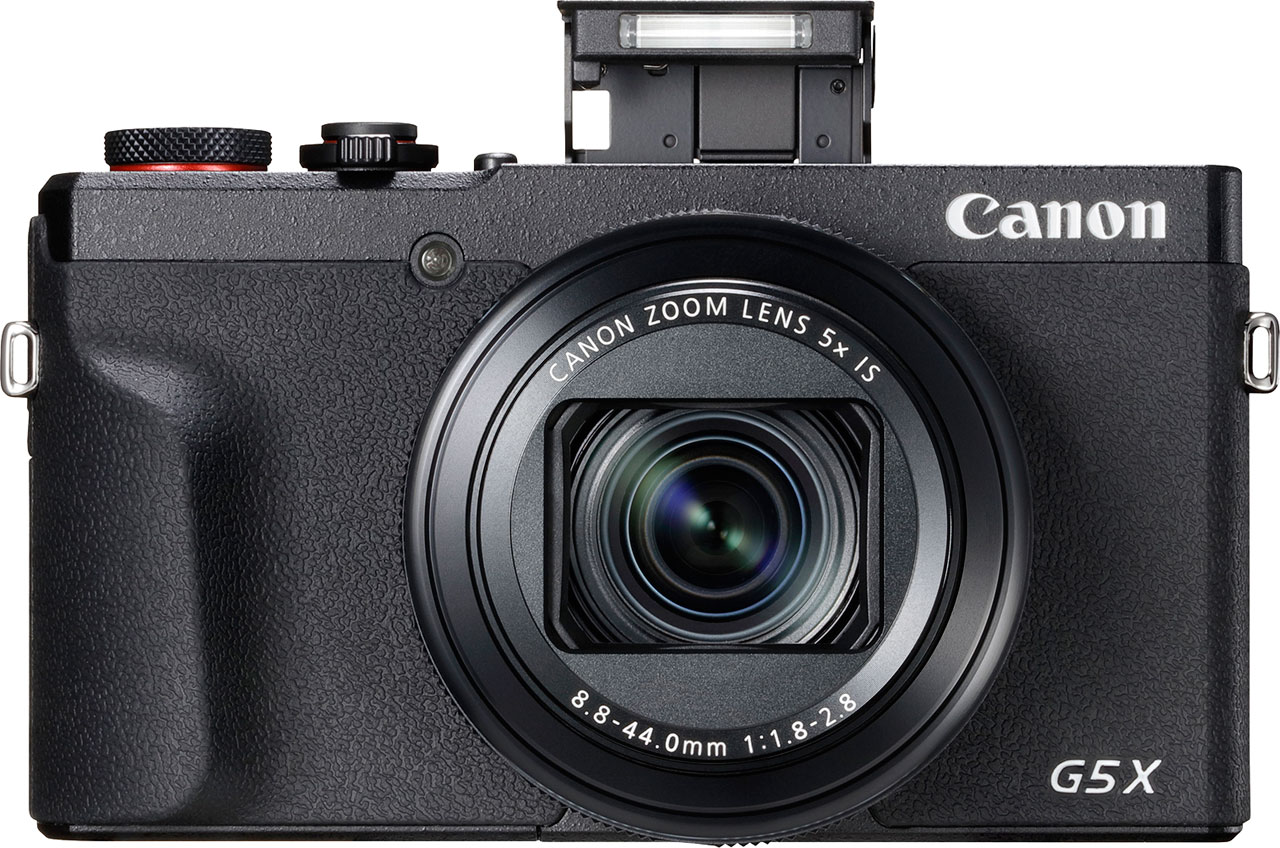 Canon is pitching its new PowerShot G5 X camera more at regular consumers than serious enthusiasts, despite its enthusiast-level features. Making the new camera pocketable has meant squeezing its high-resolution OLED EVF into the camera body, where it’s popped up with a lever on the left hand side. Users have to pull out the eyepiece to use it.

The touch-sensitive, 180-degree flip-up monitor also indicates this camera is for snapshooters. The 24-120mm (equivalent) zoom lens will focus down to 5cm at the 8.8mm ‘wide’ position and 20cm at the tele end, a big improvement on the 40cm minimum of the G5 X.

Video capabilities have been brought up to date by adding 4K UHD capture at up to 30fps to the previous model’s Full HD (1080p) capabilities. However, we found the review camera to be highly temperature sensitive; it refused to record 4K clips in the 20-degree Celsius conditions prevailing during our tests, although there were no problems recording 1080p clips. No microphone socket is provided and, without an accessory shoe there’s no place to mount an accessory mic.

Updating the image processor to a DIGIC 8 makes the new camera more responsive and extends sensitivity to cover a native range of ISO 125 to ISO 12,800, with extension to ISO 25,600 available. Inclusion of an electronic shutter boosts burst speeds to 20 fps in one-shot mode or 30 fps in the CR3.RAW format. (While Raw files are bigger than JPEGs, they don’t require as much on-the-fly processing). The buffer memory can store up to 118 JPEGs or 55 CR3.RAW files at the top frame rate.

Purchasing Points:
1. This camera will appeal to travellers, family photographers and casual snapshooters who want a compact camera that is more versatile than their phone and takes better pictures.
2. The 5x optical zoom lens spans a range equivalent to 24-120mm in 35mm format, with apertures ranging from f1.8 to f2.8. Five-axis stabilisation is built-in, offering up to four stops of shake correction.
3. The new 13.2 x 8.8mm CMOS sensor has an effective resolution of 20.1 megapixels and features a stacked design that should produce a cleaner signal with lower noise levels.
4. The tilting monitor flips up through 180 degrees for ‘selfies’, rather than being fully articulated as on the original camera. It can also be tilted down through approximately 45 degrees.
5. Movies can be recorded in most shooting modes with auto or manual settings. Dynamic and powered stabilisation are available to compensate for shake when walking and at long focal length settings. But no microphone socket is provided and, without an accessory shoe there’s no place to mount an accessory mic.
6. Time-Lapse and Star Time-Lapse movie modes enable users to record star trails. The camera also offers HDR (High Dynamic Range) movie recording to improve the quality of videos shot in bright, contrasty lighting.
7. Canon has updated the menu system to bring it into line with the EOS cameras. The option to choose ambience (the default) or white priority for auto white balance measurement is a new addition to the white balance settings.
8. The new camera has a faster USB Type-C port, which can be used for charging the camera via an optional PD-E1 adapter without removing the battery.