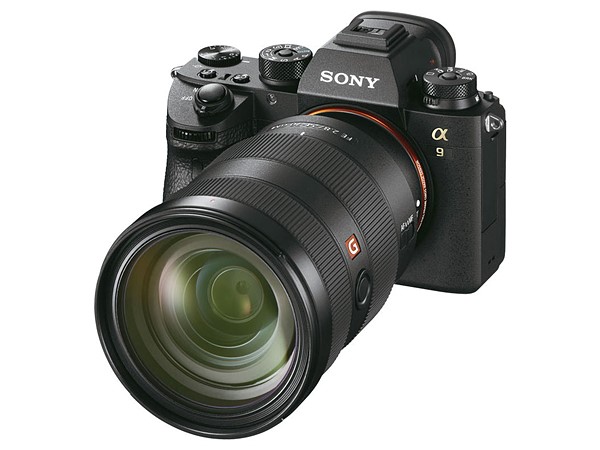 (And yes it’s not a typo, Camera House did announce the new camera locally – and hats off to them. Price and availability details came later from Sony. Websites all over the world had press material in plenty of time to prepare stories and even ‘first look’ reviews – including DPReview, which is taking orders from readers to be placed with its owner, AMAZON. Meanwhile here in sleepy old Australia the clipper ship from Tokyo just wasn’t fast enough to get the material from Sony Australia to its PR agency Adhesive PR and on to the local media in time to better the Camera House email blast! In a word, pathetic.)

But we digress…The new camera offers capabilities which Sony says ‘are simply not possible with a modern digital SLR camera’ including high-speed performance, blackout-free continuous shooting at up to 20fps, 60 AF/AE tracking calculations per second and a maximum shutter speed of up to 1/32,000 second.

The new sensor enables data speed processing at up to 20x faster than previous Sony full-frame mirrorless cameras. It is paired with an upgraded BIONZ X processing engine and front-end LSI that maximises overall performance.

The new α9 also features a vibration free, fully electronic, completely silent anti-distortion shutter. The camera also features a new battery with approximately 2.2x the capacity of previous batteries, as well as dual SD media card slots, including one that supports UHS-II cards. The same data can simultaneously be recorded to both cards, or the user can choose to separate RAW / JPEG or still images / movies. Movies can also simultaneously be recorded to two cards for backup and more efficient data management. An Ethernet port (wired LAN terminal) is available as well.

There are a wide variety of new settings, controls and customisability options that are essential for working professionals.

The large continuous shooting buffer, enables photographers to shoot at a blazing 20 fps with continuous AF/AE tracking for up to 362 JPEG or 241 RAW images.

The camera’s AF system tracks complex, erratic motion with higher accuracy than previous models, with the ability to calculate AF/AE at up to 60 times per second, regardless of shutter release and frame capture. Further, when the shutter is released while shooting stills, the electronic viewfinder functions with absolutely no blackout , giving the user a live view of their subject at all times. This feature combines all of the benefits of an electronic viewfinder ‘with the immediacy and “in the moment” advantages that not even the finest optical viewfinders can match’. It is available in all still image modes including high speed 20 fps continuous shooting.

The Fast Hybrid AF system – pairing the speed and tracking performance of phase detection AF with the precision of contrast AF – achieves approximately 25 percent faster performance when compared with the α7R II. 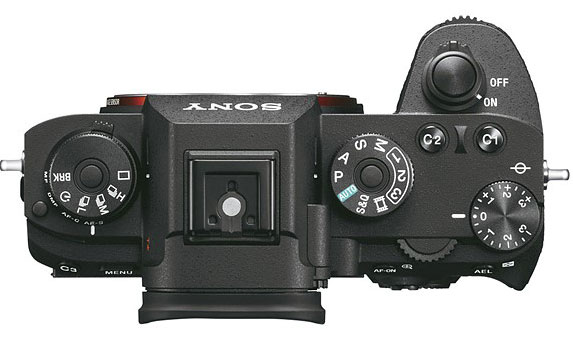 Sony says it has luminance that is 2x higher than α7R II. It is customisable, with options to set it for 60 fps or 120 fps to best match the action.

A 5-axis image stabilisation system that provides a shutter speed advantage of 5 steps, ensuring the full power of the new sensor can be realised, even in challenging lighting. With a half press of the shutter button, the effect of the image stabilisation can be monitored in the viewfinder or on the LCD screen, allowing framing and focus to be checked and monitored.

The Ethernet port (wired LAN terminal), allows transfer of still image files to a specified FTP server at high speeds, for studio photography, news and sporting events. ‘And more’. In addition, there is a sync terminal, enabling external flash units and cables to be connected directly for convenient flash sync.

The camera features a multi-selector joystick on the back of the camera, allowing shooters to shift focus within the frame by pressing the multi-selector in any direction up, down, left or right when shooting in Zone, Flexible Spot or Expanded Flexible Spot focus area modes. The new model also offers touch focusing on the rear LCD screen for selection of, and shifting focus towards a desired focus point or subject.

New for Sony E-mount cameras, the α9 includes the addition of separate drive mode and focus mode dials, plus a new ‘AF ON’ button that can be pressed to activate autofocus directly when shooting still images or movies.

Additional new capabilities include the ‘AF Area Registration’, which allows frequently used focus areas to be memorised and recalled via custom button assignments. There is also the ability to assign specific settings (exposure, shutter speed, drive mode, etc) to a custom button to be instantly recalled when needed. The camera can memorise and automatically recall the last focus point used in a vertical or horizontal orientation, instantly switching back to it when that specific orientation is used again. A ‘My Menu’ feature is available, allowing up to 30 menu items to be registered in a custom menu for instant recall when needed.

The 24.2 MP full-frame stacked CMOS sensor is back-illuminated, allowing it to capture maximum light. ISO range is 100 – 51200, expandable to 50 – 204800. The α9 supports uncompressed 14-bit RAW, so photographers can get the most out of the wide dynamic range of the sensor.

4K Video Capture
The new α9 offers 4K (3840x2160p) video recording across the full width of the full-frame image sensor . When shooting in this format, the camera uses full pixel readout without pixel binning to collect 6K of information, oversampling it to produce 4K footage with exceptional detail and depth. Recording is also available in the popular Super 35mm size.

Additionally, the camera can record Full HD at 120 fps at up to 100 Mbps, which allows footage to be reviewed and eventually edited into 4x or 5x slow motion video files in Full HD resolution with AF tracking.