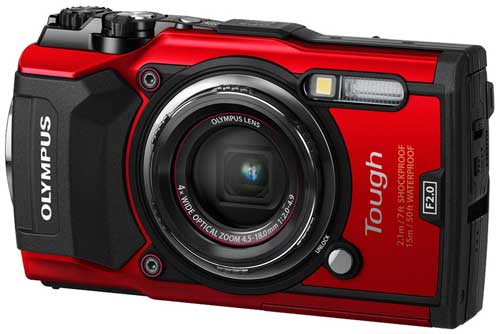 The latest model in the Tough series is has a wide aperture f2.0 lens (25-100mm equivalent), and a new TruePic VIII processor and 12-megapixel CMOS sensor.

A ‘Field Sensor System’ records data such as latitude/longitude, temperature, and altitude/depth. The TG-5 is waterproof down to depths of 15m, dustproof, shockproof to 2.1m, crushproof to 100 kgf, freezeproof down to -10 ºC and has a new anti-fog feature.

It shoots 4K video and full HD high-speed video at 120fps. Olympus says controls have been further refined to allow for easier navigation and use of features and modes such as Variable Macro System and Pro Capture.

A wide range of accessories and prices are outlined in the official press release.