Raleru Limited has announced that experienced retail executive Charles (‘Charlie’) Davey is the new general manager following on from the abrupt departure of Paul Shearer in April. 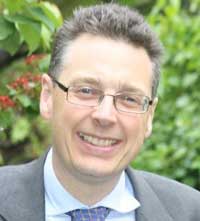 While relatively unfamiliar with the photo specialist segment, Camera House noted that Charlie has both depth and breadth of experience in retail and wholesale operations in Australia and the UK, most recently with Optus Australia (three years) as a divisional manager.

He has a strong background as a retail buyer, with roles at BigW (seven years) including merchandise manager (Buying) – Consumer Electronics and Entertainment. Charles has also worked on the buying side in England, his country of birth, with retailers WH Smith, Dixons and Sainsbury’s.

‘Charlie’s employment history, along with a demonstrated ability to create and inspire a shared vision through innovation, brings exciting new opportunities to Camera House Members, Raleru and its affiliate and warehouse buying customers, which is exactly what we need for the coming years,’ said Lance Miller, chairman of Raleru Limited.

‘Charlie has a very collaborative style of management and has strong stakeholder management skills gained through different retail structures which has enabled him to negotiate and navigate complex trading terms including consignment, direct import and traditional and back-to-back online arrangements; all of which are critical to Raleru’s future.

‘Given the ever-changing retail and wholesale landscape in our industry along with the challenges this will bring, Raleru is entering a stage where it needs strength and discipline in strategic planning and execution; Charlie has demonstrated abilities and a proven track record in this area and is eager to utilise these skills in our forward planning,’ said Lance.

The role attracted a strong field of 130 candidates when advertised.

Charlie Davey said that he is delighted to accept the challenge of leading the business to new growth horizons, and is looking forward to the challenges the role will bring.