UPDATE: On November 19, Samsung confirmed its ‘gradual’ withdrawal from the German camera market: In Germany, we have been observing for some time a gradual decline in demand for digital cameras, camcorders and related accessories. We have to adapt to the demands of the market and have therefore decided to phase out sales and marketing of these products gradually. This is a decision that affects only the German market.

Uncertainty surrounds the status of Samsung’s camera division, with the electronics giant slow to refute persistent rumours that it is pulling out of the camera business. 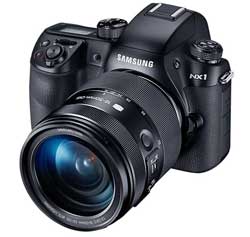 While the latest two Samsung releases, the NX1 (November 2014) and the NX500 (April 2015) are among the most impressive and favourably-reviewed cameras in their categories, the company has not announced any new cameras or, as importantly, lenses, since then.

The latest twist is an (officially unconfirmed) report in photo news aggregation website PetaPixel that the NX1 is being discontinued in Europe, Australia and Hong Kong. However, there’s is no indication locally of clearance sales or the like which might give credence to this.

The saga started in September with a report in a Korean news website based on a tip ‘from an industry insider’ that Samsung was planning to shut down its camera business.

The article noted that the camera division has lost Samsung a lot of money since the launch of the NX range in 2010.

Samsung was reasonably quick to respond, with the following curiously-worded refutation to US website Imaging Resource about five days after the first story surfaced:
Withdrawing from the camera business is not true and there is no official plan to stop production of cameras and lenses. Samsung continuously analyzes the varying needs and requirements of consumers in each market and region very carefully. However, we do not officially comment on rumors or speculation. 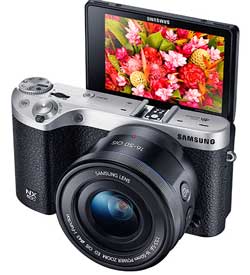 Then on October 21, the Korean business newspaper Asiae reported once again that Samsung was planning to close its camera unit, and that Samsung had suspended its camera development and has reassigned its workforce to its smartphone camera and medical equipment optics businesses.

The article also made the observation that the Samsungcameras.com website and Facebook page have been inactive in recent months. The last posting on the Facebook page was in August, whereas prior to this there were regular updates.

Following this report, in late October, a US consumer had a live chat with a Samsung support person who confirmed that ‘the camera business is going to close’. He screenshot the exchange as proof.

A DSLR videographers blog, EOSHD yesterday stated that is was certain the rumours that the NX1 was being discontinued in Europe were true (as opposed to them actually being true), citing Samsung as its source: Samsung are telling potential buyers in Europe that the flagship NX1 is discontinued, less than a year after it was released. The timing is very odd given the peak sales period (Christmas) is just a few weeks away. Say Samsung: “We quickly adapt to market needs and demands. In Europe, we will be discontinuing sales of NX1 cameras for now since there is already much better and upgraded cameras. This is specific to the region – and is not necessarily reflective of conditions in other markets. We will continue to thoroughly evaluate market conditions and will make further adjustments to maintain our competitiveness in emerging Camera categories.”

When the Samsung story was run in Amazon website DPReview, comments from Hong Kong and Australia added to the conjecture that something is afoot:

“Take what you will from this … rang one of the Samsung stores here in Hong Kong (Telford Centre) today and asked if they had any NX1’s or NX1 kits in stock. He said “No, the NX1 has been discontinued by Samsung and we are not able to buy any more stock.” I said, “So they are not producing it any more?” and he said, “Yes, that is correct it is no longer in production”. He seemed to know what he was talking about.”

“I was in my local camera store in Brisbane over the weekend and the salesperson said that Samsung Cameras are pulling out of Australia as they have not sold as well as expected. This is really disappointing as I have just spent over $5000 on lenses and my NX1.”

PhotoCounter has requested clarification from Samsung Australia’s camera division manager, Craig Gillespie. He has not replied.

Postscript: …And today (Nov 25) we were told that mail sent to the Samsung Australia camera department is being ‘returned to sender’.

COMMENT: Read PhotoCounter’s take on Samsung and the enthusiast camera market here. If selling the superb NX1 to the enthusiast market via photo specialists was going to be a challenge then, damaging rumours like this have made the task nigh-on impossible now. The cautionary principle really kicks in when punters are outlaying thousands of dollars on a camera system.