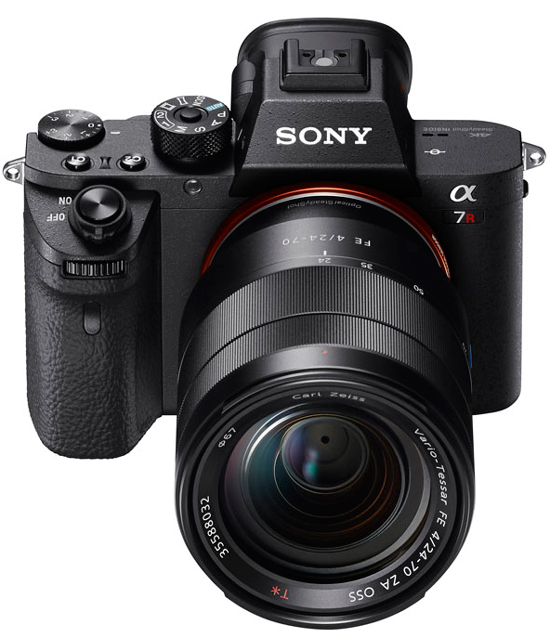 In addition to the high resolution, Sony says the α7R II will perform at ISO100,024 and has a 40 percent faster autofocus response time than the α7R. It has 399 phase detection AF points and 25 contrast points. Sony says backside illumination allows the camera to have both high resolution and high speed/sensitivity, instead of having to trade one off against the other. There is no optical low pass filter. Data processing speed is also up – Sony says files are loaded to memory 3.5x faster than the original α7R.

Continuous shooting with AF tracking is at up to 5fps.

The camera shares the same 5-axis image stabilisation system as the α7 II, and has a shutter that reduces vibration by 50 percent and has a lifespan of 500,000 shots. The image stabilisation system is rated as equivalent to shooting at a shutter speed approximately 4.5 steps faster. The camera can also be set to Silent Shooting mode in order to shoot images quietly without any sensor vibration or movement.

The α7R II can shoot and record 4K video in multiple formats including Super 35mm (without pixel binning) and full-frame format, which Sony is chalking up as (another) world first. Additionally, it has a new XGA OLED Tru-Finder with the world’s highest (0.78x) viewfinder magnification.

Sony says the newly developed 42.4-megapixel back-illuminated CMOS sensor ‘is the most advanced, versatile and highest resolution full-frame image sensor that Sony has ever created.’

The sensor combines gapless on-chip lens design and anti-reflective coating on the surface of the sensor’s glass seal to improve light collection efficiency, resulting in high sensitivity with low-noise performance and wide dynamic range. This allows the camera to shoot at an ISO range of 100 to 25,600 (expandable to ISO 50 to 102,400.)

Additionally, the sensor’s back-illuminated structure, with an expanded circuit scale and copper wiring design, enables faster transmission speed and ensures content can be captured in high resolution without sacrificing sensitivity. There is also no optical low pass filter.

The focal plane phase-detection AF system on the α7R II works with Sony A-mount lenses when they are mounted on the camera using a mount adapter. This allows users to enjoy the wide AF coverage of 399 focal plane phase-detection AF points, high-speed response and high tracking performance with a wider range of lenses. This marks the first time that the AF system of a mirrorless camera can achieve high performance with lenses originally designed for DSLRs. (According to US media who attended a launch event, Sony showed the new camera operating with Canon EF lenses via a Metabones adaptor.) 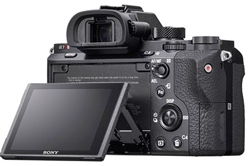 The camera utilises the XAVC S7 codec during video shooting, which records at a high bit rate of 100 Mbps during 4K recording and 50 Mbps during full HD shooting.

The camera has a magnesium alloy design, and has a re-designed grip and shutter button. There is also a new mechanism to lock the mode dial, and an expanded range of customisable functions and buttons.

The α7R II camera is Wi-Fi and NFC compatible and fully functional with Sony’s PlayMemories mobile app, as well as Sony’s growing range of PlayMemories camera apps, which add a range of creative capabilities such as improved time-lapse shooting.

The Sony α7R II will be available in some parts of the world in August. Sony Australia has not participated in the international launch announcement so there are no local release details. US recommended price of the α7R II is US$3200.