With smartphones increasingly taking the place of digital compacts as snapshooter cameras, product announcements at this week’s Mobile World Conference in Barcelona deserve some attention from the photo industry. 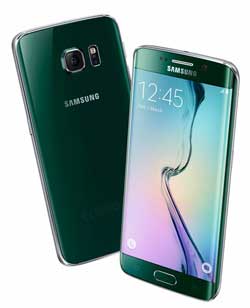 Video is at twice Full HD – 2160p@30fps. The primary camera is augmented by a front-facing 5-megapixel camera which is also capable of video at Full HD resolution. A Quick Launch’ feature gives direct access to the camera in 0.7 seconds.

Samsung claims the S6 cameras have ‘the most superior image quality in a smartphone, even in the dark.’

The phones also have a 5-inch touchscreen that is ‘enhanced for outdoor visibility with a brighter display.’ The Super AMOLED screen has a world-beating resolution of 2560 by 1440 pixels (577 ppi, compared to 326 ppi on the iPhone 6 and 401 ppi on the iPhone 6Plus).

What the new Samsung models lack (along with iPhones) is a removable memory card, so print-from-smartphone apps and wireless transfer become even more critical for photo retailers. 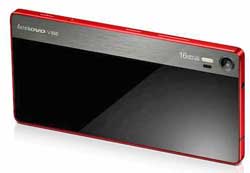 A couple of other Mobile World releases which won’t at this stage be making it to Australia are the Lenova Vibe Shot and a cut-price competitor to GoPro camera from Chinese smartphone manufacturers, Xiaomi.

The Vibe Shot is being described as a ‘2-in1 camera smartphone’. Looking more like a slimline digital compact than a phone, it has a 16-megapixel camera, optical image stabilisation, a six-element lens and a low-light image sensor. The ‘tricolour’ flash helps the camera automatically adjust photo luminosity based on the type of light.

Smart and Pro shooting modes enable the user to run the camera on auto or use manual controls of ISO, white balance, etc. The infrared focus is ‘twice as fast as normal autofocus,’ the company says.

Lenovo also introduced a US$250 pocket projector which snaps onto a smartphone and projects an image up to 110-inch image.

Xiaomi showed a wearable outdoor camera called the Yi Action Camera that matches or betters a GoPro Hero on imaging specs but has a price of around US$65. It will initially only be available in China.