A tale of two towns

When Chris Harris was informed the rent in his 60 square metre Port Macquarie photo store, Bay Park Photos, was going to rise by 33 percent. he was left with only two alternatives:

‘It was out of the question. It was either close, or move town.’

Though there was some lobbying for a move to Darwin from his wife Rene, the business was re-established a little closer to home, in the regional town of Tamworth on the New England Highway, inland from coastal Port Macquarie

Despite some severe setbacks with minilab equipment – Chris and Rene are still struggling to get a replacement for their replacement Noritsu wetlab up and running – the change of location has been otherwise positive. 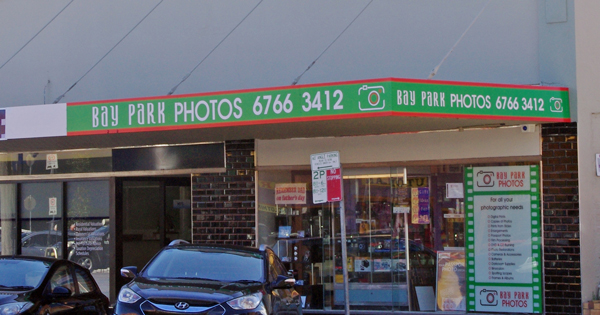 ‘Tamworth has a great feel. It’s more down to earth. We are just going ahead in leaps and bounds at the moment,’ said Chris.

While the two towns – Port Macquarie and Tamworth, are around the same size, the similarities stop there, and the Harris’ are clearly much happier in the new environment. Chris puts it down to ‘sea changers’ moving to Port Macquarie from Sydney, bringing metropolitan attitudes and expectations with them.

‘People moving up from Sydney want Sydney’s range of product and services in a place like Port. They expect you to have everything in store on the off chance.

The experience in Tamworth has been radically different, with most customers more accepting of the trade-offs in living away from a capital city. He said that in Port Macquarie a customer might come on a Friday afternoon with an urgent request and expect it straight away, while in Tamworth a customer will come in on a Monday with an equally urgent request, expecting delivery by the following Friday.

Showrooming was also a challenge: ‘We were the only camera shop in town with photographic experience behind the counter. They would come into us, pick our brains for information, then go and buy online. And then they would come in when you’ve got a shop full of customers,  drop the camera on the counter and say “show me how to use this”.’

The proposal that this would incur a $50 fee usually attracted abuse. Chris put it down to a lack of appreciation that there is value in another person’s time.

Whether Port Macquarie’s small retailers have been squeezed too hard by greedy landlords – rents are close to or at Sydney prices – or lost interest because of unrealistic customer expectations, or both, the town’s retailing has fallen on hard times, according to Chris, with most of the vacant stores he looked at before deciding on the move to Tamworth still empty.

The difference is that in Tamworth, ‘people will do their research online and come in store to buy because they want that come back. If something goes wrong, they’ve got that help. Or if the product doesn’t work when they’ve bought it on the internet.’

– Perhaps it’s more than that. People who live in established country towns – not tourist towns with a range of temporary visitors and newly-arrived sea/tree changers and retirees – have a deeper sense of community and understand the benefits of ‘spending your money in the town’.

‘Garrett has helped us out tremendously. We send him digital work and he sends us customers for film,’ said Chris.

(Having spoken to Chris several years ago, I recall his disappointment that he wasn’t able to develop a more cooperative relationship with the other photo retailers in Port Macquarie – except for Paul Dawson, of course!) 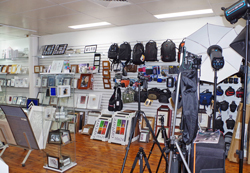 He even has a working relationship with the larger retailers in town.

‘There’s no other camera shop in Tamworth. There’s Harvey Norman and Big W and all those but we concentrate heavily on accessories while they are cutting back on the accessories they carry, so they’re sending people our way. And anything we don’t sell we send back their way. So small business can work with big business.

‘Don’t just throw your hands up and say “sorry don’t stock it”. If you make an effort to help customers, they will come back.’

In financial terms, the move has been a good one. Rent is less than half the square metre cost of the Port Macquarie store (although the store is almost three times as large, so the total annual rent has actually gone up). Overall turnover is up at Port Macquarie levels in just nine months.  (‘Although we’ve a long way to go because to be honest we were going backwards at Port Macquarie and we were getting ready to close up’, he added.)

Cameras and accessories are up 40 percent and film D&P is up 100 percent. Film sales account for 4 percent of turnover. Film scanning is a big part of the services business with Bay Park being the only store offering the service in a radius of 300Kms since Big W dropped out.

‘We’re carrying 50 percent more stock than we did in Port Macquarie and we’ve built up a great regular clientele. We’ve also started a massive online campaign, our biggest to date, and it’s ruffling a few feathers…’

Bay Park has a minimalist strategy towards suppliers, partly because ‘a lot of the bigger camera companies now won’t deal with independent retailers’ and partly to keep paperwork down.

Pentax and Fujifilm are the only brands of camera stocked, with the Pentax XG 1 the biggest selling camera by far. Fuji cameras are sourced from APS rather than Fujifilm.

‘Our preference is Pentax because Kennedy’s do look after us,’ he said. ‘The back-up servive and everything else is brilliant. And the cameras themselves are best quality and  easy to use.’ 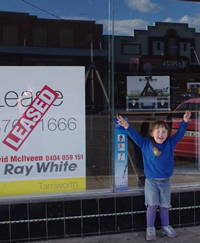 ‘That covers just about everything I need.,’ he said.

So what about that other option – shutting up shop. Why wasn’t that given greater consideration?

‘I love the industry,’ said Chris. ‘My wife gave up a career as a paramedic to work in the store. It’s all I’ve known from when I went school, photography.’