The Mobile World Congress, the ‘photokina’ of the mobile communications industry, held this week in Barcelona, saw a brace of models featuring ever more capable camera units.

In fact, larger screens and better cameras seemed to be the two most significant trends among the top new mobile phone releases – both of which features further cut into the compact camera market.

The size of screens on digital compacts seems one picture-taking feature that the camera manufacturers seem unwilling to address. It’s ‘the elephant in the room’ in the smartphone Vs digital camera debate. Given most images are these days viewed on screens – the device becomes the photo album – restricting digital camera screens to a mere 3-inches when mobile phones are coming out with screens over twice the size – in area – further reduces the relevance of the snapshooter digicam.

The immediate impact of viewing what you have just taken on a 5-inch screen compared to a relatively puny 3-inch screen puts the mobiles way out in front. Everything else – resolution, advanced camera features, etc – is almost irrelevant. Don’t the camera manufacturers understand this? And then there’s the new frontier – the tablets and ‘phablets’ with multi-megapixel sensors….

A 13-megapixel camera complemented by a 5-megapixel front facing camera for selfies and video calls, a high-res screen around 5-inches, and capability to take HD and even 4K video is a common set of imaging specs among the top releases, with waterproof models also available.

Given that 13-megapixels is more than respectable, a 5-inch screen renders the camera makers’ efforts pathetic, only one current camera has a front-facing ‘selfycam’ (the new Canon N100), waterproof digital cameras come at a premium, and NFC and WiFi are poor cousins to being natively online, it’s easy to see why digital compacts are being monstered by smartphones.

Image quality? It is a mistake to give image quality too much weight in the mass market segment.

Here’s a quick look at some of the new releases from top brands.

The latest in the popular Samsung S range, the S5 bumps up the camera sensor from 13 to 16 megapixels and claims a 0.3 second autofocus lag. It has a 5.1-inch screen.

It has an LED flash, a new advanced high dynamic range (HDR) mode and post-shot focusing: it takes two images every time you press the shutter, with the focus trained in different spots: one on the subject and one on the background. After the shot’s been taken, you can choose a defocussed or sharply focussed background. 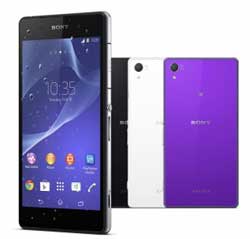 LG’s hero release was the G Pro 2, which lets users shoot HD videos at 120 frames per second and 4K content. A feature called ‘magic focus’ lets the user select the preferred depth of focus before saving. As well as a whopping 5.9-inch sceen it has a 13-megapixel camera with optical image stabilisation. (plus 2-megapixel selfycam) and LED flash. 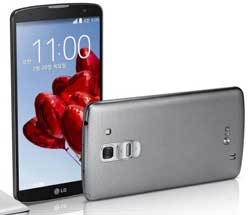 Shooting at 120 fps at full HD resolution, the G Pro 2 gives you three slow motion speeds to choose from in post-production.

The HTC Desire 816, a typical ‘mid-range’ release at MWC, has a 5.5inch display, a 13-megapixel sensor on the back as well as a 5-megpixel selfycam, and 1080p video recording capabilities.