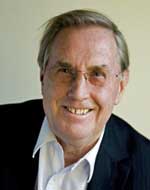 Ruthlessly carrying all before it, the mighty Rhine rushes past Cologne’s exhibition centre, just as the tide of change has swept through Photokina’s 10 levels of exhibition halls. …

Yet while many photography shows have fallen by the wayside, this show remains undaunted and unchallenged as the world’s premiere photographic event.

When compared with the last Photokina in 2012, the number of exhibiting companies is down, but only by a tad – little more than 5 percent.

With 1070 exhibitors from 51 countries, there is definitely no shortage of both new things and new business ideas to poke and ponder. Plus there are the delights of 180 first time exhibitors to explore. Somehow, companies such as Blackmagic, RED, GoPro, Google, Lytro, Helipro and Panono, seemed to have missed the memo proclaiming the big brands had all camera opportunities sewn up.

After being absent for a few years, Australia is back on the list of exhibiting countries. Roll of drums please: Knog, a bicycle lights maker based in the Melbourne inner suburb of Richmond, is showing an LED actioncam video light based on the same principals. (Although catalogued as the sole Australian exhibitor, maybe Ilford should have been listed….or at least half of it! And Blackmagic also has its origins in Melbourne.)

Media day was the usual scrum, but whereas the keynote presentations were traditionally presented by Canon, Nikon, etc, these days their former spots are taken by Samsung, Panasonic and Sony. Curious that. Fujifilm, Polaroid, Kodak Alaris (now Young Yella) and Nikon contented themselves with media booth presentations.

While nearly all major companies honoured the tradition of introducing new products, again it was the CE companies that made the big announcements. This is in spite of the fact that Photokina’s spot on the international exhibition calendar is firmly wedged between IFA Berlin (mobile telecommunications) and CES Las Vegas. Yet Samsung chose Photokina to announce its highly innovative NX1 and Panasonic, after it has finished boasting about its number one camera market position in Europe, finally answered the cry for a camera that could make phone calls. A sexy little beast, the CM1: it uses Android and boasts a large area (1-inch) 20 megapixel sensor and an f2.8 Leica lens. (If only I had known before I pre-ordered an iPhone 6 Plus!)

Understandably, both Samsung and Panasonic spent considerable time extolling the virtues of their new video 4K technologies. Boasting single frame capture from video (what used to be called a ‘screen grab’) of 8.3 megapixels and with 43-megapixel quality ‘on the way’, we are now all set to lose the skills and quest for ‘The Decisive Moment’ – it’s in the footage somewhere.

With photography now celebrating its 175th year and Panasonic saying 500 million pictures are being taken every day, round table discussions between attending journalists still buzz with excitement. Light field technology is in its infancy and with its ability to capture the direction of the light rays falling on the sensor, it opens the pathway to make changes to perspective, create one lens 3D, shift focus, change lens design physics plus other unexplored imaging opportunities. Some say it is set to have just a big an impact on picture making as the introduction of digital. Another digital tsunami? Oh whoopee!

Even the traditional family album has not been spared the quest for all things digital. New versions offer memory storage of images and the ability to play back video clips. As Louis Armstrong used to sing, ‘What a Wonderful World’.

The exhibition halls are busy on trade days and show organisers are predicting 180,000 visitors during the total period. So why is it that Photokina remains successful while so many others have fallen by the wayside?

A pleasing consistency
One of the reasons it that it has been consistent. I attended my first Photokina 50 years ago. For the last 36 years I have reported on every show. (The fact that it falls around the same time as the Southampton Boat Show is mere coincidence.) During that time Photokina has been held at the same time, the same city and the same venue with the same name, the same logo and the same organiser. That just might have something to do with its durability.

The other difference is that it is run by a highly professional commercial organisation and is not overly influenced by trade bodies. It works in collaboration with them, but it is not run by them. It keeps the profits – an idea which, maybe surprisingly, I am not altogether comfortable with. But it might explain some of the consistency aspects.

I still believe the formula we had in Australia was better in that through the PMA and AIPP we had a very strong educational program that Photokina has never been able to match. Furthermore, in the shows in the first decade of this century we found an equitable way of returning all the profits to the various trade associations. And there was a time when the Australian show returned a million dollar profit.

With the support of the PICA executive, I became the rainmaker for the industry associations, but it was a difficult path to tread and Photokina has never had to experience those problems.

Many of the ideas we used at the Australian shows were unashamedly stolen from both Photokina and PMA USA. In particular, our commitment to exhibiting creative photography was stimulated and encouraged by the Photokina photographic print curator. His exhibitions were legendary, and inspired our own ‘Walk of Art’ exhibition that ran the full 400-metre-plus length of the Melbourne Exhibition Centre in its first iteration. I believe it still to be Australia´s largest ever photo gallery display. But I am sure both its curator, coincidentally a guy named Keith Shipton, and myself, would like to see that record broken.

In these economic times, the funding of such projects is undeniably more difficult. But the fact remains, that with both the proper will and organisation, a good show to stimulate the trade, professionals and consumer photography can still be done. Photokina 2014 has just proven it.
– Paul Curtis