A new series of Australian passports, the P series, has been released with security features that make them more difficult to forge. 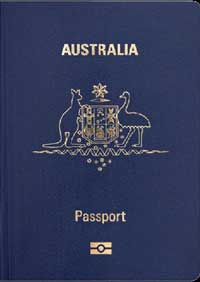 The P series passport builds on the already advanced features of the Australian e-Passport. The P series is printed using the same technologies as Australian banknote. Visible security features include a new security laminate with the world’s first colour floating image.

The Department of Foreign Affairs and Trade (DFAT) is progressively issuing the P series passports to new applicants.

‘Australia is clearly leading the way in passport technology with yet another upgrade from the already highly secure e-Passport system by introducing the new P series passport,’ said the Minister for Foreign Affairs, Julie Bishop.

Brands Australia managing director, John Rule, has taken the announcement of the new passport as an opportunity to emphasis the central role of biometrics in the security of the Australian passports.

He quotes the Passport.gov site in explaining how the biometrics system works:

‘Australia’s ePassport uses just one physical trait – the face. The information needed to generate the facial biometric information comes from the photograph supplied with the passport application. DFAT digitises the photograph you supply with your application. The digitised photo is stored in the passports database and in a computer chip in your ePassport. Using biometric technology, the passport photo can be digitally compared with another facial image to check that the two images are of the same person…
‘…it is essential that you provide photographs that comply with the recognised international standards.’ 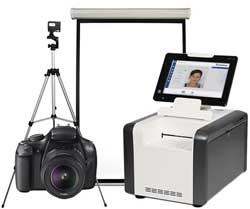 ‘Right now,’ said Mr Rule, (Brands Australia’s) ‘ID Station is the only system in the Australian market that automatically resizes the photo the user takes, adjusts the dimensions to meet regulatory standards, and assess the photo against over 30 benchmarks as defined by the International Standards Organisation. And it can do this for over 60 different country specifications.

‘Together with the Australian Government leading the way in passport security, Brands Australia is leading the way by providing a system that is compliant with these very strict and specific regulations,’ he added.

Passport applications must be made at least three weeks before intended travel. A face-to-face interview is required for adult passports.