In an industry with a plethora of industry organisations but no industry research, the net has to be cast wide for data. On his recent trip to Europe to attend Photokina, Paul Curtis pointed Photo Counter in the direction of the following survey from UK travel and tourism operator Sunshine.co.uk on holiday pics and printing. 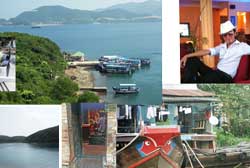 The survey, which garnered coverage in UK general press, comprised 2176 people who had been on holiday in the last 12 months. It showed the average holidaymaker has 447 images in their holiday photo collection. When asked if they ever printed any of their holiday photos for physical albums or to put in frames, 76 percent said ‘no, they stay in digital format forever’. While that could be seen as a major bummer, looked at from a positive perspective, that’s an order for 100 potential prints which is going to go somewhere. (Hopefully not the next Harvey Norman 8-cent promotion!)

When we asked how many of their holiday photos made the cut onto their social media pages (if any did, and they had social media) the average was 216 out of those 447, or around half.

The respondent s were asked to analyse what type of pictures they took:

The helpful people at Sunshine concluded their survey with the following salient piece of advice: ‘After each holiday, we recommend printing all of your favourite photos and putting them in a physical album to look back through in years to come. If you don’t backup your digital files, you could end up losing your holiday memories forever!’