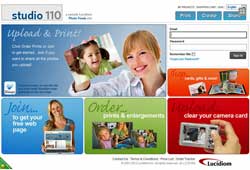 – When customers are building a photo book and choose to auto-fill their photos, they are now presented the opportunity to begin their project with additional pages. The site factors in the number of photos the customer has selected with their chosen book type and the available layouts in the selected style to come up with optimal recommendations;
– IPI members who participate in the Marketing Support program (MSP) have a master installer to take them through MSP 08 and an updater to deliver MSP 09 and MSP 10;
– An iPhoto Exporter plugin that will be customised with each retailer’s name and logo and connected to their Photo Finale site. One out of every three customers hitting Photo Finale sites is a Mac user. They simply need to download and install the plugin.

Perez out of Kodak, Kodak out of bankruptcy
Kodak reports CEO Antonio Perez will be CEO ‘for one year from emergence, or until the post-emergence Board of Directors elects his successor, whichever is sooner.’ 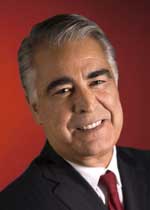 Kodak plans to emerge from bankruptcy by end of September, with a confirmation hearing on the Plan of Reorganization scheduled for August 20.
.
Perez ‘will commit to serve the reorganised company for up to three years following the company’s emergence from Chapter 11’ in other capacities, Kodak says. Douglas Edwards will remain as president of Digital Printing and Enterprise. Terry Taber will continue as chief technical officer.

Perez started with Kodak in 2003 as president, and became CEO two years later.

Kodak filed for Chapter 11 bankruptcy protection in January 2012, and has sold off its consumer imaging businesses, the rump of which – including paper and chemistry – went to the UK Kodak Pensioners Plan.

Capture One special
Photographers who have grown tired of being ripped off by a bullying, price-gouging monopolist might be interested in L&P’s offer of Capture One Express 7 software from Phase One for just $55. (Normal price $110)

Capture One Pro 7 Software is a Professional capture solution for professional photographers. It is also ‘the world’s best raw converter’, rendering precise colours and incredible detail with adjustment tools and fast, responsive performance in one customisable and integrated solution.

Capture One Express 7 is a ‘simplified interface targeted at dedicated photographers with the need for a solution without tethered capture, live view, EIPP, LCC, focus tool and overlay’.

The offer is for online purchases from the L&P website. Voucher code is LPexpress50. The offer ends on August 12.

More films extinct
Fujifilm is discontinuing four more film emulsions, according to a report in US website Amateur Photographer. The four discontinued emulsions are: Fujifilm Neopan 400, a B&W 35mm film; Provia 400X in 35mm and 120 formats; plus Superia 400 medium format and Reala 120 films.

Production of all four films has already ceased, so whatever is out there is all there is.

Canon sponsors Big Aths in Moscow
Canon is a sponsor of the IAAF World Championships Moscow 2013, which begins on August 10. It will bring together more than 2500 athletes from some 200 countries and regions. in addition to displaying the company’s logo on signage within the venue and outdoor advertising throughout Moscow, Canon will operate an on-site Professional Service Centre and feature the event on its website.