Queensland-based online retailer Cameras Direct has launched a ‘Wholesale’ section on its website to sell multiple units of accessory lines to retailers and groups of consumers, such as camera clubs:

The new Wholesale section on the Cameras Direct website states: ‘Cameras Direct are now happy to be able to offer you bulk lots of products at great discounts! If you can find a bulk lot cheaper than us, or have a specific request for a bulk lot of products, please e-mail wholesale@camerasdirect.com.au.

We welcome all resellers to enjoy our pricing, and all groups who wish to buy in bulk’.

Cameras Direct was an early entrant into online retailing, and has been operating for 11 years. Much of that time its main source of revenue has been retailing Nikon and Canon DSLRs and lenses, parallel imported from Hong Kong. Last year a bricks & mortar store was opened on the Gold Coast.

While many of the Cameras Direct discounts on multiple purchases are quite modest – two or three percent off the single unit price for buying multiples of twos or threes, discounts on orders of 10 are discounted up to 25 percent.

For instance, a popular DSLR filter kit with a regular price of $96 is offered by Cameras Direct for $70 as a single unit, and with a further 25 percent discount – down to $53 per kit – on a purchase of 10 or more.

He said the target market for bulk buys of accessory lines were mum & dad stores, and groups of consumers such as schools, camera clubs and even work group social clubs.

Brands on offer to date in the Wholesale section include Cokin, Hoya, Joby, Sandisk, Kingston, Lowepro and Manfrotto and Black Rapid.

‘Our general policy is that we don’t see it as relevant where product is sourced from, because from our point of view, the warranty rests with us anyway,’ said Mr Harrison. 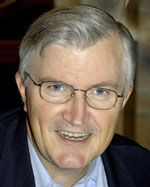 He said there was more to be achieved via engagement ‘rather than cutting people off.’

‘Maxwell’s greatest concern is to ensure that low quality counterfeit product does not enter the Australian market, as has occurred in China, due to high duties applied to foreign brands in that country.’

As to Cameras Direct involvement in parallel importing, Mr Swainston said: ‘While ever currencies swing as much as they do, this will occur. As we saw earlier in the year, local prices started to fall when a major retail player took on the hardware companies’ local price premiums.

‘If our prices locally are such that a hardware parallel importer chooses local supply of our accessory lines, we must have got our wholesale prices to globally competitive levels for all retailers, and thus made all retailers capable of competing with offshore sourced accessories.’ he added

He also noted that there is nothing new in retailers on-selling to other retailers.

Mr Harrison also made the point that independent retailers already source product – particularly accessory items which are not so affected by warranty considerations – from the likes of B&H and Amazon if they can get good prices.

In addition to that there is a considerable investment tied up in locally marketing its portfolio of products to push demand, and supplying premium in-store marketing collateral.

‘Our number one policy is that we will not sell direct [to consumers],’ said Mr Pertot. He said that if a lot of retailers start direct importing, that position would be harder to maintain.

Cameras Direct’s Mark Harrison said that so far there had been a modest level of enquiry for bulk purchasing, but the wholesale initiative is only a couple of weeks old, and hasn’t (until today, perhaps!) been promoted.

He said he was reluctant to offer cameras on the same basis as the margins weren’t there.

‘We’ve sold some [in bulk deals] but haven’t invested a lot there because of the low margins. It’s not what we are looking for.’

He confirmed that there had been a marked reduction recently in the price of DSLRs from authorised suppliers compared to offshore sources, and that Canon and Nikon were to be applauded for that.

He also said that he would not be surprised if his new initiative had the effect of making pricing for accessories keener in the local marketplace.