Nikon has announced a new model in its line of compact mirrorless interchangeable lens cameras: the Nikon 1 System J2 has a new metallic body, and a higher-resolution LCD than its predecessor, the J1. 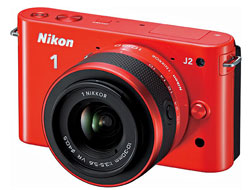 The new model’s 3-inch LCD has a 921,000 dot resolution. A new Creative Mode provides fast access to full manual exposure controls (P,S,A,M) and automatic modes. The metallic body is available in a range of six colours.

While this camera has been formally announced in similar markets overseas, and is featured on the local website, Nikon Australia has so far not provided pricing or release date details. 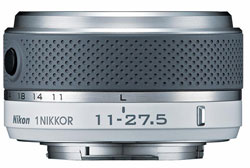 Accompanying the new camera is a 2.5x zoom, the 1 Nikkor 11-27.5mm f3.5-5.6 lens that Nikon says is a new ‘super-compact addition’. It’s smaller and lighter than current 10-30mm kit lens, and will sell for US$190. Nikon has also announced the WP-N1, an underwater case for its ILC camera range, for US$750. (As mentioned, no local pricing available.)