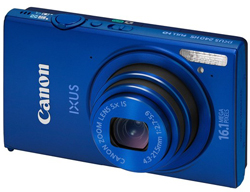 Users of these and other non-Wi-Fi model cameras launched in 2012 will have access  to 10GB of free storage for photos and movies, and the ability to create and share albums with their friends and have comments added.

Users of the new Wi-Fi model cameras will have added functionality, being able to upload directly from the camera to email groups, their social media accounts (Facebook, Twitter, YouTube) or onto the Canon storage facility via a Wi-Fi access point, or through the Canon Camera Window app on their Apple mobile device. An Android app is in development with a view to being available later in the year.

To support the arrival of this functionality for consumers and trade, Canon will have point-of-sale information including QR codes/URLs directing consumers to ‘how-to’ videos on the Canon Australia Youtube channel.