Canon R3 delays to drag on

Canon Japan has flagged shipping delays of up to six months for its flagship mirrorless full-frame, the EOS R3, which was scheduled for release at the end of November. 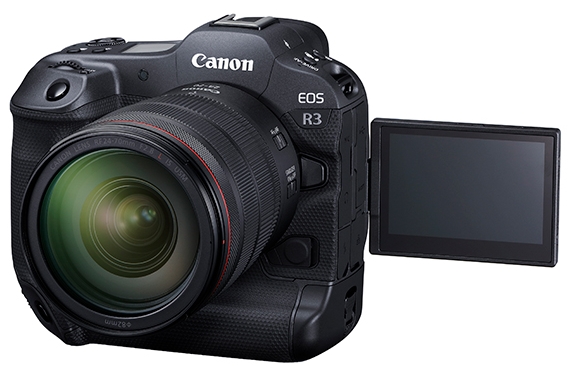 Shipments of the R3, and RF14-35mm F4 L IS USM, will be drip fed to markets ‘in sequence’, the Canon Japan website states in a translation. A Canon Australia spokesperson confirmed the Australian market has received ‘limited quantities’ of shipments since late November.

Both Canon Japan and Australia attributed the shortages to the usual ‘high level of demand’ that’s ‘in excess of expectations’, as well as the impact of global parts supply.

‘At this stage it is difficult to predict the impact that this high level of demand combined with ongoing disruptions to the global supply chain will have on fulfilling future orders,’ a Canon Australia spokesperson told Inside Imaging and other Australian photo media.

Asked whether there are certain products being impacted, such as primarily new releases, Canon’s spokesperson said: ‘demand varies across both our new and existing product range which can lead to more pronounced stock shortages on selected products. We’re working with our global headquarters to minimise this where possible.’

The R3 is also unavailable from major overseas sellers, such as B&H and Adorama in the US and Park Cameras in the UK.

Despite having been released in late November, most Australian retailers are handling the shortage by offering the camera as a pre-order or on back-order, with some pointing to an allocation as soon as early January.

But as Canon states, limited numbers of units have shipped to Australia. Some social media posts from happy Canon shooters confirm this. So based on this and pre-order forecasts it doesn’t appear supply has completely ground to a halt with a six month wait. But what’s true for today may not be for tomorrow, and the situation could possibly worsen next year.

It ain’t only Canon facing parts problems, with a global semiconductor shortage impacting manufacturers across the board and outside the photo industry. According to Petapixel, which translated Japanese reports, Sony suspended manufacturing of the Alpha ZV-E10 vlogging camera. Australian Photography also reports the company last month suspended orders for the A7 II series, A6400 series, A6100 cameras due to ‘parts procurement’.