The three non-for-profit organisations – Head On Foundation, BIFB, and Photo Australia – have submitted 2021 financial reports to the Australian Charities and Not-for-profits Commission (ACNC). These publicly-accessibly reports provide insight into how each photo festival runs, with details indicating where revenue comes from and how it is spent.

In mid-2020 Head On’s director, Moshe Rosenzveig, informed Inside Imaging about how challenging it was to consistently secure government funding.

Photography is something of a poor relation in the arts, struggling to attract the kind of funding that’s consistently poured into other sectors, like performance arts, film making, or creative writing. Another reality is that those seeking public funding and private donations are more likely to yield fruitful results when they are well-connected and know the right people.

Public funding was a more relevant issue in pre-Covid times. Since then the government has opened its wallet to the entire economy. From one year to the next, Head On’s public funding increased by more than sixfold! Programs like the Federal Government’s Restart Investment to Sustain and Expand (RISE) fund for struggling arts organisations, for instance, allocated $433K to Head On. That’s by far the largest single grant the festival has ever received.

So let’s jump into the facts and figures of all three festivals, starting with Australia’s newcomer. 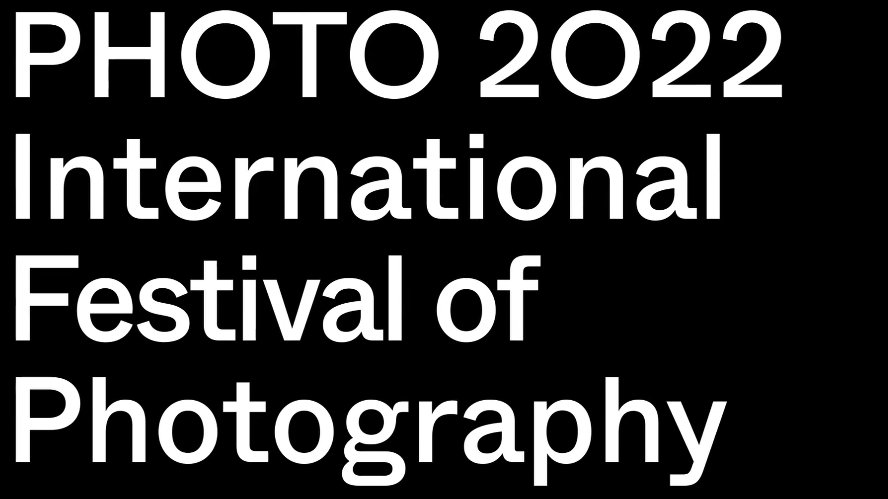 Photo 2022 is a international photography biennale which undergoes a name change after each event. This is a minor frustration for those who value branding continuity, including journalists tasked with referencing previous and future events!

Originally scheduled to run as Photo 2020, Covid restrictions forced the event to postpone and re-brand as Photo 2021. To maintain the original scheduling, it’s returning in May as Photo 2022 with the weighty program recently released. From herein we’ll refer to the organisation as Photo Australia.

In January 2021, Inside Imaging reported that Photo Australia had burnt through over $1 million before even hanging a photo on the wall for the inaugural event. The festival spent almost all annual revenue and had just broke even, but a $248K cash reserve from the 2019 surplus provided a nice financial cushion.

The goose feathers had all been plucked from Photo Australia’s financial cushion at the close of the 2021 financial year, with its remaining total equity a meagre $32K. This is due to running a -$220K deficit, with expenditure totalling $831K, blowing out the $610K in revenue.

On paper this doesn’t look like a sustainable business model. Considering the festival is back again this year with similar goals, Photo Australia must have secured the funding to keep its dreams alive.

Let’s take a closer look at how Photo Australia spent $831K: The biggest expense, like the previous year, is employment salaries which totalled $354K in 2021 for four full-time equivalent staff. Although someone took a pay cut – the cost of employment in 2020 amounted to $509K for just two full-time staff, according to documents filed with the ACNC.

The next biggest expense is the program – presumably costs associated with commissioning new work – at $281K. If this is correct, then all credit to Photo Australia for funnelling funds to photographers!

Marketing and promotion of the festival cost $145K. This is an astonishing figure. In Inside Imaging‘s review we described the promotion efforts as ‘to be kind, mediocre’.

We wrote at the time: ‘The enervated communications strategy resulted in a predictable outcome. None of the Photo 2021 Artist Talks on YouTube pulled in more than 100 ‘live’ views, with the average being around 20-40. It’s a shame – the artists, who have prepared talks and shown up, deserve better than that. The production values and effort put into the Festival by a whole range of committed people is more than impressive. The Photo 2021 Instagram page shows the festival is a legitimate large-scale arts event, but it takes more than a nicely curated social media feed to bring forth the people. So for God’s sake, why wasn’t the promotion of the Festival equal to that effort!

And now onto the $610K revenue. Photo Australia is a well-connected organisation, with the board boasting the likes of prolific philanthropists, Naomi Milgrom and William Bowness, and leading government lawyer, Mark Henry.

The lion’s share of revenue comes from private support and philanthropic donations, generating $235K. Government funding follows closely, with Federal, State and Councils funding the event to the tune of $202K.

The financial report states the Covid-19 restrictions ‘limited Photo Australia Limited’s performance activities the entities earned income and project completion has been limited. It is not possible to evaluate the full effect of these restrictions on the current year earnings as the length of the restrictions is not determinable. It has however had a substantial effect on the company’s 2021 earnings.’

When Fiona Sweet was appointed BIFB creative director in 2016, she brought with her an ambitious new vision and a Rolodex of connections to help make it happen. Before replacing outgoing director, BIFB founder Jeff Moorfoot, Sweet spent two decades building a successful arts consultancy and design agency; as well as serving on the boards of Chamber Made Opera and Melbourne Fringe, where her roles focussed on fundraising, risk management, and communications.

Sweet’s BIFB effortlessly acquired much more government funding than Moorfoot, who framed his 27 government funding rejection notices. Proving beyond a doubt the truth of that saying, ‘it’s not what you know (about photography), it’s who you know.’

‘With the funding organisations, they’re really interested in these kind of events that are run by curators,’ Moorfoot told us in 2020. ‘The types run by professionals in arts administration or curation. They build cosy little nests, and talk and mix with each other. It’s always a struggle if you want to keep it pure – just about photographers and photography.’

To provide some context: in Moorfoot’s final year BIFB received $10K from government funding and $40K the year before. In 2017, after Sweet took over, that figure jumped to $190K. By 2021 that figure has swelled to $520K.

BIFB is of a comparable size to Photo Australia and runs every two years. The board consists of lawyers, Ballarat business owners, corporate and arts management types – and one photographer. Ambassadors include well-known public servants, with the likes of former Victorian premier, Steve Bracks, Judge Sara Hinchey, and Ballarat mayor Daniel Moloney. So its a kinda sexy, but not very photographically invested, group.

In 2021, BIFB produced a net ‘profit’ of $446K thanks to cascading streams of revenue amounting to $1.1 million. Most of this comes from government grants, with the aforementioned mouth-watering $520K. Next up are those generous Melbourne establishment philanthropists, with the festival securing $433K in private donations.

Another striking similarity with Photo Australia is the cost of marketing and promotion, at $145K. Admin costs are the next big taker at $97K, followed by the cost of education/prizes/workshops at $37K.

With Sweet retiring from her role as BIFB artistic director and CEO in December 2021, her successor has some big shoes to fill. BIFB is reliant on the sustained revenue streams Sweet established, and it’ll take the right person to maintain this funding trajectory.

Almost three months since her departure – where will she turn up text? – and no one has yet been announced as the newly-appointed director and/or CEO. 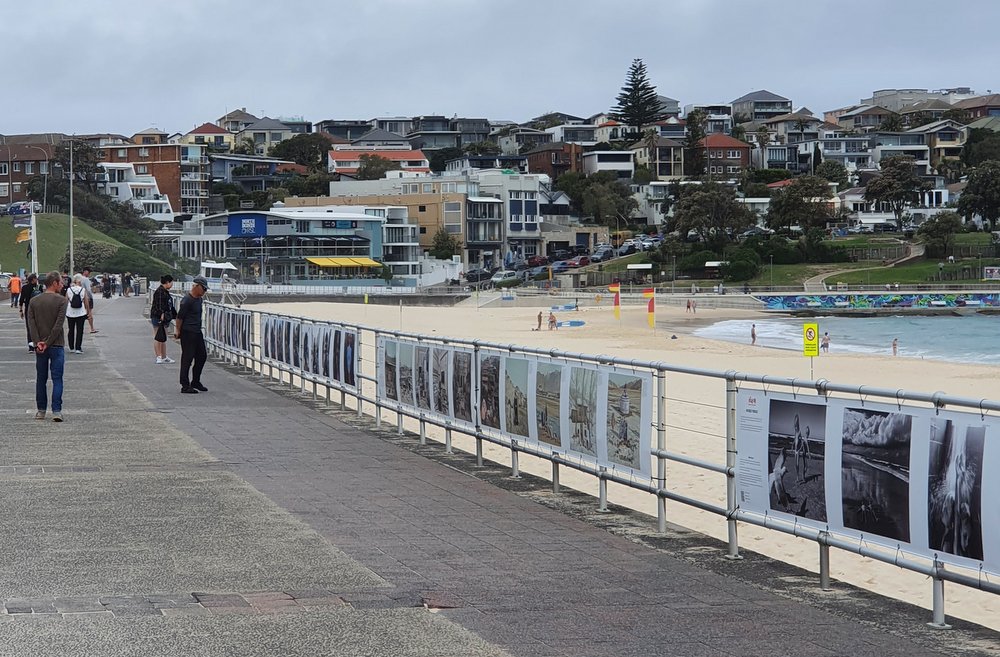 Sydney’s Head On Photo Festival differs to Photo Australia and BIFB, despite all three events focussed primarily on curating a festival of photo exhibitions and photography-focused workshops.

Firstly, it’s an annual event; secondly, its roots are firmly planted n the photographic – as opposed to ‘the arts’ – community; and thirdly, Head On’s organisers have struggled until very recently to secure funding from the public sector, private donors, or through photo industry sponsorship.

The 2021 financial report shows a massive turnaround in regards to government funding, with a whopping $726K of revenue coming in from the public sector. This is in comparison to $110K in 2020, demonstrating that something has changed. Perhaps Covid. But we like to believe there is finally an acknowledgment of Head On’s cultural value to Sydney’s artistic landscape.

Other revenue comes from providing goods or services ($199K). This mostly comes from entry fees for the prestigious Head On Awards, as well as tickets to festival workshops, and memberships for access to benefits such as the monthly Head On Spotlight video series.

Donations consist of just $19K – a paltry sum compared to the two festivals to the south.

As for expenses, salaries account for $246K – the least, again, of the three festivals. Yet Head On employs the most staff with five full-time employees. Assuming there is an even split that’s around a $50K salary per person. A bit different to BIFB which has two full-time employees who are likely on six-figure salaries.

Head On’s only other expense is simply labelled ‘all other expenses’, and accounts for $101K, resulting in a total of expenditure of $347K. That leaves Head On with the aforementioned $641K net income.

It’s an interesting exercise to explore how these festivals differ, or share similarities, in their business models.

Head On, for example, is missing out on significant cash injections from the private sector, possibly due to a lack of connections with wealthy art aficionados. But the festival partially makes up for this with contest entry fees. It’s also the most frugal and cost-effective event – it’s total annual expenditure is roughly half of other festivals, despite running annually – twice as many events.

With plenty of runs on the board, Head On’s team are experienced and have piloted many festivals through various challenges, such as the onset of Covid restrictions and a chronic lack of funding over a decade. This has provided the versatility that allows Head On to craft new funding pools into new initiatives and features. If these pools dry up, it’s not necessarily a show stopper – just another challenge to overcome.

Photo Australia has big ambitions. The most notable and unmatched achievement is commissioning new works. But when the annual expenditure is high, and finishing a financial year with just $32K in the bank looks a bit sketchy. Hopefully nothing gets in the way of Photo 2024.

BIFB seems to be in a solid financial position: Heaps of continuous public funding; a pre-Covid real estate investment; and philanthropists willing to prop it all up. The future now hinges on the new director and CEO, and we eagerly await to see who are appointed these roles.