OM Digital Solutions, the brand formerly known as Olympus, has announced the OM-1, its first major camera since the takeover, which boasts a 20.4-megapixel stacked CMOS sensor. The OM-1 will be available from early March 2022 with a hefty RRP of $3299, body only. 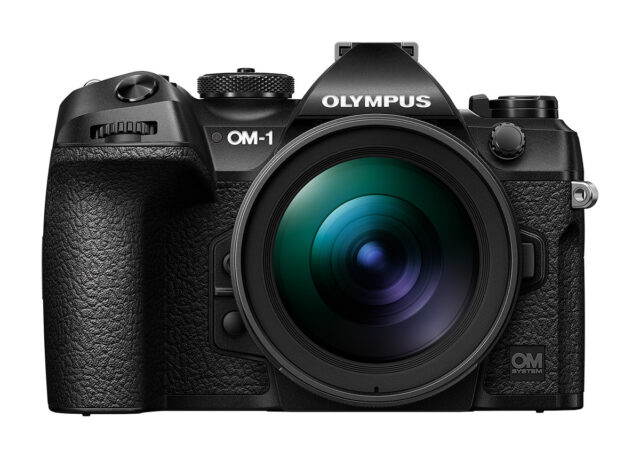 Before jumping into the specs, its worth highlighting the name OM-1 is the same as Olympus iconic 35mm film camera released 50 years ago in 1972. The OM-1 has the Olympus badge on the viewfinder, which is curious to note given Inside Imaging reported last year that OM Digital Solutions only appears to have access to the ‘Olympus’ brand name for a limited time. It’s reported elsewhere that this will be the last Olympus-branded camera.

The Stacked BSI Live MOS sensor combines with the TruePic X image processor, which is claimed to be three times faster than previous models, to provide improved dynamic range and the highest resolution of Olympus cameras. New noise processing technology pushes the maximum ISO to 256,00, and image stabilisation delivers 7.0 steps in-body compensation, and a new Handheld Assist feature makes it possible to shoot slow shutter speeds without a tripod.

The OM-1 also has new ‘computational photography functions’. This includes a 50MP Handheld High Res option, which shoots and merges 12 images with half pixel shifts along with Tripod High Res Shot, the same function but adding a tripod to merge eight images to create an 80-megapixel resolution image.

OM lists other computational functions, such as Live ND which simulates the effect of an ND filter; Live Composite to add ‘brighter sections to the composite image’; as well as familiar modes like Focus Stacking and HDR Shooting.

The press release throws out some ugly and obfuscating sentences heavy with tech marketing buzz words to explain the camera’s AF system so, having lost us in translation, we’ll let the Olympus marketing team explain this one: ‘A quad-division photo diode configuration allows for On-chip Phase Detection in both vertical and horizontal directions. 1053-point, all cross-type, the world’s first Cross Quad Pixel AF is utilised to focus on various patterns of subjects across all pixels and the entire shooting range. The high-speed calculation capabilities of the new TruePic X processor and the new AF algorithm enable high-speed, high precision focusing on the subject no matter where it is in the frame. Furthermore, this model is equipped with AI Detection AF, which was developed using deep learning technology.’ So there you have it.

The OM-1 can track trains, planes, automobiles, motorcycles, helicopters, birds, cats and dogs. Sequential shooting can reach up to 50 fps blackout-free shooting, and up to 120 fps AF/AE locked sequential shooting.