After several years as senior sales and marketing manager, Stewart Pickersgill has been appointed general manager, Camera House Raleru, with Jon Paterson in the role of executive chairman. 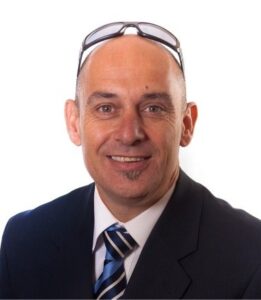 ‘I look forward to leading the team at Raleru supporting these businesses into the next phase.’

The appointment was warmly received by Stewart’s colleagues across the industry, with some Facebook comments hinting it was perhaps overdue.

Stewart has been part of the photo industry for around over three decades, with senior roles with Ricoh cameras and then CR Kennedy.

He joined Raleru in 2013 as national buying and merchandise manager before being promoted to head of sales and marketing in 2021.

He will assume the reins of a Camera House which has emerged from the worst of the Covid shutdowns in remarkably good shape, having increased profit on significantly reduced sales in the 2020/21 financial year.

‘The financial year closing June 30, 2021, must have been one of the toughest trading
environments seen by Raleru and the Camera House network since its incorporation,’ the Directors Report accompanying the 2020/21 financial statement states.

‘The company set a conservative budget for FY 21 given that the potential effects of Covid were still unknown. The first half of the year traded well above budget but significantly behind the previous period. Much of this decline was due to the trading uncertainty imposed by lockdowns

‘Over this period, consumer confidence was initially low, but the decision to decentralise
web sales directly into stores appeared to be paying dividends.

‘The second half of the year which is traditionally more challenging for stores closed well above budget and in line with previous years when commercial sales are accounted for. Covid imposed significant interruptions to business across the country. Impacts were to be felt in all industry sectors, with an added frustration to supply chain and logistics and credit insurers decreasing credit limits

‘As the Delta variant emerged and multiple, extended lockdowns ensued, click and collect
was the order of the day. With hundreds of days of lockdown, on-line sales were the only
viable sales channel. Despite this, our owner/operator business model prevailed and
resilience of our Camera House network saw some solid trading results, those stores holding sufficient stocks and offering a strong customer experience performed well.

‘Our specialist position within the industry has seen the Camera House/Raleru share grow with most of our major suppliers, where we hold either first or second position.’ 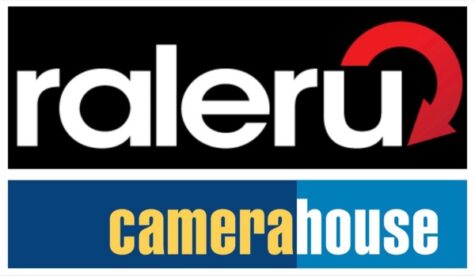 The change of senior executive structure at Camera House was accompanied by an Organisational Announcement, dated June 28, which Stewart has since shared with Inside Imaging:

In January of 2021, Raleru announced a major restructure moving away from the traditional General Manager structure. David Burlew was appointed Managing Director with the purpose to provide for repositioning of the company to a more member–driven and retail focussed organisation.

The Raleru Board believes that this structure gave capability to deliver the necessary cultural and structural changes that were required.

David’s tenure as Managing Director was always intended to be a short–term strategy to deliver the necessary changes. Having delivered on the board’s strategy, David Burlew will step down from his position as Managing Director and resume his role on the Board as an independent director.

The Board met in January of this year to design a structure that delivered a hands–on senior manager with experience in Raleru’s wholesale distribution business model, but also the experience and expertise that only comes with decades of photographic retailing.

The Board has appointed Stewart Pickersgill as General Manager. Stewart will bring his experience as a senior manager with 37 years in the photographic industry, ranging from his early years in retail, over 20 years of wholesale distribution delivering products and services to the retail network across Australia, and the last 9 years in senior roles within Raleru.

In addition, The Board approached Jon Paterson and asked him to serve as the Executive Chair for Raleru. Jon, with 38 years’ experience in photographic industry, 23 in his own store and 12 as a Camera House member, will deliver the necessary member drive and a truly retail focused view.

Furthermore, his strategic and governance oversight with 8 years on the Board of Raleru will continue to bring together the alignment of the company executive with the Board’s strategy.

Jon and Stewart…will commence their new positions as of 1st July, 2022.