Ag-X out with a whimper?

In the first part of this review of legacy silver halide technology and whether it has any role in the future of photography, we focussed on film.

Today we will have a look at silver halide colour paper and chemistry, which is still being offered as an alternative to inkjet printing by some prolabs and supported by a few ‘volume labs’ (schools and event photography). There are also still a few retail minilabs around the country operating Fuji Frontier or Noritsu Q-series wet labs.

However, it may be that the consumables – the paper and chemistry – required for output from this equipment will in the near future become either prohibitively expensive or simply unacquirable, rendering those silver halide processors and printers obsolete.

The threat is compounded by business realities: Fujifilm sees no future for silver halide technology in its recently articulated FUTURE 2023 strategy. It seems that film as well as Fujifilm Crystal Archive paper and the chemistry to process it are simply cash cow products, as Fujifilm reshapes itself as a health technology company.

Meanwhile over at Kodak, the twin burdens of incompetence and a lack of money are cruelling the pitch for silver halide. While Kodak Alaris held onto the Kodak brand, it sloughed off its entire colour paper and chemistry business to its former chemical manufacturer and paper finisher, Sino Promise, for a measly US$5 million. In less than two years, Sino Promise has driven the business towards a cliff,  withdrawing trading terms to customers around the world, reportedly being denied critical supplies, including coated master rolls, due to debt defaults, and consistently failing to meet deliveries on time and in full. It’s a basket case.

Sino Promise is no longer sending Kodak paper to Australia unless it has been paid for in advance, with transport to be paid for by the customer.

(Local retailers are now being asked to make orders for 3 to 5 months supply of paper to the local Sino Promise sales rep so he can bring in a container load! This is apparently off the Sino Promise books. We have made numerous attempts to contact Sino Promise both here and in China, but communication has proven impossible.)

Worryingly, Fujifilm has indicated it will not be in a position to fill the breach if supply of Kodak-branded products fail completely. 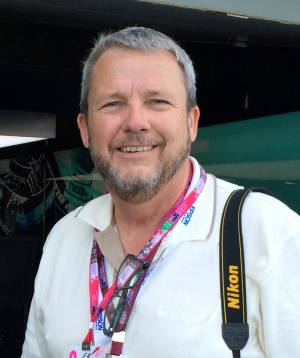 We asked Stuart Holmes (right), managing director of Australia’s leading supplier to specialist photo retailers and labs, to respond to some questions on silver halide technology and its future. IPS distrubutes a broad range of ‘both ‘wet’ and ‘dry’ products from Kodak, Epson, Canon Hahnemuhle and Champion, among others.

With a lifetime working on the photographic output side of the industry, and no particular axe to grind either for or against silver halide technology, he is among the best-placed photo industry business leaders in the world to comment on the current state of play:

Inside Imaging: Hi Stuart, following the Sino Promise shenanigans, I’m doing something more generally on the demise of silver halide. Seems like several dynamics have conspired to basically put a question mark over its longevity…
Stuart Holmes: Yes, Ag-X very much dominated for over a century, but as they say, ‘The King is Dead, Long Live the King’, and IMHO that ‘New King’ is very much 6-Colour Dye Based Minilab Inkjet and its big range of microporous paper choices in an unprecedented range of surfaces from gloss to matte, and metallic to canvas.

II: The latest paper & chem price rises have put silver halide output into a premium category. Is its historical advantage as a cheap and good quality printing technology still there? Does silver halide justify a premium? If not, what’s the point of it?
SH: Across the last 25 plus years Ag-X research and development costs plateaued. It had achieved its practical best performance output with the advent of RA-4 Rapid Access Colour Paper Processing Chemistry in the period of the 1990s early 2000s.

Now the diminishing Economies of Scale involved in the manufacture of light sensitive silver halide materials see it being referred to by the manufacturers as ‘Coating Events’. Dedicated coating lines are a thing of the past and once popular silver halide papers are now specialised indent lines.

However the renewed interest shown for traditional 35mm colour print film, mainly from what you might call hipsters & Gen X & Y people, has not been paralleled by an increase in printing on silver halide paper. Most minilabs tell us the majority of film processed on site goes straight to a film scanning & upload service, not to Ag-X Prints, so there is no real ‘end-to-end’ output benefit for silver halide prints.

II: So does silver halide colour printing only continue because of sunk costs on expensive processing equipment?

SH: Considering the average minilab equipment finance lease package of 60 Months – five years – it’s hard and somewhat illogical to apply the ‘Sunk Costs’ of capital expenditure as being part of the real equation for hanging on to  onto 10, 20  or 30 year old machines. And there is now only a limited range of wetlabs, for the most part being Fujifilm Frontier and Noritsu QSS 37/xx 38/xx or 39/xx Series machines.

Over the last five years in Australia and New Zealand there has probably only been a handful of these new labs sold and installed. The most obvious reason for businesses to hang on to old wet lab equipment – besides the fact it used to be eye-wateringly expensive at up to $330K – is the old adage, ‘if it ain’t broke, don’t fix it’. This doesn’t take into account the real ‘Cost in Use’/Total Cost of Ownership of continuing to run much older, larger, power-hungry wetlabs which, were never built for the low volumes and small orders we see today.

The lab owner is perhaps remembering the initial purchase cost of their old minilab, rather than considering the revenue is has raised over its lifetime. It has usually paid for itself many times over. The future is less expensive, more efficient inkjet minilabs which deliver a higher quality image.

There is also a somewhat sentimental, slightly dewy-eyed perception that old silver labs are somehow more authentic, or that there might be a perceived ‘unique selling point’ to silver halide output. (Even  though the majority of  minilab operators these days do not appear to follow QC Protocols or run the RA-4 Process Control Strips to control and optimise the process.)

But even a properly maintained and colour-managed wetlab cannot match the superior colour gamut and resolution of today’s 6-Colour Inkjet Drylabs. They also demonstrate a whiter print base and superior skin tone rendition, along with higher resolution and density of black type – important in schools photography, for instance.

The majority of wetlab to drylab transitions over the last five to eight years have not so much been planned upgrades, but more of a last-minute consideration when the old wetlab finally gave up the ghost… 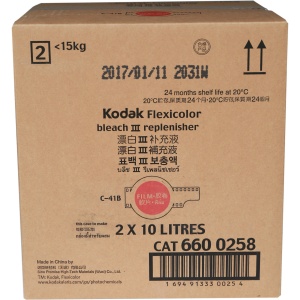 II: Photochemicals look like they are increasingly being regulated out of viability – is that correct?
SH: Dangerous Goods (DG) legislation and restrictions in manufacture, shipping and handling have certainly ramped up over the last few years to the point that costs have sky rocketed, with increased levies on all DG chemistry products. There are also constant references to the potential of Dangerous Goods being legislated out of existence in various states and countries like California, and even China has ramped up transport restrictions and levies.

On the upside however, this pressure has also encouraged ‘last man standing’ chemical manufacturers like Champion/CPAC in Malaysia to re-invent their lines of previous DG chemicals into Non-DG versions – a win for not only their customers, but importantly for the environment!

However, the actual supply availability of the raw material components are under constant cost pressures as there are only one or two actual suppliers in existence now. All being sourced from China is itself a politically loaded issue. There have been large and frequent price increases in photochem raw materials over the last 12 months in particular.

II: There used to be silver recovery services for minilabs, prolabs etc. Do they still exist? Do all silver-supporting labs use them?
SH: Back in the day all photo labs had an enforceable Trade Waste Agreement with their local water authority and were audited and compelled to safely handle and dispose of waste chemistry products either via an in-lab Siltec-type electrolytic silver recovery unit or, alternatively, have all waste chemistry bottled up and picked up by a registered trade waste disposal company.

Silver Recovery Services are somewhat off the front page these days because there just isn’t a lot of photo labs using Ag-X chemistry. However it’s worth noting that the film processing labs still in existence across the country are now almost as busy as they have ever been processing C-41 film, but with the rider as noted above that there is no real ‘end to end’ output benefit for traditional silver halide printing, as most exposed and processed film goes straight to scanning and upload rather than silver-based prints.

II: When it comes to film, prices just keep going up and up. Is it being priced out of existence?

SH: There have been two major competing pressures on the availability and costs of 35mm & 120 roll film: One is the actual manufacturing capacity of Fuji and Kodak. The rise of digital imaging output in the early 2000s forced manufacturers to scale back, retire and then eventually scrap photographic coating equipment. The resurgence in interest in film has seen the industry unable to satisfy this new, unpredicted demand. Supply has not been meeting demand for at least the last 2–3 years and in that environment the manufacturers have taken the opportunity to increase prices sharply and frequently, explaining the price hikes as ‘controlling manufacturing’.

I guess the future of photographic film in 35mm & 120 format will sit with the Hipsters & Gen X & Y consumers. Whether they continue on with film under these circumstances of difficult hit-and-miss supply at ever increasing prices is anyone’s guess.

– As well as being the only distributor in Australia totally focussed on specialist photo retail and prolab businesses, Independent Photo Supplies is also a valued advertising supporter of Inside Imaging.

– Next issue we speak with Alan Logue, Hutt St Photos Adelaide, who acquired a new Noritisu QSS wetlab about 5 years ago and,  far from having any regrets, tell us business has never been better! Is there ‘life in the old dog’ yet?