Online payment platform, Square, has released its Photo Studio app that allows seller to capture product images ‘on-the-go and through their phone, without the time and cost of a professional photo studio’. 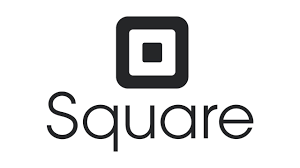 ‘It’s no secret that products with professional-looking photos perform better than those without,’ said David Rusenko, head of eCommerce at Square, in the press release. ‘Unfortunately, the cost, skill set, and labour involved with taking those photos was often prohibitive. Now, with Square Photo Studio, sellers can give their items the look of a professional photo studio shoot from the comfort of their home, the office, or on the go.’

Why hire an expensive professional product photographer when this app can do it all?

The app works by isolating the product from the background using -yep, of course – artificial intelligence. There are then several stylised scenes for the user, with new backgrounds, shadows and colours. If the seller uses a Square catalogue the images are easily connected to it, but the app is also available for anyone interested in harnessing these capabilities.

We’ve heard similar claims from big tech companies and adjacent experts before – that some app or new concept/technology will bring professional photography to everyone, making the working pro redundant. Apple’s shot on iPhone led pundits into an ongoing period of claiming the iPhone is not only closing the gap between phone and high-end camera, but killing the technology as ‘millions of amateur shots [are] suddenly professionalised’. And this is the second time Inside Imaging has reported that Square is cutting into the product photography market, after it announced a robot photo studio in 2019.

The app has received 39 ratings on the Apple App Store, averaging 4.6 out of five. Reviews range from:

‘I’ve spent hours and hours over the years manually removing backgrounds from photos, trying to get lighting just right, and worrying about shadows and backdrops. This app magically solves all of it in one easy camera snap.’ (Five stars)

‘I have used it extensively but it does not produce studio quality photos. Especially the edges of the items are blurred or just rugged when you zoom into the photo. Once it generates really sharp edges, then it will be great.’ (Three stars)

‘This is really useless if you want a quality photo. Unless you have fantastic lighting and a great camera on your cellphone, the photos don’t look very good. Would be better if if the app could remove backgrounds from photos that were taken with a professional camera & lighting. Then you would have a great looking product and cool background. But with this app you get a subpar looking product and cool background… doesn’t add up and customers will be able to sense that something is off.’ (One star)

The Square Photo Studio marketing material that demos how the app works is also slightly misleading. It shows a picture of a converse sneaker on a coffee table with a couch behind it, and the next photo of the isolated version shows the same-looking shoe, but it’s clearly not the exact same picture. If Square wants to sell this thing, maybe it should show real working examples of the app is use. But this is nitpicking, really, and what’s exciting is the shoe is perfectly isolated with sharp edges and nice template backgrounds. Good enough to upload onto an online shop.

Inside Imaging was curious to find out if product photographers should be concerned about this new threat. So we downloaded the Square Photo Studio to try the full professional-like photo studio experience!

Going into this, there were expectations that the app was going to be a complete dumpster fire. Square is already using fake photos to demo the app, and the hype woven into marketing spin makes it surefire to fall short.

That being said, it wasn’t as bad as initially expected. Not a complete dumpster fire, anyway. So product photographers can rest easy, as this app is quick and nasty and won’t replace professional photographers – yet.

The app essentially is an automated ‘Object Selection’ tool that then offers template backgrounds with ordinary shadow effects. The more basic the object, the better. And users need to closely follow the guidelines and photograph products against a plain background.

The next test was a woven hat on a white wall, which looked alright from a distance but, again, was soft when zoomed in. Pretty much unacceptable for any online clothing retailer who wants to show fine details and an accurate reproduction of the product. And that would likely be most of them.

With summer around the corner, holidaymakers will want to shield their eyes from the harsh sun. But this doesn’t look like it would be of much use. Would someone look at this picture and buy these sunglasses? A pair of sketchy servo sunnies are a better bet – at least you can try before you buy. (This was photographed against a piece of yellow paper.)

The last test was a tricky one. The app was set to fail, as if it couldn’t pick up a square record sleeve, what hope would it have at capturing a house plant against a white background. Although if users trust Square’s own demonstrations, this shouldn’t be beyond the capabilities of the app. So here is a real test of the Square Photo Studio AI’s intuitive ability to separate object from background.

The app might be handy for someone selling some basic-shaped products using low-res images. Perhaps spending more than 15 minutes with it, users may learn techniques that achieve better results than Inside Imaging‘s brief fiddling. Or maybe they’ll consider hiring a professional product photographer.