Turkish photographer, Uygar Önder Şimşek, claims to have been exiled from Turkey in 2018 after the Sony World Photography Awards mistakenly used his real name instead of a pseudonym. 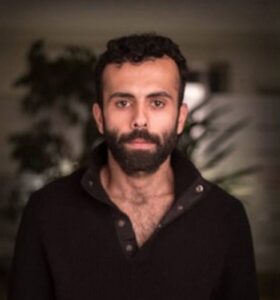 Şimşek (right) informed Petapixel he was a shortlist finalist in the 2018 Sony World Photography Awards for his series, Retaking Raqqa, which shows the Kurdish Syrian YPG (People’s Defense Units) militia taking back Raqqa from the Islamic State (ISIS) in 2017.

Kurdish militia groups played a major role in the battle against ISIS in north eastern Syria, and the YPG is a US ally. However, the Turkish government considers Kurdish political and militia groups a threat, over fears they will attempts to establish areas of Turkey as an autonomous Kurdish region, and the YPG is designated as a terrorist organisation. The Kurdish threat stems back to the 1920 Treaty of Sèvres when the Kurds, a Muslim ethnic group with cultural/linguistic traditions, were promised a homeland by Western powers following the fall of the Ottoman empire. Only Iraq identifies a Kurdish autonomous region, despite many Kurdish people’s homeland existing within areas of Turkey and Syria.

According to the Washington Post, there are 30 million Kurds and half of them live in Turkey, and acts of violence have come from Kurdish nationalists and the Turkish military.

So most of the world cheered on the Kurdish military efforts against ISIS. But in Turkey, where press freedoms deteriorated following the 2016 failed military coup, Şimşek’s photo series are grounds for terrorism charges to be laid.

‘So the atmosphere changed for journalists on the ground (after the 2016 failed coup),’ Şimşek told Petapixel. ‘Day by day, some colleagues were getting arrested and we were all getting worried about ourselves too. Some friends stopped working on some issues, some even quit journalism as the number of journalists in jail got around 150 for a while.

‘So I decided to use a pseudonym on my Kurdish-related journalistic work for my personal security, like many other journalists in history. At the same time, I was making commercial pictures and videos in turkey with my real name. So I separated the “work”.’

According to Şimşek he entered the photo series with his pseudonym, and organisers from the World Photography Organisation (WPO) notified him that Retaking Raqqa was shortlisted in the in the Professional Current Affairs & News category. He then e-mailed the WPO requesting they protect his identity.

What follows is a ‘he said, she said’ between Şimşek’s and WPO’s version of events. The organisation claims he entered with his real name.

‘Although this isn’t something we’ve been previously asked to do, we did accommodate his request and attempted to override our system’s automated processes manually,’ a WPO spokesperson told Petapixel. ‘Despite manually working through this, his name on his original entry was used for the shortlist announcement at the time. To note, we have since updated our backend systems to allow for automated changes to an individual’s name.’

Şimşek claims he used a pseudonym from the beginning, including in the photo metadata, but during liaison with the WPO he used his real e-mail and contact details. Petapixel didn’t share the e-mails, but said it received copies and verified them.

Despite repeated requests to have his name protected, the Sony World Photography Awards released his real name as part of the press package. Shortly after the WPO issued a correction that it wasn’t Şimşek’s series, but the genie was out of the bottle.

As a result, Şimşek’s ongoing trial took a bad turn, and in June 2018 he was found guilty of terrorism charges and handed a two and a half year prison sentence.

Şimşek’s lawyers launched an appeal, which would ultimately be futile but bought Şimşek the opportunity to escape to Germany, where he remains. Since being in exile he’s received financial support from NGOs and awarded German state fellowship scholarships to cover ongoing projects.

Şimşek highlights how integral anonymity is for some photographers working in countries with state censorship and where press freedoms are under attack. He was inspired to share his story after an anonymous Myanmar-based photojournalist won the top award at the prestigious Visa pour l’Image photojournalism festival in Perpignan, France.

The Sony World Photography Awards ultimately withdrew Retaking Raqqa from the shortlist of category finalists. It’s not the first time the organisation has buckled under pressure and removed finalist images, after it censored images of the Hong Kong protests in 2020.