The sleazy side of glamour photography

There is an unusual tendency for some men, of a certain age, to pick up a camera and decide their new passion is boudoir and glamour photography.

Taking up new hobbies and interests later in life is encouraged- especially as people head towards retirement age. Maybe it’s a hands-on skill like carpentry, a physical activity like jogging or golf, getting activated with local community groups, or buying a new camera to take up photography.

Perhaps the photographic speciality will be in macro, landscapes, family portraiture, travel, or birds and wildlife. Each has its own set of challenges to master.

But some are drawn exclusively toward portraiture of young models. While this new fascination in boudoir and swimwear photography might raise eyebrows of family and friends, it’s hopefully not driven by a desire to ogle younger women.

This sadly isn’t always the case, with some photographers’ behaviour ranging from awkward and creepy, to potentially criminal. Some predators have leveraged the camera, under the guise of ‘artistic fashion photography’, to gain access to younger female models.

There aren’t many everyday situations where two strangers are alone in a private setting. It usually involves a professional service provider, and unfortunately photography is one of the easier professions to fake and exploit. 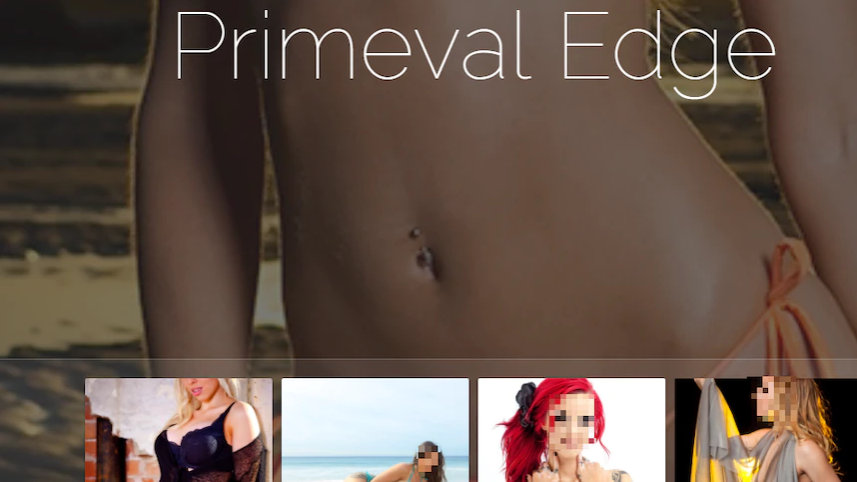 Todd procured aspiring models through his phoney glamour photography studio, Primeval Edge – a backyard studio operated from his shed, where many offences were committed between 2011 and 2017. With a previous conviction  for criminal behaviour from back in the ’80s, later in life Todd exploited professional photography to meet his victims. He offered professional portfolio photo shoots via Facebook. Newcastle District Court Judge, Tim Gartelmann, said Todd ‘violated’ his victims expectations.

Todd pressured some women to strip naked for ‘artistic photos’, despite no prior discussion about nudity, including one woman who requested portraits to give to her mother. After three women went to police in 2017 with complaints about Todd, a taskforce was set up and more women came forward with similar stories. Todd was jailed for 12 years, with a non-parole period of eight years.

Other portrait photographers have had similar accusations levied against them, including another Newcastle photographer, Rob Eyre, who is facing trial next year for alleged sexual abuse of six models.

The 57-year-old photographer plead not guilty to eight charges, including four counts of sexual intercourse without consent and two counts of assault with act of indecency. Charges relate to alleged incidents that go as far back as 2009, and against women as young as 17.

He operated Rob Eyre Photography, claiming to be experienced in ‘all formats of photography, model portfolios, fashion, editorial, product and a passion for dancer photography’. The trial, scheduled for 2022, is expected to run for four or five weeks with the crown relying on a ‘large amount of photographic evidence’, according to Eyre’s lawyer, Rebecca Suters.

In events unrelated to his criminal trial, in 2016 the photographer defended one of his photos to the ABC, which was criticised by a feminist group for ‘sexualising pre-teen models’. The ABC article explores how Instagram was publishing ‘sexualised’ photos of young girls, including some who are underage.

‘What’s disturbing about these photographs is that at some point, someone told this child, “Lay down on the ground, arch your back, don’t smile, look serious and pout”,’ said Caitlin Roper, campaigns manager at women’s not-fot-profit advocacy group, Collective Shout.

The ABC asked Eyre if he considered an image of a girl ‘wearing black lace, posing on the ground with a serious expression on her face, could be seen as “sexual”‘.

‘That’s a shock as it seemed a cute image when I took it,’ he responded. ‘I wouldn’t have thought just laying there would be seen as suggestive.’

‘I’m always mindful of what I shoot with these dancers, as they do put themselves in moves and positions that, to the wrong person, can be taken the wrong way,’ Eyre said.

With charges against Eyre dating back to years before the ABC article was published, Roper wasn’t overly surprised the charges emerged.

‘In our experience, where there is smoke there is fire,’ she told Inside Imaging. ‘Whether it’s companies that objectify or exploit women in their advertising or a photographer taking sexualised and potentially inappropriate photos of young girls, it’s always a red flag.’

One of Collective Shout’s campaigns is currently against Instagram, which is on the verge for controversially releasing a ‘child-friendly’ version of the picture-sharing social media platform, as oxymoronic as that might seem. The group conducted research which found a plethora of Instagram accounts posting sexualised child modelling photos, which are alarmingly littered with lewd comments from adult men.

In October 2020, a Reddit user on the r/Melbourne sub-reddit posted a warning about an amateur fashion photographer, who had contract clauses that provided consent to being touched and ‘participate in any sexual activity if I am asked’. One clauses states the model must ‘accept… there may be times of sexual arousal…’

At first it comes off like a sick joke – it’s hard to believe anyone would hand this obscene contract to a model. But the Daily Mail verified that young women had been approached by the photographer. A 21-year-old told the tabloid paper this photographer approached her on social media and propositioned her for work. ‘He asked me to shoot with him maybe once or twice, and I declined,’ she said. ‘I ended up blocking him actually, because something just felt off to me.’

The photographer declined Daily Mail‘s request for a comment, but added he sought legal advice.

Above are isolated incidents of criminal and alleged or potentially criminal behaviour perpetrated by photographers against younger models. It in no way reflects the broader trend of mature amateurs taking up fashion photography.

In the modelling industry, these individuals are referred to as a ‘Guy With Camera’, or GWC. As in, ‘they’re not professional photographers but simply a guy with a camera’.  The GWC may pretend to be passionate about photography, but hasn’t improved or developed their skill set in years. The underlying agenda is to see naked women, or amass a private collection of images.

Oh, and we’ve been a little harsh on the older blokes. There are talented photographers who have been shooting glamour-style photography for decades, and shouldn’t be shunned from continuing this work just because of their age. And the Guys with Cameras come at all ages.

Guys with Cameras aren’t necessarily dangerous individuals, but their intentions have limited benefits for models or the overall perception of ‘fashion photography’. Online resources explain that the Guy with Camera can be identified by a number of traits. This includes a lack of an online presence or an amateur-ish or poorly-designed website, a low-quality portfolio showing minimal technical skills and unflattering, badly-lit posing, little interest or knowledge in fashion or photography, an eagerness to shoot nude, and inappropriate comments and behaviour.

Aspiring models and photographers typically arrange ‘Trade For Print’ (TFP) shoots, where everyone works for free so both parties can gain experience and add pictures to their portfolios. This is where models will likely come into conduct with a Guy With Camera, and it’s often a headache for the unsuspecting model.

The ‘guys’ can also form groups – sometimes within local photography clubs – and pool their money together to hire a professional model to shoot. Many experienced models accept the GWC and don’t view them as a major industry problem. Some can sniff ’em out quickly, and are quite happy to work with them for the right price.

‘Yes I work with GWCs and what some models would consider creeps or pervs. Why? Because they give me money to go on trips to work with “better” photographers,’ wrote one model in an online forum. ‘I’ve had plane tickets, hotels, food and other things covered by GWCs on top of a day rate. As long as they pass the “creep” test I’ll shoot with them.’

A concerned Inside Imaging reader from Queensland contacted us earlier this year after discovering a judging panel of a photo contest ran at her local family-friendly community fair consisted entirely of amateur boudoir photographers.

‘This gender stereotype of older men photographing younger women just doesn’t feel right,’ she told Inside Imaging. ‘They don’t need models for a TFP shoot. They’re surely not still learning at over 60 years old. Is it a hobby? Ick. And the type of photograph they’re producing with heavy diffuse glow and soft focus should have been outlawed years ago. I have zero idea as to why young women in 2021 actually wants to be photographed like that, or are happy with that result.

‘I assume it comes down to “free” photos in exchange for their modelling portfolio, instead of paying for a professional boudoir photographer who can provide something really beautiful for them. In that case these young women need educating too.’

It’s not hard to find some of these photographers online. One simply can head to Model Mayhem.

Model Mayhem is an online platform for models, photographers, stylists, and agents to connect with each other. It’s like the Gumtree of modelling and is used by professionals and genuine amateurs to network, with profiles crucially including a user review section for vetting and verification of credentials. It’s more popular with amateurs and semi-professionals than established professionals who have already built fashion industry connections.

Over the years, Model Mayhem has drawn criticism after amateur models were sexually abused after meeting predatory individuals through the platform. Although Model Mayhem has helpful education resources regarding model safety, including essential tips like: checking references and screening individuals; not being left alone even if it means having an ‘escort’; leaving a friend or family member information about whereabouts; taking a phone and your own water; and so on.

‘Sad is modern day society that unfortunately one does not know whom is behind a computer screen,’ writes model Maria Eriksson, for Model Mayhem. ‘You may get contacted by a photographer claiming to be a success, with paid work and promises of well paying jobs or published work, when in actual fact his profile is fake and he has stolen all the photographs in his portfolio. Do not let the allure of fame or fortune compromise your safety. It is really not worth it.’

Inside Imaging found Model Mayhem accounts for all the aforementioned photographers: the Queensland contest judges, as well as deactivated accounts for Rob Eyre Photography and Primeval Edge.

A cached copy of Todd’s profile shows he removed his ‘credits’, which is used to share profile links of collaborators for others to vet your profile. Todd claimed he deleted credits as ‘this section grew bigger than Ben Hur, so I have removed individual mentions. Every single model I’ve ever worked with has my utmost respect and thanks, without you all I couldn’t have produced the work I’ve created to date.’ With the benefit of hindsight, there could have been other reasons for deleting it.

Model Mayhem is arguably a better platform than Facebook and Instagram, as it’s dedicated to this industry and includes stringent safeguards allowing users to vet others to minimise risks. It also has an active community forum for users to ask questions or discuss ethics and boundaries.

Is this even an issue?

There will always be bad actors exploiting photography, as anyone can build a website, buy a camera, and claim to be an established and experienced fashion photographer. And during photo shoots, photographers are in control of the environment, and an inexperienced model may not know the boundaries of what’s appropriate.

Generally speaking, the optics of old amateur photographers taking boudoir photos of young women aren’t great. But it isn’t necessarily wrong either. Although keeping in mind how photography has been exploited in awful ways, a photographer should always take the necessary steps to ensure everyone feels safe and comfortable.