Sony Japan has announced the halt of production of the Sony A7 II, and the A6100, A6400 APS-C models, and  suspended orders from distributors and Sony Store direct online customers, attributing the disruption to semi-conductor shortages. 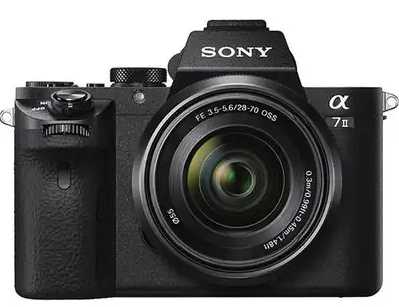 The three cameras effectively represent the budget end of the Sony range. The venerable Sony A7 II was launched back in 2014 and is now among the cheapest full frame mirrorless bodies on the market at an RRP of around $1700.

A browse of Australian retailers indicates the A7 II is still in stock from a range of retailers, as is the A6400, while the A6100 is harder to track down.

The (Google translated) text of the Sony Japan announcement goes a little bit like this:

Thank you for your continued patronage of Sony products.

Currently, with regard to digital imaging products, parts procurement is delayed due to the effects of global semiconductor shortages.

Therefore, after November 19, 2021, we will suspend the acceptance of orders from our distributors and customers at the Sony store for certain models with tight supply. ..

Regarding the resumption of order acceptance, we will consider it while observing the status of parts supply, and will inform you separately on the product information page.

We sincerely apologize for any inconvenience caused to our customers.

We will do our utmost to deliver the product as soon as possible, and we appreciate your understanding.

While the camera manufacturers are about as transparent as the shower curtain in Psycho, it’s fairly clear that stock problems are widespread. The latest CIPA production and shipment figures don’t indicate a product pipeline which is going to fix supply problems any time soon.

A recent article in Nikkei Asia confirmed that cameras were thin on the shelves of Japanese camera stores, and the giant Japanese retailers Yodabashi had two thirds of mirrorless interchangeable cameras in short supply, with 13 percent not in stock at all.

‘It’s not just semi-conductors; power supply ICs, audio codecs and various other components show signs of shortage,’ a Japanese analysts is quoted as saying in the Nikkei article.

‘Including factory shutdown caused by Corona, there have been successive supply chain problems we have been constantly attending to,’ a camera manufacturer executive explained to Nikkei.