Sony Australia has announced new Cinema Line model, the FX3, which has the look of the Alpha mirrorless range combined with sophisticated video performance of the FX6 cinema camera. RRP is $6699. 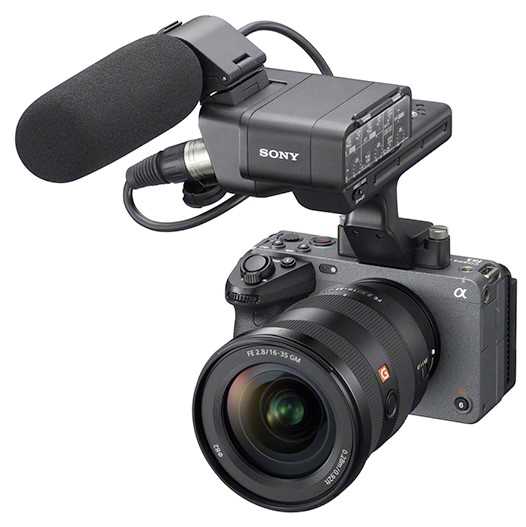 It’s the most compact model in Sony’s Cinema Line (718g with battery and card) and employs a 12.1MP Exmor R BSI CMOS sensor and a BIONZ XR processor to capture up to UHD 4K video with the shallow depth of field delivered by the full-frame format. It features an expanded ISO range of 80 to 409,600; over 15 stops of dynamic range; and limited rolling shutter effects. 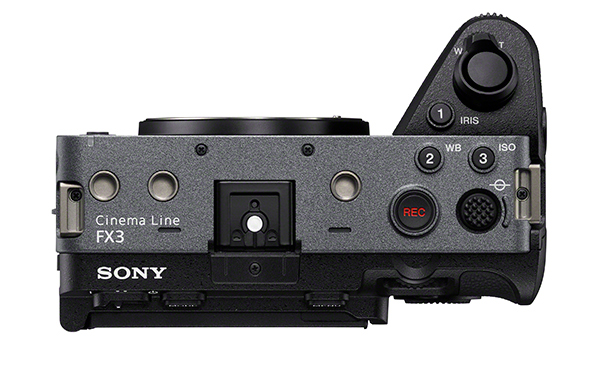 Its autofocus system uses 627 points of focal plane phase-detection. Features include Touch Tracking (with real-time tracking) and Real-time Eye AF, similar to the systems used in other Alpha cameras. The AF features have been refined to include adjustments for AF Transition Speed, AF Subject Shift Sensitivity, intuitive control and AF support when focusing manually.

Like the FX9 and FX6 Cinema Line cameras, the FX3 allows users to create a cinematic look without post-production, using S-Cinetone, based on the colour science inspired by Sony’s Venice camera. Users can record movies with in-camera 4K recording at up to 120 frames per second and also create slow-motion imagery (up to 5x) at QFHD (3840 x 2160) resolution with autofocus engaged. The FX3 is also compatible with S-Log3 gamma with S-Gamut3.Cine colour space and supports internal recording in XAVC S and XAVC S-I formats in 4K (QFHD) and FHD, and XAVC HS (MPEG-H HEVC/H.265, 4K only) format. 4K 60p video in 10-bit 4:2:2 or 16-bit RAW format can be output to an external device via the FX3 HDMI Type-A jack.

The FX3 is one of those new releases that a small number of readers will have a large interest in, so we’ve added the full press release and a product features video below: