My Book Died!..Kinda like a Leica….Setback in camera shipments recovery…

Western Digital is advising all users of its My Book Live/My Book Live Duo external hard drive range to disconnect from the internet immediately, due to the risk of losing all their data! 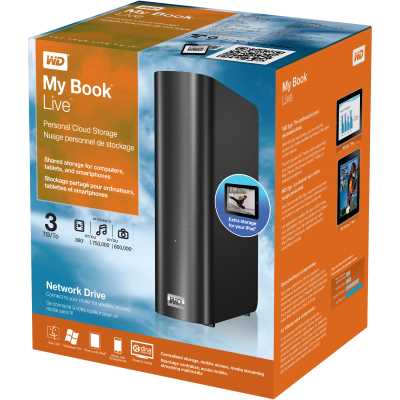 Western Digital is sheeting blame home to malicious software, but the WD hard drives have not been supported with security updates since 2015. WD said it believes the devices were compromised through an ‘unpatched vulnerability.’

‘It is believed that a threat actor performed a mass scan of the internet for vulnerable devices and used this vulnerability to issue the factory-reset command,’ Computer security website Bleeping Computer wrote.

‘I have a WD mybook live connected to my home LAN and worked fine for years,’ a WD customer wrote on a WD support forum wrote. ‘I have just found that somehow all the data on it is gone today, while the directories seem there but empty. Previously the 2T volume was almost full but now it shows full capacity.’

‘I have not had my files wiped but starting yesterday I was getting some alerts from Netgear Armor which runs on my home router that my MyBook was trying to contact a blacklisted URL and a blacklisted IP address,’ another wrote. ‘The IP address resolved to a Russian hosting service and the URL is for a click tracking company.’

WD customers impacted by the vulnerability will be relieved to know that WD understands that its ‘customers data is very important’: ‘Western Digital has determined that some My Book Live devices are being compromised by malicious software. In some cases, this compromise has led to a factory reset that appears to erase all data on the device. The My Book Live device received its final firmware update in 2015. We understand that our customers’ data is very important. At this time, we recommend you disconnect your My Book Live from the internet to protect your data on the device. We are actively investigating and we will provide updates to this thread when they are available.’

This opens up a can or worms when it comes to external drives which are no longer supported by the manufacturer. While it’s well understood that external hard disk drives can and will fail, the idea that they can now be rendered less than useless as soon as manufacturers withdraw security support is alarming. Surely consumers should be guaranteed at least 10 years support for the purchase price. If you use external hard drives or SSDs as part of your data protection system, check they are still being supported by the manufacturer.

With a brand that commands a premium, Leica seems to be increasingly attracted to the re-badging side of the business, taking products manufactured by other companies, slapping the Leica logo on them and doubling the price. Beats actually making stuff.

Panasonic has been manufacturing some of the Leica-branded compacts for years, with the lower-priced Lumix equivalents the smart buy for photographers more interested in value than cachet.

Now comes the Leica Leitz Phone 1, which according to the smartphone boffins is the recently released Sharp Aquos R6 under a different name, and with extra internal memory and a microSD card slot added. And a lens cap. Like the Sharp Aquos it has a 1-inch sensor – exceptional for a smartphone, and a 19mm, f/1.9 aperture Leica-branded lens. In this case it’s not Leica re-badging the Sharp phone but an intermediary – Japanese conglomerate The Softbank Group. The Leica Leitz Phone 1 will initially be available in Japan only and is priced at about two-and-a-half times the price of the Aquos R6 – well over $2000 in Australian money.

We were doing so well! While the year-on-year comparison has cameras shipments to April at 137 percent 2020 figures (166 percent in the interchangeables category) according to CIPA (Japan camera manufacturers)  there has been a big drop compared to the previous month.

It’s no surprise that 2021 shipments are street ahead of the 2020, but this year shipments of interchangeable lens cameras had been tracking just under 2019 levels, so not too shabby. Until April. Looking at interchangeables, there were 825,ooo shipped in 2019 and just under 500,000 this year.

Parts shortages, shipping problems and resulting thin supply might be part of the explanation – and more fixable than falling demand. On a more positive note, average prices for interchangeable cameras continues to rise, particularly in the now-dominant mirrorless category. In value terms, it’s now worth three times the DSLR market. When did that happen?