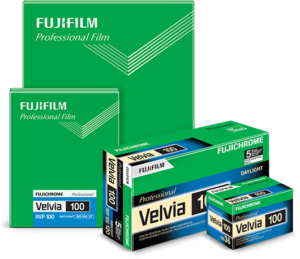 Fujifilm has withdrawn Fujichrome Velvia 100 in the US due to a new regulation banning phenol, isopropylated phosphate (PIP).

The move follows the introduction of a new toxic substances regulation which prohibits the use of PIP, which is typically used as a flame retardant and for lubricating properties. Fujifilm claims Velvia 100 has less than .0003 percent of the chemical. Velvia 50 is presumably IPI free.

Firmware Version 1.4.0 for the EOS R6 incorporates the following enhancements and fixes:

Every few years there’s an announcement of a new, improved image file format (JPEG 2000, JPEG XR, Google WebP, and more recently HEIC, adopted a couple of years ago by Apple) which, the announcement invariably informs us, will render good ol’ JPEGs redundant. This year’s candidate is JPEG XL.

JPEG XL can convert existing JPEG files losslessly, at the same time reducing the file size. A single JPEG XL file can be stored on a server and serve both JPEG and JPEG XL clients. A wide colour gamut, high dynamic range  and high bit depth are benefits claimed for the new format.

Will JPEG XL see off the nearly three-decades-old JPEG format? It’s unlikely, given there’s no widespread dissatisfaction with JPEG, and both memory and computing speed and power continue to drop in price and increase in capacity. If it’s still being talked about by the end of the year – all the other new formats were nine-day wonders – perhaps.