SONY α7 IV: The latest iteration in Sony’s Alpha 7 series of general-purpose cameras boasts a new sensor and improved video capabilities and includes many features shared with the flagship Alpha 1. The upgrade in image processing power, improved viewfinder resolution and the fully articulated monitor screen contribute to the α7 IV being arguably one of the best ‘all-rounders’ on the market today – but with a price to match.
RRP: $3988 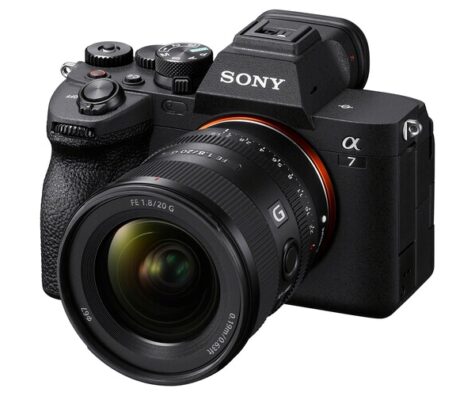 With production of the α7 II ceasing, photographers who want one of Sony’s ‘all-rounder’ α7 cameras will be left to choose between the α7 III and α7 IV. Whether the new model is worth the $1200 price difference between them is a question each potential buyer will need to consider.

When finally released in November 2021, the Sony α7 IV was a significant introduction to the Alpha 7 series featuring a new 33-megapixel BSI CMOS sensor and the latest BIONZ XR processor (which is also used in the Alpha 1 and α7S III), both of which deliver worthwhile performance improvements. While the increase in resolution will please some prospective purchasers, of more importance is the new processor, which claims to be able to record an impressive 15-stop dynamic range. It also underpins improvements to autofocusing and enables the α7 IV to support 4K 60p recording in Super 35mm mode and up to 4K 30p recording with 7K oversampling in full-frame mode.

Physically, the camera body gains a larger, more comfortable hand grip and a higher-resolution OLED viewfinder with 3,686,400-dot resolution plus a 120fps high frame rate setting that is virtually blackout free. The side-hinged, fully-articulated LCD monitor has slightly higher (1.03 million vs 0.92 million dots) resolution and its touch functionality has been updated to make menu navigation easier. Media support has been improved with slot 1 shifted to the top and configured for either CFexpress Type A or UHS-II SD cards, while slot 2 on the bottom supports only UHS-II SD cards. The compartment cover also gains a sliding lock. Users of the new camera can also opt to have the shutter blind close when power is turned off so they can change lenses without letting in moisture or dust.

The α7 IV inherits the AF system from the Alpha 1, with improved subject recognition capabilities. New AF Assist, Focus Map and Breathing Compensation functions have been added. Also from the Alpha 1 comes the inclusion of the HEIF (High Efficiency Image File) format as an alternative to JPEG recording. Video additions include the addition of 10-bit 4:2:2 recording capability for more flexible grading of footage in post-production and options to use H.265 compression (XAVC HS) plus more colour profiles, including the S-Cinetone colour mode.

The two-and-a-half year gap between the α7 III and α7 IV cameras has enabled Sony to introduce a number of important improvements in performance as well as handling. With production of the α7 II ceasing, photographers who want one of Sony’s ‘all-rounder’ α7 cameras will be left to choose between the α7 III and the newer, more powerful α7 IV. 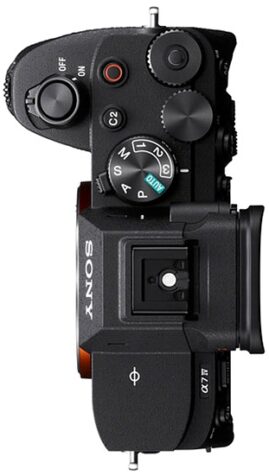 1. The 32.7-megapixel (effective) BSI CMOS sensor and BIONZ XR processor support a native ISO range from ISO 50 to ISO 204800 with a dynamic range of up to 15 stops.
2. The new dual-chip BIONZ XR image processor provides up to 8x more processing power than previous chips. It also minimises processing latency, increasing the speeds of both image and video processing and improving camera responsiveness.
3. The α7 IV records all video in Sony’s proprietary XAVC format, offering five selectable modes: XAVC HS 4K, which uses the high-efficiency HEVC codec; XAVC S 4K and XAVC S HD, all of which use Long GOP compression plus XAVC S-I 4K and XAVC S-I HD, which use All-Intra compression.
4. Dual memory card slots support UHS II SD and CFexpress Type A cards, the latter using slot 1, which is now the uppermost slot. The card slot gains a new locking cover.
5. Improved autofocusing capabilities use 759 phase-detection AF points that cover approximately 94% of the image area to provide Real-time Tracking and Real-time Eye AF with a 30% improvement in detection accuracy for humans, along with the ability to track birds’ and animals’ eyes for both still images and movies.
6. The α7 IV includes the same passive cooling system as the α7S III, which is essential for high-res / high frame rate video recording. Movie recording times are dictated by the file format/record setting, card used and ambient temperature but up to 120 minutes of continuous recording are possible in ambient temperatures of around 25o C with a CFexpress Type A card.
7. Continuous shooting is supported at up to 10 fps in ‘full-frame’ mode. The buffer memory can accommodate more than 1000 frames, regardless of the file format.
8. The battery is the same NP-FZ100 pack as used in the Alpha 1, α9 II, α7 III α7S III and α7R IV. It is located inside the grip moulding and is CIPA rated for approximately 520 shots/charge with the EVF or 580 with the monitor. USB charging is supported.
9. The α7 IV can accept the VG-C4EM battery grip, which is weather-resistant and can hold two batteries. As well as providing controls for vertical orientation, it allows batteries to be recharged via the camera’s USB port, without detaching the grip from the camera.
10. Input ports are provided for external microphones and headphones and a wired remote controller. The camera also comes with USB Type-C connector that supports fast SuperSpeed USB 5Gbps (USB 3.2) data transfer and enables tethered data transfer. It also has a Multi/Micro USB terminal.
11. Built-in Wi-Fi supports 5GHz/2.4GHz wireless LAN (IEEE 802.11a/b/g/n/ac). The α7 IV also includes built-in Bluetooth V. 4,1 communications. USB to high-speed wired LAN connectivity is also available and offers stable and fast FTP transfer for both movies and stills.

For a more extensive review including performance charts, go to Photo Review