NIKON Z6 II: A small upgrade to the Nikon Z6 that addresses key complaints about its predecessor without changing its best features. It boasts worthwhile improvements to what was initially a very good camera. The upgrade is capable of excellent performance, even with the relatively inexpensive 24-50mm kit lens supplied.
RRP: $3499 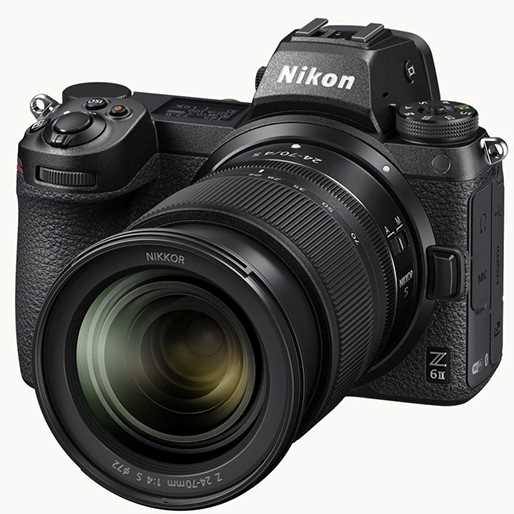 Physically, there’s little difference between the new Nikon Z6 II and its predecessor, the Z6 (which remains on the market). The body is marginally deeper and the card slot cover larger to accommodate the additional memory card slot, which adds a UHS II SD card slot to the XQD/CFexpress slot from the original camera. The new camera can also accept a vertical grip (the new MB-N11 battery pack) without compromising its weather-resistant sealing. USB power delivery is now supported for recharging the battery and users can also power the camera directly via a USB source. Other changes are largely internal.

The 24.5-megapixel sensor hasn’t changed but the Z6 II gains dual EXPEED 6 processors, which have expanded the ISO sensitivity range and boosted the top continuous shooting speed to 14 fps for JPEGs or 12-bit NEF.RAW files. Buffer memory capacities have also increased to a maximum of 200 frames per burst for JPEGs and losslessly-compressed 14-bit NEF.RAW frames. A second SoC (System on Chip) processor has improved autofocusing performance and enabled the addition of both human and animal eye detection in the Wide-Area (L) Mode. The AF system can now operate in light levels down to -4.5EV, a one-stop improvement on the previous camera. Support for uncompressed TIFF recording is no longer provided in the Z6 II. The EVF is unchanged from the Z6 but the new processors have reduced its refresh lag and the blackout time between shots during continuous recording.

The main change to the new camera’s video capabilities is the addition of 50/60 fps (PAL/NTSC format) support for Full HD recording. Otherwise, both cameras support the same recording settings, with a top resolution of 4K video at 25 fps (PAL format) or Full HD at 100 fps. However, the new camera can now output 10-bit video to an external device via an HDMI connection while providing N-Log and HDR (HLG) support. New firmware (Version 1.10) released in February has added 4K UHD 50p/60p recording capability, along with the ability to export RAW video output to Blackmagic Design external recorders. It can also support the Blackmagic RAW and ProRes RAW formats. (Note that raw video is sub-sampled from 6K resolution.) 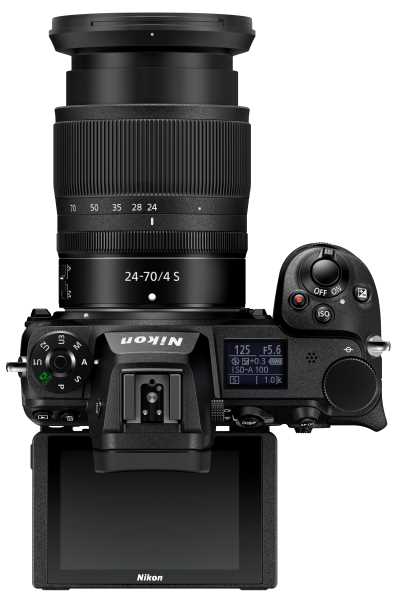 1. Adding a UHS II-compliant SD card slot to the existing CFexpress/XQD slot has made the Z6 II a more versatile camera, thanks to Nikon’s capable dual card support system, which gives users plenty of options for configuring how different files are saved to each card.
2. Retaining the same image sensor is justifiable since 24.5 megapixels is more than enough for most photographers. Users will be able to make A2 prints from captured images with no compromise in image quality.
3. The increases to image processing power in both the autofocusing and file management systems deliver genuine benefits. The native ISO range is now expandable by one stop below ISO 100 and two stops above ISO 51,200, with adjustments in 1/3 stop increments providing greater exposure flexibility.
4. The addition of human and animal eye detection to the existing autofocus detection capabilities of the Z6 will make the Z6 II more reliable for photographers who shoot portraits, sports and wildlife. The system retains the existing array of 273-point hybrid phase- and contrast-detection sensors that cover 90 percent of its surface to support accurate focusing and subject tracking.
5. New firmware has expanded the performance of Eye-Detection autofocus (AF) adding the ability to use Face and Eye AF while recording video clips.
6. As before, 4K UHD video recording uses full pixel readout based upon the full-frame image area, albeit with slight frame cropping. Although the camera is only capable of 8-bit in-camera video recording, the Z6 II can now output 10-bit video to an external device via an HDMI connection with N-Log and HDR (HLG) support.
7. Improvements to the refresh rate of the 3.69 million-dot EVF will allow users to frame and shoot video clips with the camera held to the eye and see exactly how the resulting recordings will appear. This makes it easier to record movies in bright outdoor lighting though not having to rely on the monitor (an issue with DSLR cameras).
8. The optional MB-N11 battery pack accepts two EN-EL15c batteries, almost doubling the camera’s shooting capacity. Users can hot-swap batteries when needed for greater endurance and also recharge batteries via a mobile power bank or AC adapter. The MB-N11 also provides a vertical grip with an additional shutter release and offers the same dust- and drip-resistance as the Z series cameras.
9. The built-in accessory terminal can be used with the MC-DC2 Remote Release Cord, while the camera is also compatible with the ML-L7 Bluetooth Remote Controller. Accessory microphones can be attached to the hot shoe on top of the EVF housing and the new camera is also compatible with the ME-W1 wireless microphone.

For a more comprehensive review with performance charts, click here.