FUJIFILM GFX 50S Mark II: The second edition of Fujifilm’s GFX50S medium format camera introduces in-body image stabilisation (IBIS), a built-in EVF and a new processor. It’s an excellent addition to Fujifilm’s medium format line-up and a welcome evolution of the 50-megapixel category. It also carries the lowest RRP on release of any medium format camera sold in Australia. For stills photographers, choosing this camera will likely be a no-brainer; it provides pretty much all of the features a photographer could want in a body that handles very nicely indeed. Less so for videographers…
RRP: $6499; $7299 with GF 35-70mm f/4.5-5.6 WR lens 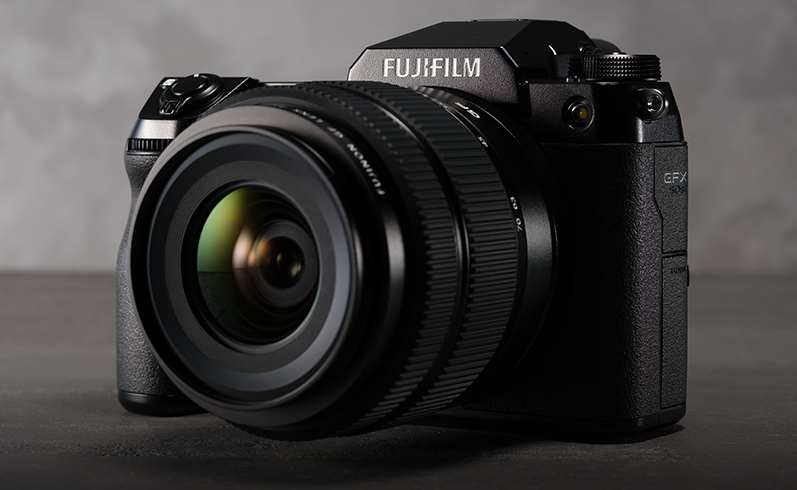 Smaller in size and lighter in weight than either of the current pro 35mm DSLRs, the GFX 50S II is also much lower priced, at $6499, compared with around $10,000 for the Nikon D6 and Canon EOS-1D X III. It’s even cheaper than the recently-announced Canon EOS R3, despite having a sensor that is roughly 1.7x larger in surface area. 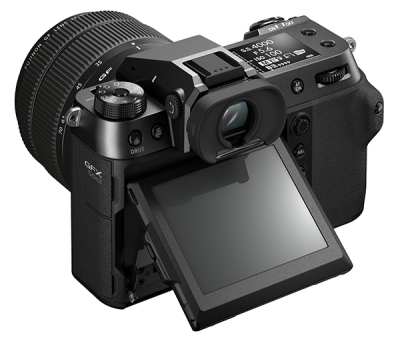 The magnesium alloy body of the GFX 50S II is almost identical to the GFX 100S, as is the control layout. Both cameras include 5-axis sensor-shift stabilisation; both use the same NP-W235 battery; both have dual SD card slots and both weigh 900 grams with battery and cards installed. But where the GFX 100S offered 100-megapixel resolution, the 50S II sticks with 50 megapixels, like its predecessor. And that’s roughly double the resolution of the EOS R3 and more than twice the resolution of the Pro DSLRs.

Multiple exposures are a new feature in Fujifilm’s 50-megapixel cameras, with a choice of Additive, Average, Bright and Dark settings, each with up to nine frames per sequence. IBIS has also enabled the introduction of a Pixel-shift multi-shot mode, which delivers a 16,480 x 12,360 pixel image with a resolution of approximately 200 megapixels and a file size in excess of 700MB. Focus bracketing has been added to the bracketing options – but it requires the camera to be tripod mounted to keep it steady during the exposure sequence. Continuous shooting remains at 3 fps but the buffer memory is expanded to accommodate more image files.

The new body makes the GFX 50S Mark II even more of a photographer’s camera than either of its 50-megapixel siblings. But its video recording capabilities are limited to Full HD 1080p with frame rates of 29.97, 25, 24 and 23.98 fps and a maximum bit rate of 50Mbps. This is well below the capabilities of many consumer-level cameras – and most smartphones.

Our Imatest testing showed resolution with JPEG files comfortably met expectations for the 50.1-megapixel files with the two lenses we used for our tests and exceeded expectations for RAF.RAW files captured simultaneously. JPEG files tended to show subdued saturation, which is seen by many as preferable to having vivid colours when images need to be edited. Exposures at low and mid-sensitivities were clean and relatively noise-free with a decent amount of highlight and shadow detail. Noise was only evident at sensitivities above ISO12800. 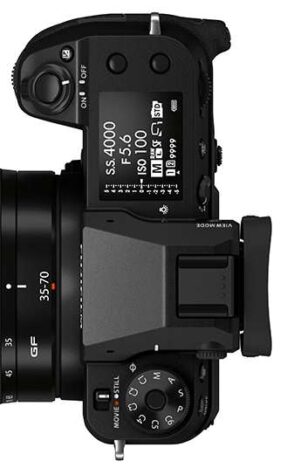 1. The GFX 50S II is a true stills photographer’s camera that offers medium-format quality in a body that handles like an enthusiast level full frame camera.
2. Its weather-sealed magnesium alloy body and built-in stabilisation make this camera ideal for location work and shooting in challenging conditions.
3. The contrast-based, 425-point AF system may not be as fast as the recent hybrid systems in the latest mirrorless cameras but is certainly no slouch. It gains a little speed from the new X Processor 4 image processor and we found it to be was fast enough in all the situations we encountered.
4. The five-axis image stabilisation (IBIS) system claims to provide up to 6.5 stops of shake correction and works with all G-mount lenses. Digital IS (which crops the frame) is available in movie mode.
5. The camera supports three different JPEG settings (Super Fine, Fine, Normal), as well as three RAF.RAW settings (uncompressed, lossless compressed and compressed). TIFF output (but only at 8-bit depth) is available via in-camera RAW development.
6. Continuous shooting is supported at up to 3 fps with the mechanical shutter or 2.2 fps with the electronic front curtain shutter selected. The buffer memory claims to be able to accommodate ‘endless’ JPEG, up to 31 compressed RAF.RAW frames, 35 lossless compressed RAW or 13 uncompressed RAW files.
7. The Auto White Balance function provides three options: Automatic, Ambience and White Priority plus three memories for saving settings in Custom memories.
8.. New modes added to the Film Simulations settings include Classic Neg., Nostalgic Neg., Eterna/Cinema and Eterna Bleach bypass. Clarity is also now adjustable in the camera across a range of +/-5 steps. In addition, Fujifilm’s Colour Chrome Effect and Colour Chrome blue modes are available with Strong, Weak and Off settings.
9. Finally, a USB-C terminal replaces the USB 3.0 port in the original 50S and the camera supports USB charging. A Bluetooth 4.2 wireless interface is inherited from the GFX 50R, allowing it to communicate with a smartphone.
10. The GFX 50S II uses the same NP-W235 rechargeable Li-ion battery as the GFX 100S, (this battery is also used in the X-T4). It is CIPA rated for approximately 455 shots/charge or around 80 minutes for movie recording.

For an extended review including performance charts, click here.