CANON RF 28-70MM F/2L USM: A fast, short range premium zoom lens for Canon’s full frame mirrorless cameras that boasts extensive weatherproof sealing and a sophisticated optical design. The high price of the RF 28-70mm f/2.0 L USM coupled with its size and weight will deter many potential purchasers, but for photographers who want impressive optical performance and robust construction, the investment is likely to pay off in the long term.
RRP: $4399 (street prices lower) 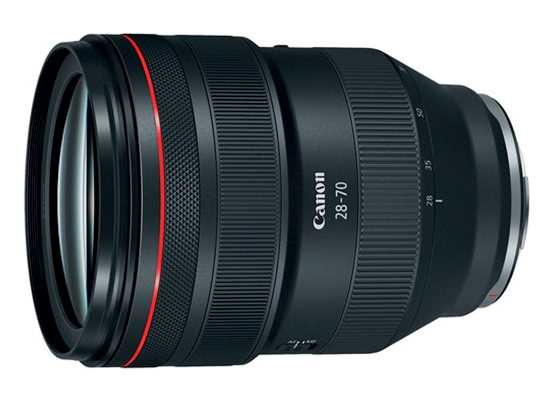 Although slightly shorter at the wide-angle end than conventional 24-70mm EF-mount lenses, the RF 28-70mm is much larger and heavier than its nearest EF equivalents. It’s also almost twice the price, probably because the extra stop of lens speed down to f2 requires much more glass. While the 28-70mm range is fine for general purpose photography, this lens is likely to be more attractive to wedding and event photographers where its impressive size will impress clients and its fast maximum aperture makes it more versatile than smaller, slower lenses.

Weatherproof sealing is extensive throughout the RF 28-70mm lens, with an obvious rubber seal around the lens mount that is wide enough to exclude moisture and dust. Like other RF lenses, it has three rotating rings, with a programmable control ring towards the front of the outer barrel, followed by the standard focusing and zoom rings. Focus is driven from the camera, while the inner barrel extends by about 20 mm when the lens is zoomed from 28mm to 70mm. The front of the lens doesn’t rotate, allowing use of angle-critical filters.

Optical performance was outstanding in our Imatest image quality tests. With JPEG files, resolution in the central area of the frame comfortably exceeded expectations for the test camera’s image sensor from f2.2 through to f8 at 28mm and f2.5 to f8 for the remaining focal lengths. Even higher resolution was obtained with CR3.RAW files, where edge resolution was able to meet expectations from f2.8 through to f8. Lateral chromatic aberration was very low in JPEG files, which are corrected automatically in the camera and aberration values between ‘negligible’ and ‘low’ were recorded for CR3.RAW files. Very slight barrel distortion was present in uncorrected raw files at 28mm, along with a similar level of pincushion distortion at 70mm. Vignetting was present at f2 in uncorrected raw files at all focal lengths but vanished by between f2.5 and f2.8. The lens was highly resistant to ghosting and flare. Bokeh was generally smooth and attractive. Autofocusing was fast and very quiet and the lens was quick to lock onto moving subjects and capably tracked moving subjects.

1. This premium lens is manufactured in Japan. With a weight of 1.43Kg and an overall length of 14cm,  is better suited to the heavier, more robust EOS R5 and R6 cameras than the relatively lightweight EOS RP.
2. Solidly built and weather-resistant, its optical design contains 19 elements in 13 groups with four aspherical elements plus three ultra-high dispersion (UD) elements (one of them Super UD). Air-Sphere Coating (ASC) has been applied to one surface with sub-wavelength coating (SWC) on another to minimise the effects of ghosting and flare.
3. Autofocus is driven by a ring-type ultrasonic motor and focusing is internal. It’s also very quiet and precise, making this lens equally suitable for shooting stills of video clips. The lens barrel doesn’t rotate during focusing so no external contaminants (dust or moisture) can be sucked in.
4. The minimum focus of 39cm provides some potential for shooting close-ups, particularly at the 70mm focal length, where an attractively defocused background is possible. The 70mm focal length is suitable for portraiture.
5. The lack of built-in stabilisation means this lens is best used on cameras with IBIS. But the fast and constant f2 maximum aperture provides good scope for shooting and recording video in poorly-lit conditions.
6. There is no distance scale or depth-of-field indicator but Canon’s EOS R cameras can display this information in their EVFs. A zoom lock is provided but we found it largely unnecessary due to the solid construction of the lens.
7. Corner softening was present across the zoom range but to a degree that would likely be irrelevant to most potential purchasers. (It is not corrected in the camera.)
8. The lens is supplied with the usual front and end caps plus a petal-shaped EW-103 lens hood, which is made from solid polycarbonate and can be reversed over the lens barrel during transport and storage. A soft carrying pouch is also provided.

For a longer review including performance graphs, click here