Wide aperture M43 standard zoom from Panasonic out of Leica

Panasonic says the lens is designed to be paired with the current Leica 10-25mm f1.7, with the two providing the equivalent of eight relatively fast prime lenses. It appears the lens is for M43 cameras only.

The new lens has boasts a minimum focusing distance of 0.28m when wide, and a maximum magnification ratio of .42x (35mm camera equivalent) for macro photography. The lens has a rugged dust and splash–resistant design, and is freeze–proof down to –10°C.

With its recent PR disasters around lack of support for relatively new storage products – leading to catastrophic losses for some customers – it’s perhaps canny for Western Digital to cast around for other markets. 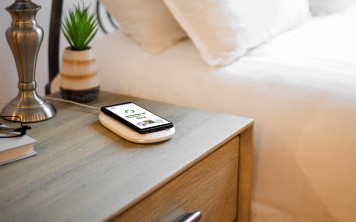 But WD isn’t just announcing a new wireless phone charger, it has something which ‘reimagines the capabilities of the traditional charger, offering peace of mind and the experience of waking up to a fully charged and backed-up phone.’ So just short of peace in our time then.

The SanDisk Ixpand Wireless Charger Sync is backed by a two-year limited warranty, and is available now in 64 and 128GB capacities at RRPs of $169 and $199.

Whether WD deserves any new customers following the oligopolistic arrogance displayed recently in not supporting its MyBook Live, My Book Live Duo, and then MyCloud storage devices is up to the market to decide.