Photos get physical through Covid

A UK survey sponsored by Fujifilm Instax has identified a resurgence in interest in printed photos through 2020. 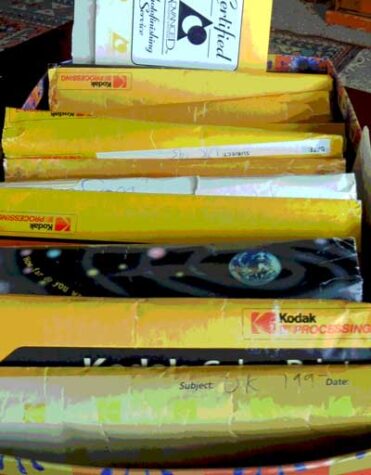 The December, 2020 survey of 2000 adults found that after spending so much time indoors last year due to the various Coronavirus lockdowns, 50 percent have had enough of the ‘virtual’ life and are developing a new-found appreciation for real things, like photos rather than digital images. As a result, almost six in 10 are turning to physical photos over their digital counterparts.

Nearly half of those who think there has been increased interest in printed photos say physical photos have ‘more value’ than digital ones. Almost a third (27 percent) also feel the novelty of only sharing their pictures online is wearing off. This is all wrapped up in a sense that the experience of 2020 has made people more sentimental and nostalgic. Around half of the survey group said they thought the UK had become more sentimental as a result of the pandemic.

The prolonged lockdown restrictions was nominated by 41 percent to have fuelled the print revival as people have been sorting out and organizing their photo collections. The rise in popularity of physical photos has also been attributed to people wanting more reminders of their ‘pre-Covid’ lives (33 percent) and thinking of the good-old days (37 percent).

It has also emerged photos are a pick-me-up. Sixty percent reported looking back on old photos when they’re feeling unhappy, stressed or looking for a way to cheer themselves up.

‘Research suggests that recalling positive personal memories can help elicit positive emotion and engage reward-related neural circuitry, which can be beneficial for wellbeing,’ said psychologist Dr Emma Hepburn. ‘Having these memories in physical form, for example, photographs around the house, can help create positive feelings on a daily basis when we see them.’  (Who would have known!)

The study has shown that 43 percent of adults felt by simply looking at a physical photo their mood was boosted, compared to just 12 percent who said the same about digital images.

‘Because of their physical nature, each photograph also has its own history,’ said Dr Hepburn. ‘So, we remember not only the event itself, but create memories and meaning around the physical object. We can feel attached to a photograph so the physical act of holding and looking at a photo creates emotions.’

A fifth of those surveyed said they were putting more of their pictures in frames, and there was also an increase in putting together photo albums compared to before lockdown. 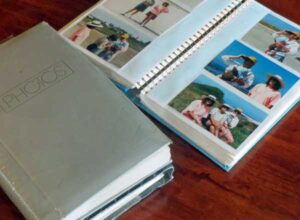 Why physical photos are having a revival (Instax survey):
– Real photos have more value than digital ones (49 percent);
– 2020 has meant people want more reminders of their loved ones around them (48 percent);
– People are becoming more sentimental (46 percent);
– A fear of losing digital photos if you have a tech issue (37 percent);
– The nostalgic element of the ‘good old days’ (37 percent).