Nikon Australia has announced a new service for professional photographers in the form of NX Field, a remote shooting system allowing users to link multiple Nikon digital SLR cameras, operate and adjust settings, and automatically upload images captured with the cameras to an FTP server. 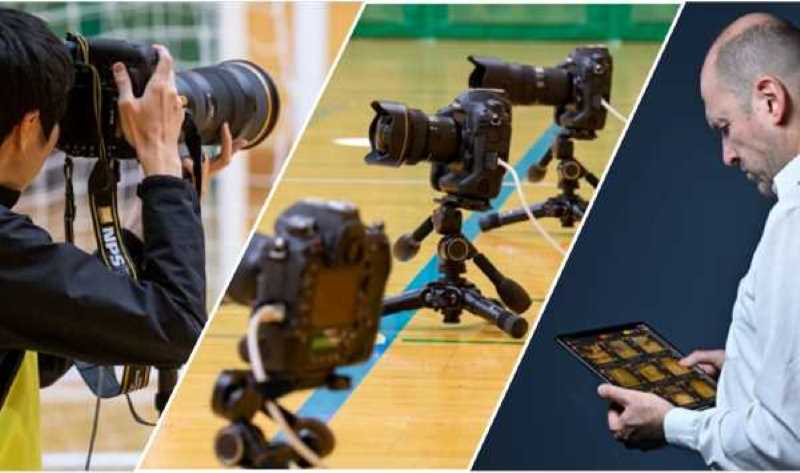 Nikon sees the new service as serving ‘those on the frontlines of news reporting’. With media and news agencies rapidly off-loading their fleet of photographers, a system in which one photographer can operate up to 11 cameras will appeal to the bean-counters at News Ltd and Fairfax! NX Field was developed in partnership with the AFP news agency. It would be interesting to get the take of working photojournalists regarding this development.

NX Field is currently compatible with D6 and D5 DSLR cameras, and will support the Z 9, Z 7II, and Z 6II in the future.

It enables remote cameras to be positioned in places that are not easily accessible, ‘such as the goal line of a race, a stadium ceiling, or in situations where there are a limited number of photographers allowed on site.’

NX Field will be installed for a fee which Nikon has not revealed, with the system run from a compatible Apple smart device running the NX Field app. It’s not compatible with the Android OS.

The master camera can be connected to multiple compatible Nikon DSLR cameras and simultaneously control the shutter release on the remote cameras via a wired LAN cable or wireless LAN. It supports remote shooting over 5G or the internet.

The app will control the shutter release on connected remote cameras and can be used to check the live view image, change camera settings, and check and upload images.

The system also enables immediate and automatic upload of images captured with the master and remote cameras to an FTP server. Nikon implies in the press release that a wired LAN connection will deliver greater stability: ‘not easily affected by external factors, such as a lack of sufficient Wi-Fi signal or congested Wi-Fi traffic,’ and in fact this was one of AFP’s requirements. But at the same time a wired system would have to reduce the potential placement of cameras.

You can’t stop progress, as they say, but what does the Inside Imaging readership think? Will this improve the lives of photojournalists, or simply reduce their numbers?