Our new NEW PRODUCT MUSTER is the place to go to find the most comprehensive ‘one-stop-shop’ new product coverage in the entire universe, complete with full press releases from the distributors… 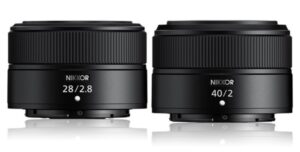 Nikon has announced two new full-frame macro prime lenses, the Nikkor Z MC 105mm f/2.8 VR S and the Nikkor Z MC 50mm f/2.8. They will be available in Australia at the end of this month. Though you won’t find this information in the attached press releases, the 105mm is being advertised at $1699 while the 50mm is $1099.

Nikon also announced there were another two full-frame mirrorless lenses in the pipeline, a Nikkor Z 28mm f/2.8 and a Nikkor 40mm f/2. They will be released ‘within 2021’.

Panasonic has announced a new 50mm standard prime for its L-mount range. The Lumix S 50mm f1.8 weighs 300g and has a dust and splash resistant design. It will be available in July at an RRP of $699.

Western Digital something something Sandisk storage

The new range includes a new CFexpress card for videographers and cinematographers; four card readers for various memory formats; a ‘Pro Dock 4’ four-card docking hub reminiscent of the old Lexar professional hub, and a dirty great 4Tb SSD with all the trimmings.