The Centre for Contemporary Photography is featuring renowned Melbourne social documentary/feminist photographer Ruth Maddison in a major and long-awaited career review, Ruth Maddison: It was the best of times, it was the worst of times, February 18 – April 18.

The exhibition focusses on Maddison’s work from 1976 to the current day. Bringing together key historical works with a major new commission, this exhibition is a timely and focused look at one of Australia’s leading feminist photographers.

Entirely self-taught, Ruth Maddison shot her first roll of film in 1976 under the encouragement of friend and photographer, Ponch Hawkes, and has hardly put down a camera since. Maddison’s work is represented in major public collections, including the National Gallery of Australia, National Gallery of Victoria, the Museum of Contemporary Art, the National Library and the State Libraries of Victoria and New South Wales. Her work is also featured in Gael Newton’s magisterial survey of Australian photography,   Shades of Light, and Australian Photography: The 1980s, by Helen Ennis. 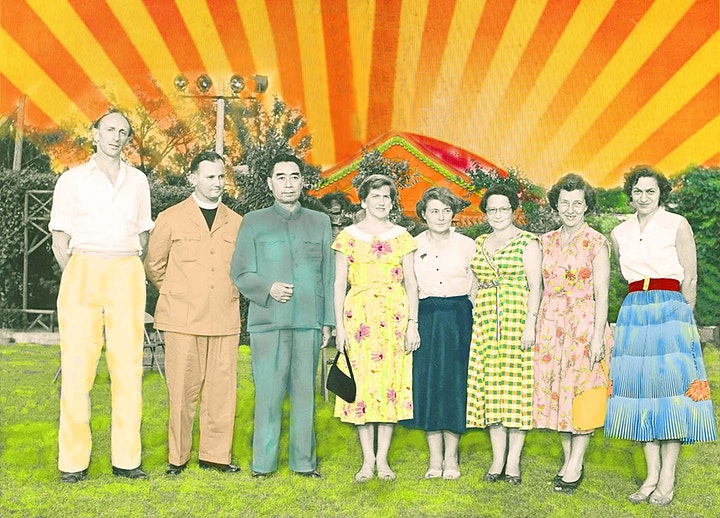 These works are presented alongside Maddison’s documentation of the cultural milieu of Melbourne with a focus on the late 1970s and 1980s. Her portraits of Melbourne’s leading writers, artists, theatre makers and musicians include Helen Garner, Tracey Moffatt, Steven Cummings, Jenny Watson, Mickey Allen, Ponch Hawkes and the founders of Melbourne’s Circus Oz amongst others.

Ruth Maddison moved to the NSW coastal town of Eden in 1996 where she has been documenting Eden’s people and industries and the changing face of regional Australia. The Eden teens captured in Maddison’s 2002 series have now splintered, with half leaving town for new opportunities and the other remaining. The two industries — fishing and timber — that have underpinned Eden’s economy for decades have been dramatically reduced. While the 2019 bushfires, followed by the COVID-19 pandemic have further economically ravaged a community trying to rebuild itself.

The newly commissioned work The Fellow Traveller (2020) is an immersive photographic installation exploring Maddison’s father’s radical political activities in Australia and overseas from the 1950s–1980s, which were under ASIO scrutiny. Combining archival material, footage and hand-coloured photographs among a sea of revealing and curious images, The Fellow Traveller presents the shifting nature of long held personal and historical truths at a time of increasing social and political urgency.

The exhibition opening is a ticketed event on the evening of Saturday, February 20, with the launch of the catalogue for the exhibition

Ruth Maddison: It was the best of times, it was the worst of times has been assisted by the Australian Government through the Australia Council, its arts funding and advisory body.