A collection of almost 200 prints by the father of modern photography, William Henry Fox Talbot, sold for almost US$2 million and smashed its auction estimate by almost four times. 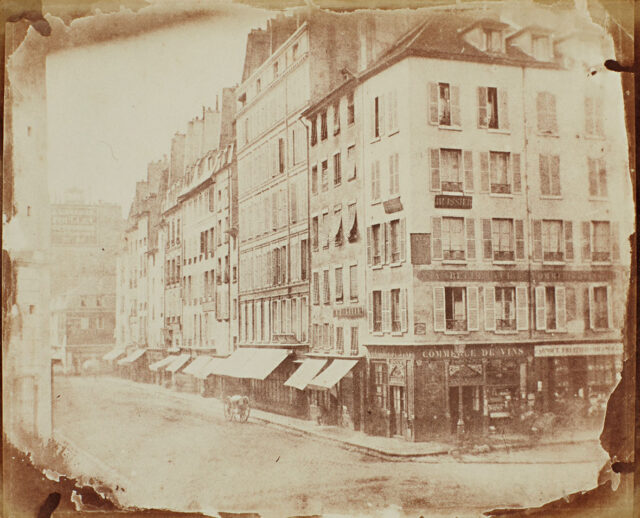 To celebrate 50 years of selling photography, Sotheby’s auctioned ’50 Masterworks’ by revered photographers. The Talbot collection was part of this selection, along with prints by the likes of Robert Mapplethorpe, Robert Frank, Ansel Adams, William Eggleston, Sebastião Salgado, Irving Penn, and Cindy Sherman.

Most of the 50 Masterworks lots sold within or below their estimates, or didn’t sell at all. However the Talbot collection sold for US1.96 million, smashing its estimate of US$300K – US$500K. Apparently the bidding was pushed along by six ‘determined’ punters.

‘This record-shattering sale is a true celebration of the birth of photography — the most inventive and beautiful artistic medium of our time. The fierce competition between bidders in Europe, America, and Asia demonstrates the enormous appetite among a broad base of collectors,’ Emily Bierman, Sotheby’s head of photographs in New York said. 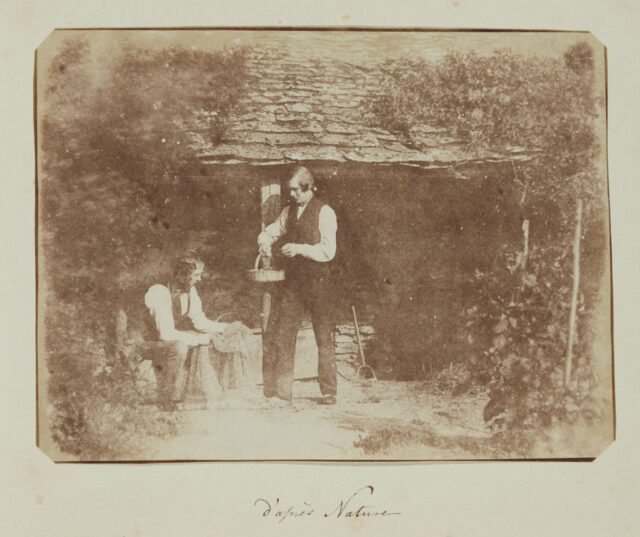 The pictures appear to primarily be from the 1840s, not long after the English inventor began his nascent experiments with photography in 1834 after growing frustrated with sketching while on holiday.

From Sotheby’s:
‘By coating ordinary writing paper with a solution of salt and, subsequently, with silver nitrate, Talbot created a light-sensitive surface capable of capturing an image. These early experiments, however, were short-lived, could only be viewed for brief periods by candlelight, and would fade rapidly when viewed in normal daylight. Indeed, Talbot was not the first to experiment with this chemistry; his initial print-making attempts, to an extent, recreate earlier work done by Thomas Wedgwood and Humphry Davy. Talbot’s great innovation to this process was to fine-tune the ratio of salt to silver nitrate: by using less salt and more silver nitrate, he made the paper more light-sensitive; and by applying a strong solution of salt after exposure, he discovered he could minimize the paper’s sensitivity to light. On a number of the photographs offered here, pencil notations, likely by Talbot, denote which side of the paper was sensitized. Talbot’s innovation was a momentous one for the history of photography in that it laid the groundwork for creating permanent photographic images that could be viewed as finished works themselves or could serve as negatives from which unlimited positives could be printed.

According to Sotheby’s, the collection consists of loose prints, albums, fascicles of ‘The Pencil of Nature,’ a complete ‘Sun Pictures in Scotland, and other ephemera. The Talbot collection was given to the photographer’s half-sister, Henrietta Horatia Maria Gaisford (pictured above), and remained with the family for more than 170 years.

The next highest seller was Nude, a print by Lee Miller, which sold for US$504K; followed by two prints by Irving Penn and Cindy Sherman. They both sold for US$252K.

Miller’s gelatin silver print from 1930 is one of two known versions. The image shows ‘a female torso with her back turned toward the camera’.

‘She is set against a rich, velvety background, its softness mirroring the gentle curves of the body, the top leg and lower arm folded in like bird wings. Miller captured the torso as if it were a headless, marble slab reminiscent of Brancusi’s sculptures of the 1910s and 1920s or Henry Moore’s works of the 1920s and beyond.’

Sotheby’s states the print epitomises the experimental style of photography Miller carried out while living in Paris with American surrealist artist, Man Ray.

Sherman’s 1979 large-format gelatin silver print, Untitled Film Still #37, is a 1/3 edition and came from the collection of late art historian and curator, Douglas Crimp. The print comes from the photographer’s series of the same name, Untitled Film Stills, which is comprised of 70 self portraits of Sherman dressed in various female guises.

From Sotheby’s:
‘These black-and-white photographs are Sherman’s most well-known, celebrated body of work. The project solidified her artistic practice of using her own body as the main element in the expanding repertoire of portraits that she continues to make. The provocative moment captured in each Untitled Film Still suggests a rich story, but Sherman never divulges the heroine’s circumstances. Likewise, Sherman did not title the Film Stills so that each one remains ambiguous and open-ended.’

Harlequin Dress by Penn was printed in 1979 and editioned 29/30. It appeared in American Vogue as the lead illustration for the April 1950 issue. Sotheby’s states it ‘demonstrates Penn’s extraordinary ability to marry editorial illustration, effective advertising, arresting portraiture, and exacting print technique within a single image’.

From Sotheby’s:
‘For many years, this image existed only within the context of the 1950 Vogue spread. Penn later admitted that he often felt “heartbreak” when he saw his photographs reproduced only within the confines of magazines. In the early 1960s he began to study the intensive, intricate platinum printing process. Penn relished the lush, velvety tones and fine detail created by this nearly forgotten method that had been the preferred photographic process of Alfred Stieglitz and Edward Steichen in the first two decades of the 20th century. The materials used to make platinum prints became too costly during World War I and the technique fell out of use. ‘