Tough times ahead for photographers?

Photographers are beginning to feel the negative affect on business as major events around the country are cancelled and the economy continues to stumble and fall.

While the spread of COVID-19 is having an immediate affect on event photographers, with clients cancelling or postponing events, it’s simply the latest blow to an already-fragile market.

In Australia, like other parts of the world, major events are being called off to prevent large gatherings at which the virus will spread – Victoria’s Formula 1; Dark Mofo in Hobart; bands including Bon Iver, The Pixies, singer Miley Cyrus, are among the high-profile event cancellations. This has all happened in the space of a week, and it seems to be the tip of the iceberg, with more event cancellations imminent over the next few months.

James Anderson operates Turbo 360, a Melbourne-based videography and photography company specialising in corporate events and weddings across Australia and New Zealand. His business has taken a massive hit, following the F1 cancellation along with other events.

‘The effects of the Coronavirus in our industry is well and truly kicking in. Our business alone has been hit with some pretty big cancellations as a result,’ he told Inside Imaging. ‘One of our biggest events of the year for photo and video services for is Australian Healthcare Week. Given the nature and subject matter of the event, we were anticipating that it would be one of the first to be impacted.’

On Monday, James contacted the client to ask whether the event would go ahead. He was given the all clear, but by the next morning it had been postponed until October. ‘Whilst we haven’t lost the job completely, it will still have significant impact on immediate cash flow, and of course it impacts our travel and accommodation costs which are non-refundable at this stage’.

James has a number of wedding jobs booked, including one in New Zealand next month. He’s bracing for more cancellations, but took the opportunity to give a plug to his new online start-up, Shootzu, which connects photographers/videographers with other crew including lead and second shooters – ‘we thankfully have the services of Shootzu.com we can rely on to be able to source local crew in those areas if travel restrictions come into place.’

We first contacted James on March 12, back when the F1 was still scheduled to go ahead. A day later, the race was cancelled – despite everyone and everything geared up and ready to go! This is a big hit for Turbo360, and a huge number of other businesses tied into events.

‘The situation is moving fast, and as corporate event coverage is one of our largest income streams, I’m somewhat fearful about further cancellations over the next few months… but what can we do?’ James asks. ‘We all just have to ride this out and do what we can to stay afloat which will mean going through our general expenses with a fine comb and look at the items we can do without or put on hold.’

With events dropping off on a daily basis, some photographers may be having a close inspection of the contract they signed with clients. Of particular interest would be the cancellation policy, which may provide a reimbursement. Pulling it in, however, is another question altogether.

Inside Imaging also spoke with Chris Shain, commercial photographer and copyright expert, who advocates for a robust contract that protects photographers in all possible scenarios – ‘whether it’s something like Coronavirus, or breaking your leg, you want to be covered by the contract’.

Chris points out that many large conferences and events are run by major corporations, which have their own Terms and Conditions. ‘Who knows what’s in there, and I doubt many photographers would read them at all. But I imagine they would protect themselves in these situations.’

It’s also up to the photographer to decide whether they want to potentially sour a relationship with a client over the cancellation. At this stage it’s hoped events or jobs later in the year won’t be cancelled – the immediate threat is over the next couple months.

James isn’t the only photographer feeling an impact from the Coronavirus. Across social media and beyond, numerous photographers and videographers are flagging job cancellations across all genres of photography. 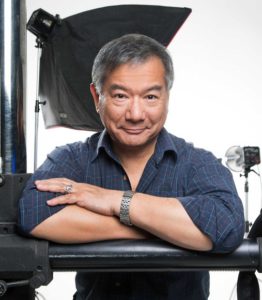 Melbourne commercial and fashion photographer, Anthony Leong (right), who operates Modform Photographers, has experienced an estimated 30 percent drop in work over the last six weeks compared to previous years. Commercial projects have ‘all but dried up’, and several fashion jobs have been postponed indefinitely.

‘The past few weeks have seen several of my clients pull out for all sorts of reasons, but high on the agenda has been mention of the COVID-19 virus,’ he told Inside Imaging. ‘Now I don’t know if it’s because of that or they changed their minds or whatever, but things have slowed down measurably.’

A couple of clients have provided notices to staff and suppliers, including to Anthony, informing them to minimise contact and, if possible, begin to work remotely or postpone events. This is historically a busy period for his Melbourne studio. While Anthony has enough bookings to keep things moving steadily, the cancellations are making a noticeable impact on his business.

Despite a slow period, whether attributable to the virus or the overall lacklustre economy, Anthony knows others in the industry who are doing it much tougher. Although for some it’s business as usual. 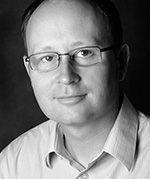 Sydney-based corporate and commercial photographer, Robert Edwards (left), has enjoyed a work schedule comparable with previous years. ‘Fortunately I have a diversified client base that adds variety and helps mitigate some of the risk,’ he told Inside Imaging.

Robert deals with clients ranging from small businesses to multinationals, across areas such as health, law, education, retail, fashion, IT, telecommunications, construction, and so on. For him, diversification is key – if one area drops another usually picks up.

While a number of his clients are worried about business due to a reliance on Chinese manufacturing, which is experiencing some delays due to COVID-19, one Hong Kong-based client is already back up to speed.

‘As a sole trader I’ve been through two recessions and even prospered during the GFC thanks to the Federal Government stimulus packages,’ he said. ‘However I’m concerned about the economic outlook this time, locally and worldwide. I’ve put the brakes on spending both in my business and personally.’

Chris is the director of Images For Business, which specialises largely in industrial and infrastructure commercial photography. His business isn’t as busy as last year but the infrastructure industry remains ‘very robust’.

‘We’re not knocking work back, we’re not working seven days a week like we have at times in the last five years,’ he said. ‘But it’s reasonably robust and jobs are coming in.’

Given the current economic situation, Chris speculates other areas of photography may be hurting much more than his niche of industry and infrastructure. For instance, he wouldn’t want to be doing packshots or product photography, given retail is taking a big hit.

The tightening economy has, in Chris’ opinion, worsened the commoditisation of photography. While devaluing photography by pricing it as a commodity has been happening for some time, Chris says he’s noticed more photographers offering unsustainable pricing.

‘It’s a pity – there are people willing to work for not very much money. While we’re not 100 percent sure, we believe the last contract we lost, someone came in at about half our price. It’s not sustainable, and not healthy. So we have decided we’re not going to compete with that.

‘Things are tight, for sure. But some of these larger tenders that are out and about, the price cutting that’s happening – I don’t understand why these people are doing it. It’s commoditising photography and this means it’s harder to sell the value that we create as image makers.’

He attributes this to the overall economic situation, rather than a singular event such as the bushfires or the Coronavirus.