The carnage wrought in 2020

An alarming number of long-standing Australian and global photographic institutions, companies, and programs have shut down or been dramatically restructured in the last 12 months, unable to withstand the pandemic.

The various organisations leaving us in 2020 were already in a vulnerable or weakened state – a shadow of a former self. For some organisations it was a matter of ‘when’, not ‘if’ and Covid was, to borrow an over-used idiom, the straw that broke the camel’s back.

But before jumping into what failed to survive 2020, it’s worth noting that it ain’t all bad. Throughout the year Inside Imaging spoke with various photo retailers, labs, suppliers and organisations who were doing well, as well as cautiously optimistic photographers.

Okay, Olympus Imaging hasn’t quite left us. But its camera business will not be the same, despite what Olympus wants everyone to believe. Olympus Imaging sealed a deal with Japan Industrial Partners (JIP), a company known for performing Frankenstein-like operations on terminally ill brands. While JIP positively spins its operations as ‘business unbundling’ or ‘reorganisation’, the various acquisitions made prior to Olympus doesn’t inspire confidence. Remember Sony’s Vaio? Under JIP’s captaincy, it’s drifted quietly into obscurity. So maybe don’t expect a Sylvester Stallone-written success story from Olympus, the plucky underdog which rises to the top after a inspirational montage of hard, sweaty training by coach JIP.

Over 12 months ago Olympus denied rumours it was planning to bail out of photography, and the business was most definitely not for sale.  The CEO then backtracked and suggested the camera business may be for sale. This sloppy performance didn’t inspire confidence, so maybe it was time for JIP to give Olympus the unbundling treatment.

The deal between Olympus and JIP is convoluted and down-right confusing. Relevant details only withstand for the ‘foreseeable future’, and some of Olympus’ promises feel a little disingenuous. Here’s what we know: There will be a new brand called ‘OM Digital Solutions’, however camera products will still carry the Olympus brand ‘for the foreseeable future’; and there is ‘currently no change to the business services in Australia/NZ… in the foreseeable future’.

A reliable source recently informed Inside Imaging Olympus will soon close subsidiaries in Malaysia and Singapore, which oversees Australian operations. The foreseeable future may be creeping up quick. 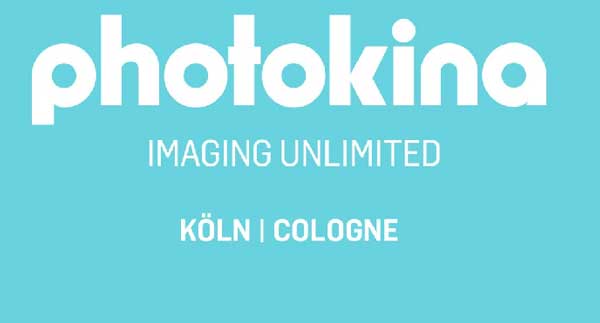 One of the biggest and longest-running photographic trade shows, Photokina, was looking weak at the knees for some time. Messing around with the dates brought Photokina’s showing within months of Japan’s CP+, and in 2017 Inside Imaging reported the two could no longer co-exist in harmony as brands wouldn’t have the capacity to exhibit at both shows.

So Nikon, Olympus and Leica pulled out of Photokina 2020, which would eventually be cancelled anyway. But the photo industry has less than 10 major camera manufacturers, so having a third not show up isn’t a good look. Considering Leica’s HQ, Wetzlar, is just a couple of hours drive from Photokina’s home, Cologne, how is it justified for someone to jump on a plane from Sydney, Tokyo, or New York?

Trade shows are struggling. They’re no longer in vogue, and there are new platforms for product launches. The pilgrimage from all corners of the world seems not only excessive, but impossible nowadays. It’s not to say there isn’t value in a trade show – the likes of the hard-working IPIC and CP+ remain relevant – there just doesn’t need to be an abundance of such elaborate meet ups.

Canon closed a bunch of in-house marketing and sales programs, as part of a major restructure which brought about numerous redundancies. Two casualties are the Canon Store – welcome news for competing retailers – and the cherished Canon Collective, a series of educational events run by Canon ambassadors.

Operating events from workshops through to photo tours, along with moderating a vibrant Facebook group with 17,500 members, Canon ambassadors were able to inspire keen amateurs while promoting Canon gear.

The closure suggests the Canon Collective wasn’t a major financial success in recent years, but it certainly nurtured a dedicated community and served as a catalyst for selling gear, and it’s difficult to place a value in dollar terms on such engagement. Former Canon ambassador, Greg Sullavan, left a warm comment reflecting on his time at Canon – a little perspective on what the Collective meant to many:

‘Today was the last day for the final two Ambassadors, myself and Scott Stramyk. I have been at Canon for more than 20 years and the final event was a tropical escape to Heron Island last week. It was a great program and a real point of difference between the brands. At the heart of the Collective was the community, some of whom are now earning a living as professional photographers themselves. We hosted 7600+ events, attended by 75,000 attendees. The end of an era for us and the start of new adventures for me!

Canon’s competitors, like Sony, have emulated the Collective program, showing that Canon is not only the market leader, but a marketing leader in its own right. Credit where it’s due.

Also seeing their demise at Canon this year were the Photo Pico and PrintNow printing businesses. Competing professional resellers in Sydney in Melbourne would dearly love to see Sun Studios join the list!

Inside Imaging recently interviewed a Sydney wildlife photographer, who spoke highly about ACP courses run by Martin Mischkulnig and Rachel Knepfer that taught him the skills to self-publish a photo book.

While some feel the ACP outlived its ‘glory years’, and there was a ‘noticeable drop in the standard of curation’ since the days of Alasdair Foster, the Centre still had relevance in the Sydney photographic community. Back in 2016, when the ACP moved from its home in Paddington, we observed the situation ‘all looks a bit sad’. Ffor many this was a mistake that marked the beginning of the end.

The ACP relied primarily on government arts funding, and we still don’t know why this financial support ceased on both a federal and state level. It’s no secret that arts funding is becoming harder to secure, but then again this is the age of Covid and the government is bailing almost everyone out. Ballarat just scored $6.7 million to go toward its National Centre of Photography! So we’re curious as to how the ACP lost its crucial funding stream 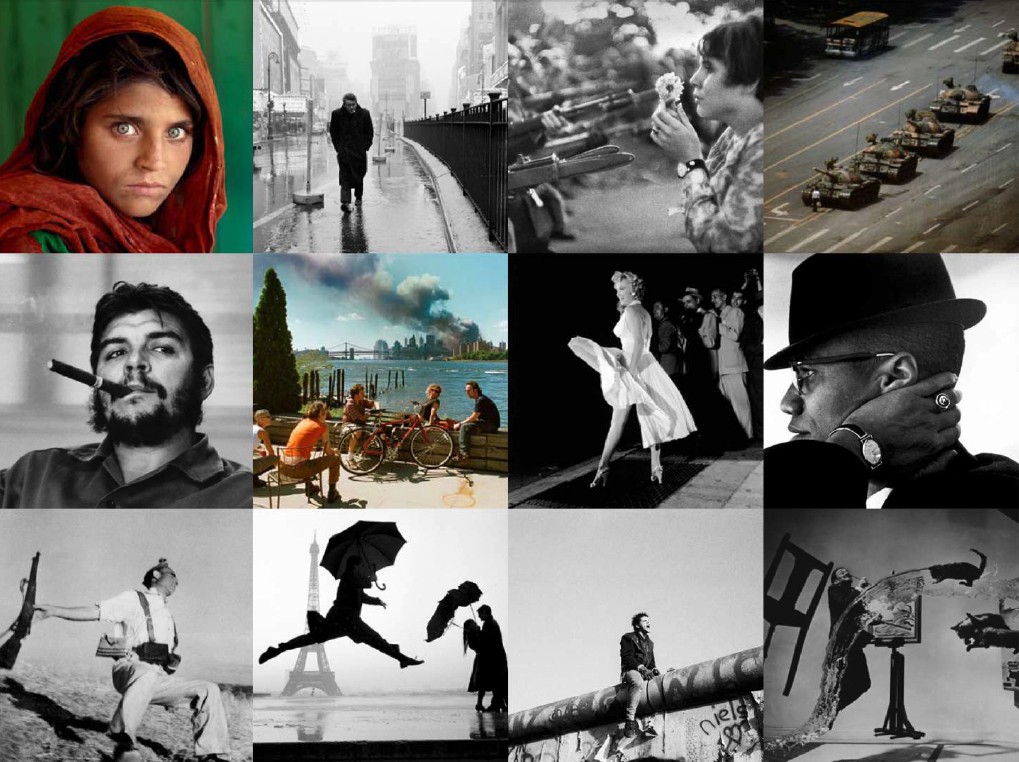 Besides Covid, there was another defining event of 2020 loosely related to the demise of various old (white and male) photography institutions: Cancel culture. Sure, it’s been around for a while. Terry Richardson – the ‘disgraced photographer’ who makes ‘Harvey Weinstein look like Bambi’ – was #MeToo’d and cancelled in 2017. Last we heard Uncle Terry was looking a bit sad, based on a Daily Mail paparazzi report from February, ‘Disgraced celebrity photographer Terry Richardson spends his New York Fashion Week eating alone in a cafe and picking up second-hand books‘.

But the social media-driven movement has moved on from pursuing overtly-creepy and potentially-criminal individuals, whose acts are documented and corroborated by multiple sources. For better or worst – time will tell – it’s begun taking aim at anyone with a connection to something perceived as offensive by today’s standards.

Take legendary Magnum documentary photographer, Martin Parr, for example. His affiliation with re-publishing a ‘racist’ photo book landed him in scolding hot water. Despite destroying the books, resigning as director of a photo festival, and issuing a public apology, it’s seemingly not enough for the activist spearheading the movement. ‘(Martin Parr) represents a generation of white, middle-aged men who do what they want without any consequences. He is the institution, and we are only beginning to dismantle it.’ – Whoa!

The next ‘middle-aged institution’ to be ‘dismantled’ was fellow Magnum photographer, David Alan Harvey. An Fstoppers writer stumbled upon an image series from 1989 of Thai sex workers in the Magnum archive, with tags suggesting half-naked women were underage teenagers. Convinced this was a major scoop – proof Magnum was distributing images of child sex abuse – the Fstoppers writer demanded answers. Will Magnum report Harvey’s images to the police? Will Magnum ensure that images of child sexual abuse in its archive are destroyed?

Magnum clarified the fiasco was a ‘mis-tagging’ error, leading to the ‘mistaken conclusion that they represent something they do not’. The tagging system would be overhauled. Harvey said the subjects were, to his knowledge, adults.

Harvey has since been suspended from Magnum for one year, after a separate complaint relating to a different incident was filed shortly after Fstoppers coverage.

The economic challenges brought about by Covid will further impact the photo industry. Nikon is in trouble, after failing to gain market share in the mirrorless full-frame market, and hopefully things will turn around in the next 12 months. Although we’ve heard on good authority that Nikon may close subsidiaries in Malaysia and Indonesia.

It’s worth highlighting the strength Australian Institute of Professional Photography (AIPP), which faced immense challenges pre-Covid and was in a financially vulnerable state. To stay afloat is such uncertain times is a real achievement, especially when considering so many of its members – working photographers – have been out of work this year. Sydney’s Head On Photo Festival also triumphed despite the challenges it faced this year, pulling off both the world’s first online photo festival and running a physical event after the NSW Covid-related restrictions eased.

And remarkably, as we mentioned in our introduction, we are hearing that many of our specialist retailers (outside of Melbourne, perhaps) not only survived but prospered during the various lockdowns through the year. These businesses have had a lot to contend with over the past decade or so. Smartphones and loss-leading 5- and 8-cent print offers from the likes of Big W and Harvey Norman spring to mind. A mere global pandemic wasn’t going to knock them off their stride!