The Wedding and Portrait Photographers International (WPPI) contests have bizarrely disqualified entries (while banking the entry fees) from a number of ‘jurisdictions’, including Tasmania, apparently due to unspecified ‘game of chance’ laws. 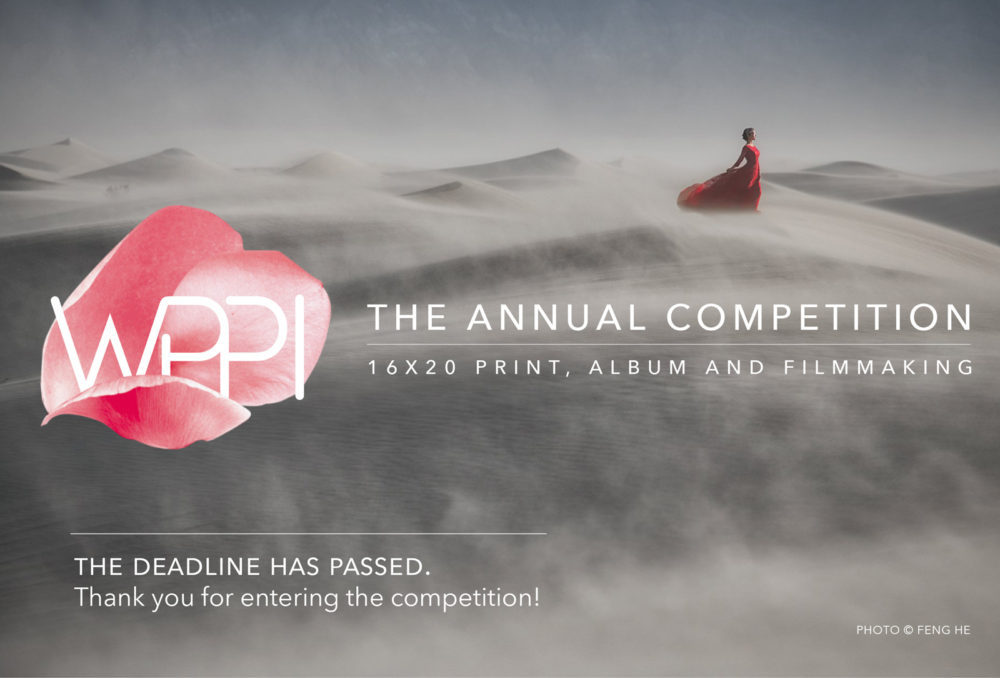 WPPI eligibility rules lists a number of countries where photographers must have residence in order to enter the contest. Australia is in this list, but with the exclusion of Tasmania. Residents from eight US states are also barred from entering.

The WPPI runs two highly-regarded competitions, an online and print contest, and a large contingent of Australian photographers participate by entering, judging, or holding administrative roles. The print contest, which just concluded, has a similar live judging and point system to the AIPP’s Australian Professional Photography Awards.

Back in May 2019 the WPPI informed entrants via a Facebook post in the WPPI The Annual group regarding the enforcement of eligbility rules. The statement cited differences in legal requirements across US states, and alluded to the organisation being liable if it allowed residents from these states to enter. But it did not elaborate or explain which laws may be broken.

‘WPPI appreciates and values its photographer community worldwide. However, local laws regarding contests and prizes vary widely between nations and even between states in the US. We are constantly reviewing the legal requirements for contest sponsors, and certain jurisdictions prevent us from opening the contest to their residents. We regret that the contest is void where prohibited and cannot be open to worldwide participation.’

The issue has again re-emerged after numerous entrants from ineligible areas paid the entry fee and entered the print contest, only to receive an e-mail days before the judging informing them they could not win an award or score points.

‘So while we are unable to provide you with points towards your Honors of Excellent designation, your work will be reviewed during the live judging, scored and potentially hung in the gallery exhibition,’ the e-mail to entrants said.

This is WPPI’s compromise. The organisation has collected the US$60-80 per print entry fee, and the photographers had incurred extra costs in printing and shipping their entries in good faith – unaware they were ineligible to enter. The WPPI (now part of the Emerald Expositions event management business which also runs the annual WPPI conference) has not offered the option of a refund.

The WPPI, likely under strict guidance from a lawyer, appears quite certain it would be in hot water if it were to award a prize to a Tasmanian photographer. Yet it seems to be the only global photography contest enforcing such rules.

In Facebook discussions, numerous disqualified and not-disqualified entrants have called for answers, both publicly and privately via e-mail to WPPI, and so far there has been no explanation.

There is only speculation among entrants regarding why photographers from places like Tasmania, Arizonia, Vermont, Maryland, North Dakota, Colorado, Nebraska, New Jersey, and Tennessee cannot enter. (Well, can enter but can’t win.)

Some suggest it relates to gambling ‘sweepstakes’ and/or contest laws in these regions. When it comes to US state law, this speculation appears correct. According to the book, Navigating Social Media Legal Risks: Safeguarding Your Business, by US lawyer Robert McHale, some US state Contest Laws prohibits merit-based contests when there is an entry fee.

‘Some states prohibit purchase [entry fee] requirements altogether (for example, Colorado, Maryland, Nebraska, North Dakota and Vermont), even if the contest winners are selected based on skill,’ writes McHale. ‘You should exclude entries from these states from online contests that have a purchase requirement.’ Read the excerpt here.

While contest laws appear clear in the US, locating a similar set in Tasmanian legislation is more challenging. According to DLA Piper’s ‘Guide to Prize Promotions Around the World‘, an online resource for exploring promotion regulation, Tasmanian law does not require permits or registration for skill-based competitions.

Inside Imaging asked William Long, an expert and advocate of fair photo contest T&Cs, if he has ever heard of these rules. His answer is no. He said that after two decades of monitoring thousands of photography contest rules, this is the first time he’s seen Tasmanians excluded.

‘I’ve especially never heard of a photo competition being considered a “sweepstake” or having to adhere to anti-gambling laws,’ he told Inside Imaging. ‘I think that it’s extremely unlikely that a US-based organisation would know the subtleties of Australian state and territory laws.’

Long also contacted a leading Queensland QC regarding whether the mooted draconian Tasmanian laws actually exist. The QC wasn’t aware of any such law existing.

While it remains a mystery regarding why non-mainland Aussies have been excluded from WPPI contests, it’s interesting that at least five US states do forbid for-profit photography contests to operate with an entry fee.

Even though these laws may never be enforced by authorities, it’s staggering to think how many photo contests are apparently flaunting laws in the USA. Let alone Tasmania!

(Inside Imaging approached WPPI last week for comment but has had no response.)