SONY α7S III: The long-awaited the third-generation model in Sony’s video-orientated Alpha 7S series has a new sensor and processor plus a huge buffer memory for continuous shooting. But it’s pricey, and expertise will be needed to get the most out of this camera because, even though there are improvement in the menu structure, it is complex to operate away from Auto mode. Users must also master the extensive array of recording modes and quality settings for 4K recording.
RRP: $5749 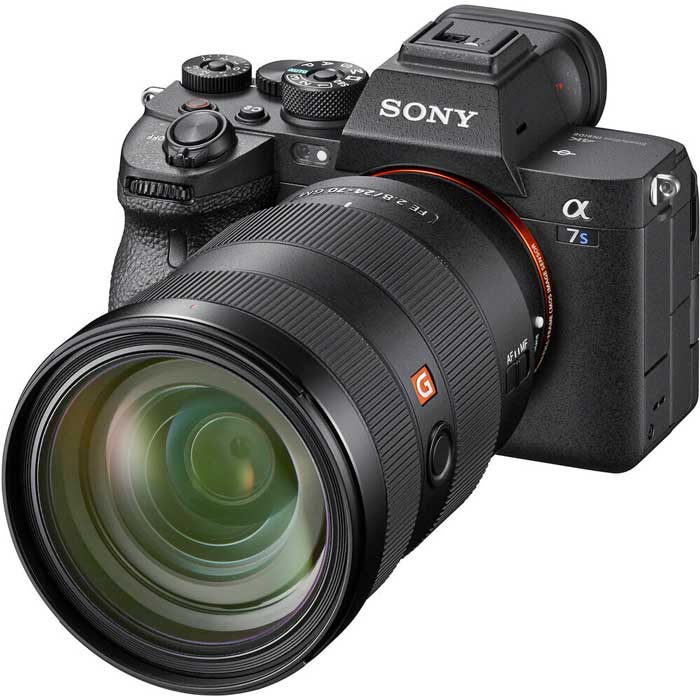 Announced in late July, Sony’s α7S III will be of interest to professional photographers who shoot video and require the sophisticated video features it offers, along with superior low-light performance. Physically, it’s a bit larger and heavier than its predecessor but it comes from the same factory and features dust- and moisture-resistant construction while maintaining the same overall design and build quality. The grip in the new camera is larger and more comfortable and the control layout is more user-friendly – as is the menu design. The movie record button has been shifted to the top panel and the rear panel gains a ‘joystick’ multi-selector which is mainly used for moving the focus area around the screen.

The α7S III boasts the highest EVF resolution available – 9.44 million-dot – which offers higher 0.9x magnification, a 41-degree diagonal field of view and a 25mm high eyepoint (all improvements over the α7S II). Dual card slots are another novelty since both can accept either UHS II SD or CFexpress Type A cards. The camera offers the usual recording options with continuous, split files and backup options available. A further improvement is with the battery, which is the larger NP-Z100 model and is CIPA rated for approximately 510 shots/charge with the EVF or 600 shots with the monitor.

Limiting sensor resolution to 12.1 megapixels has meant a pixel pitch of 8.4 microns square, which is significantly more than the 5.9-micron pixel pitch of Sony’s 24-megapixel cameras. Accordingly, the α7S III’s high ISO performance is outstanding, although at the upper limit of ISO 409,600, noise and softening are obvious, although colour fidelity is mostly retained. Video performance is outstanding, and the camera defaults to a relatively flat gamma in movie mode. Just about every video function a professional user could want is available in the new camera, except for Cinema 4K resolution support.

Autofocusing is fast and accurate and the α7S III provides plenty of flexibility, along with superior face and eye detection and tracking. The camera is also highly customisable to suit individual users’ requirements. 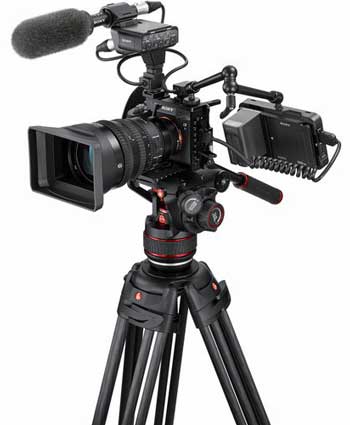 1. The 12.1-megapixel BSI CMOS sensor and BIONZ XR processor support a native ISO range from ISO 80 to ISO 102,400 with expansion down to to ISO 40 for stills and up to ISO 409600 for both stills and movies. Sony claims a 15-stop dynamic range at low-sensitivity settings.
2. The new dual-chip BIONZ XR image processor provides up to 8x more processing power than previous chips. It also minimises processing latency, increasing the speeds of both image and video processing and improving camera responsiveness.
3. The α7S III supports UHS 4K video recording at up to 100 fps (PAL format) without pixel binning and offers three versions of the proprietary XAVC S codec. Contrast presets are provided for Movie and Still gammas with industry-standard Cine and S-Log settings plus user adjustable black level, gamma curve and colour parameters (saturation, colour depth, colour phase, detail) settings.
4. Dual memory card slots are configured to accept both UHS II SD or CFexpress Type A cards. The SD cards have to be flipped since the contacts are on the opposite side of each card slot.
5. Five-axis IBIS provides up to 5.5 stops of camera shake correction with unstabilised lenses. The camera’s Optical SteadyShot Active Mode provides reliable stabilisation during movie shooting, including for 4K video. A new graphite-alloy heat-sink is built into the image stabilisation unit, allowing the sensor to dissipate heat five times more effectively than in previous models.
6. The HEIF (High Efficiency Image File Format) is supported for the first time in a Sony camera, as an alternative to JPEG (which is also supported). Users can choose to record RAW.RAW file pairs with either HEIF or JPEG files as the other partner. (Unfortunately, we were unable to open Sony’s HEIF files in either Sony’s software or Adobe Photoshop!)
7. Continuous shooting is supported at up to 10 fps in ‘full-frame’ mode. The buffer memory can accommodate more than 1000 frames, regardless of the file format.
8. The battery is the same NP-FZ100 pack as used in the α7M3 and located inside the grip moulding. It is CIPA rated for approximately 510 shots/charge with the EVF or 600 with the monitor.
9. The α7S III is the first Alpha series camera to support USB PD (Power Delivery).
10. Input ports are provided for external microphones and headphones and a wired remote controller. The camera also comes with USB Type-C connector that supports fast SuperSpeed USB 5Gbps (USB 3.2) data transfer and enables tethered data transfer. Built-in Wi-Fi supports 5GHz/2.4GHz wireless LAN (IEEE 802.11ac). The α7S III also has MIMO capabilities (multiple-input and multiple-output) to improve communication quality through use of multiple antennas. USB to high-speed wired LAN connectivity is also available and offers stable and fast FTP transfer for both movies and stills.
Distributor: Sony Australia; 1300 720 071; www.sony.com.au.
– Margaret Brown

For a more extensive review from Margaret, click here.