A round-up of bits and pieces from the local and international photo industry: Can’t fix stupid…35 new webcams from Sony…A tripod called Bucky…EISA shares the love around…

The word ‘unprecedented’ has been getting a bit of a workout of late, but the bollocking Eastman Kodak management received from White House trade advisor Pete ‘Make Kodak Great Again’ Navarro surely qualifies.

He was speaking on a CNBC public affairs program earlier this week.

In reference to the mess which ensued following the announcement of a $1 billion loan to the struggling US icon to kick start local generic drugs manufacture, the clearly exasperated Navarro sheeted the blame home to ‘probably the dumbest decisions made by executives in corporate history’.

‘Based on what I’m seeing, what happened at Kodak was probably the dumbest decisions made by executives in corporate history,’ he said. ‘We don’t know why that happened or what they did, let the investigation happen….I mean… it’s hard to be that… you can’t fix stupid, Joe, you just can’t.

‘You can’t even anticipate that degree of stupidity.’

The corporate affairs office at Eastman Kodak is reported to have issued a press release on the loan a day before the official announcement without any sort of embargo, which goes some way to explaining the run on Kodak shares. But that show of incompetence, along with other issues around executive share purchases and a large share transfer by another executive, could well see  what we described at the time as ‘one of the most miraculous reversals of fortune in modern corporate history’ reversed once again.

‘What we have with this project and Kodak may be one of the greatest second acts in American industrial history,’ the aformentioned Pete Navarro said about three weeks ago when announcing the loan. Looks more like vaudeville now. 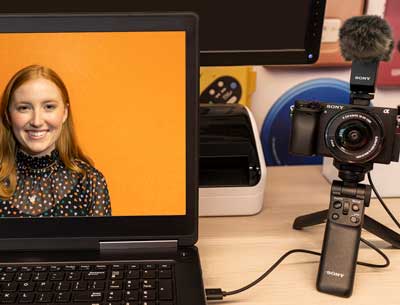 Imaging Edge Webcam allows users to live stream and video conference with a camera that also offers precise and responsive autofocus and other advanced camera features, not least of which being superior image quality.

‘Given the growing demand for live streaming and video communication, we’re excited to share a new application that offers loyal Sony customers the ability to quickly and easily transform their camera into a highly effective webcam for live streaming, video calls and so much more,’ said Jun Yoon, head of Digital Imaging Sony ANZ.

Ray is an ultra-compact travel tripod and Bucky, a more elaborate versatile tripod offering users an impressive working range. (Not sure ‘Bucky’ is a great name for a tripod though…)

Ray can support up to 30kg of camera equipment. It weighs just 1.27 kilograms (or 1.62 kg with the AirHed VU head), and folds down to an overall length of 34.2cm with five-section legs and a dual-section centre column to make packing easy.

Bucky features 3 Legged Thing’s five-section leg/three-section column design. With a kit weight of 1.87 kilograms and a maximum height of 1.892 metres, it ‘has the highest working range of any current travel tripod.’

Both tripods can be converted into monopods or used as table-top and low-level tripods.

EISA shares the love around

With 10 Best camera categories, and 11 Best lenses, we are spoilt for choice by the annual EISA (Expert – formerly European – Imaging and Sound Association) Awards, chosen by a panel of magazine editors.

Winners are as follows: 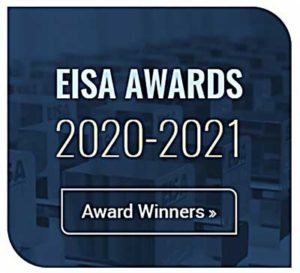