Don’t get too excited – it’s in the UK, but Fujifilm UK has launched a ‘shop local’ marketing campaign to support photo retailers who have been able to reopen their physical stores. The ‘shop local’ message is being advertised nationally in the UK to help small businesses boost sales after the long period of closure and also aims to helps customers rediscover the joy of photography.

‘With over 30 percent of retail businesses with an ecommerce service reporting an increase in online sales during May (according to the Office for National Statistics), it is a clear indication of the appetite for consumer goods,’ said Fujifilm UK marketing manager, Gloria McCann. ‘As a result, it is really important that we help photo retailers make the most of this demand as they re-open in order to have the best chance of business recovery. When customers choose to shop local, they are supporting businesses in their communities, as well as getting an amazing photo product.’

All Fujifilm retailers in the UK have been provided with Covid-19 safety advice to encourage both safe working practices for staff and shopping experiences for customers. During the lockdown the company suspended all partner fees until August 2020 and offered free business development webinars. Impressive, eh? 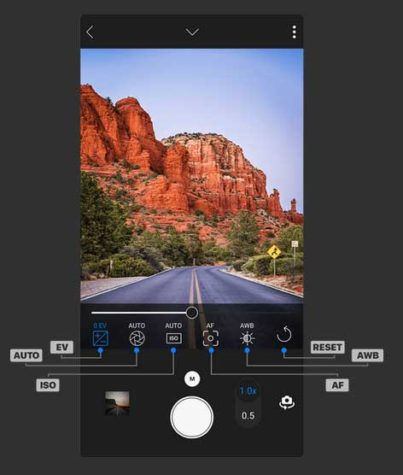 While we touched on this in a recent article, it’s worth noting that ON1, one of the contenders hoping to loosen Adobe’s stranglehold on image editing and management, has released ON1 Photo Mobile, a free app which will replace and supercharge a smartphone’s built-in camera app. Key feature is enabling the smartphone to shoot in RAW format. It  allows adjustment of settings such as ISO, Exposure, Contrast, Shadows, Mid-tones, Highlights, Whites, Blacks, White Balance, Noise, and Sharpening. Built-in filters applied when the image is in-cameras include black and white film grain, vignetting and enhancing local contrast. The app uses the ON1 Photo Raw 202o raw processing engine.

It’s available in iOS/iPad OS and Android versions, but isn’t compatible with every smartphone. And a word of warning – while iPhone and iPad users give the new app a big thumbs up, user reviews over in the Android world indicate its still a bit flakey, especially with Samsung phones. An upgrade is flagged for this spring.

This new long telephoto, announced back in January 2019, has ‘an estimated scheduled release of later 2020’.

The new lens roadmap features two new lenses, the M.Zuiko Digital ED 8-25mm F4.0 PRO lens, as well as an ‘unspecified macro lens’. Release date is also unspecified. In fact, the roapdmap flags no less than eight future lenses at some time in the indeterminate future.

‘Olympus will continue enhancing its lens lineup to maximise the unrivaled system portability made possible by the compact, lightweight, high image quality of the Micro Four Thirds System,’ the release states.

Another development in the pipeline is ‘to add Bird Detection capability to the Intelligent Subject Detection Autofocus of the OM-D E-M1X camera.’ Scheduled for release ‘late 2020’.