As more clients now request both stills and videography, a new Australian tech start-up, Shootzu, has taken on the task of connecting photographers and videographers with fellow shooters. 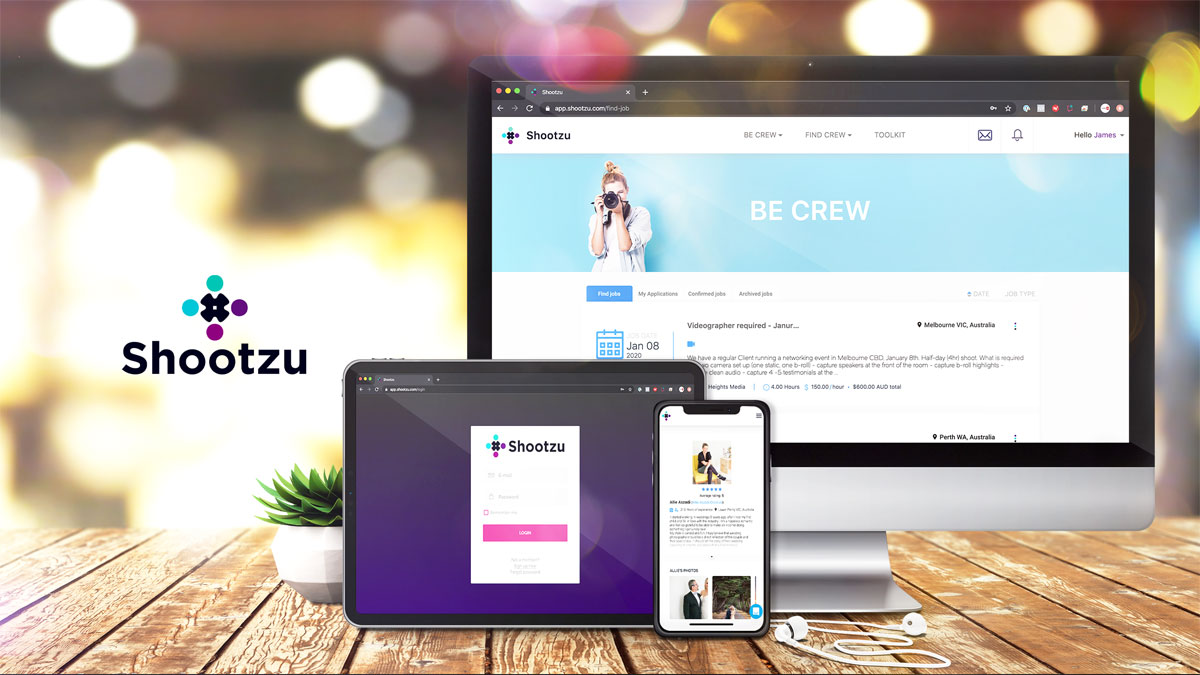 In over a year since launching the Shootzu the founders, James and Laura Anderson, say more than $135,000 worth of jobs has gone through the platform. This proved there is real demand for a platform that helps solve a problem many photographers face: finding quality, vetted crew.

Plenty of tech start-ups have attempted to solve photo industry ‘problems’ which never really existed, with the focus on photography clients. This can quite literally come at a cost to working photographers. Snappr, for instance, has assembled an army of mostly semi-pro photographers who are willing to work for peanuts; while OneFlare and AirTasker are job-seeking platforms which requires photographers to engage in a bidding war for jobs.

‘The big difference between us and other start-ups specialising in photography, is we’ve absolutely built Shootzu for the businesses in the industry,’ Laura informed Inside Imaging. ‘It’s business-to-business, rather than business-to-consumer. We don’t want to degrade the industry.

‘The concept was to create a platform that’s fair for the industry, and responds to some of the disruptions that are out there for photographers and videographers who are small business owners – to help them grow and scale.’

Laura’s husband, James, has been in the videography game for over two decades. Over the years, he realised that many solo operators have a limited network, and it could be a real challenge finding additional crew when bigger projects came knocking.

This approach can yield mixed results. There are plenty of bad experiences where a second shooters is never paid, or over-exaggerates their skills and is thrown into a job beyond their ability.

‘On one side crew might work for a business owner, hand over the files and never hear back from them – they never get paid. And on the other side, someone might believe they are hiring someone who is an established professional only to discover that the footage they shot is unusable. What we wanted to do is ensure that we’re protecting both the crew and the hiring businesses. We researched how to make a proposition that benefits both sides.’

Shootzu costs $135 per annum. Photographers and videographers sign up, upload a portfolio, provide an ABN, location, and other information such as websites/social media pages. It’s open to professionals in all stills and video fields – commercial, advertising, weddings, family portraiture, and so on.

Shootzu vets all new users by checking the portfolio is up to standard, ensures the work is their own and the business has an active presence. James has hired his fair share of crew, so he knows the red flags and warning signs, and it’s mandatory to supply an ABN and portfolio.

When a job is posted, users from the area receive a notification via e-mail or through the app, and the post includes details covering who they’re looking for, the hourly rate and duration.

‘We vet all the ads, so no one will be paid in “exposure”, or for $10 per hour. We’ll knock that back, because that’s not an acceptable rate,’ Laura explained. ‘After doing research, we’ve found the average rate for second shooters is around the $50 (per hour) mark, while the first shooter is more like $100-150. Obviously, the higher the rate, the higher the quality and numbers of applicants.’

Applying for a job is simple, with a one-click application. The employer then goes through the applicant profiles to pick an individual the job, and sends them an offer which must be responded to within 24 hours, before the employer may select another person.

‘We’ve had a lot of last-minute jobs. Maybe someone hurt themselves, or there is an illness in the family. In these cases, we’ve found Shootzu has been really positive for finding another shooter.’

Employers can also opt in to Shootzu Protect for a 5 percent fee of the job cost. This provides insurance, including public liability and indemnity, handling of payments, contracts and agreements, and other features.

Shootzu has rolled out across Australia and New Zealand, and has only just launched in the US. However, Laura says most users are from Australian east coast states, and across the dutch.

It’s free for new users to sign up to Shootzu, with a trial offering one job posting and three job applications.